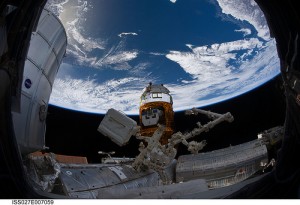 Space buffs and music buffs alike should be thrilled by a song video with a difference that’s just been posted to YouTube – all the way from the Earth’s orbit!

Canadian astronaut Chris Hadfield, the out-going commander of the International Space Station, returns to Earth today and decided to mark the end of his tenure by performing and recording an acoustic cover of David Bowie’s immortal 1969 inter-galactic hit Space Oddity – while floating in zero gravity around his very own ‘tin can’ inside the space station against the backdrop of outer space, 230 miles above the Earth, making it the first ever music video to be filmed in space. Beat that, Major Tom!

The video marks a triumphant culmination of a six-month tour aboard the station that has seen Hadfield become a global social media superstar through his Twitter account, which he began with the aim of raising awareness and reigniting enthusiasm for space travel, recording every detail of his stay in space backed by some stunning shots of the Earth from orbit. To date he’s amassed over 770,000 followers – doubtless now a few music promoters among them!

Today marks the beginning of World Space Week, an annual international celebration of the many benefits of the exploration of outer space.

This year’s theme for the event is “Space for Human Safety and Security”, which seeks to extol the virtues of how much Earth observation, navigation and telecommunication satellites are used everyday to protect humans and safeguard our environment.

Chosen specifically for this date by the UN General Assembly to mark the succesful launch of Sputnik 1, the first man-made satellite, on October 4th 1957, and the signining of the ‘Treaty on Principles Governing the Activites of States in the Exploration and Peaceful Uses of Outer Space, including the Moon and Other Celestial Bodies’ on October 10 1967, World Space Week has been held every year since 1999, and seeks primarily to educate people about the positives of space exploration and encourage better public understanding and support for space programmes.

We’re very keen on space in the Library, and not just the kind students look for for studying in! We possess a large range of material about space flight and the history of astronautics, including access to NASA’s Scientific & Technical Information (STI) web site among our extensive array of Aeronautical databases.

For more information about World Space Week, including an opportunity to participate in a ‘Tweet-up’ with legendary Apollo astronaut Buzz Aldrin, visit their website here: 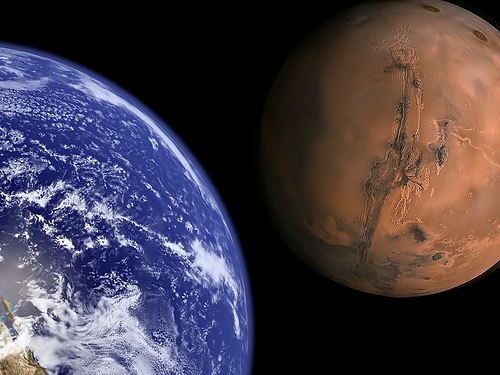 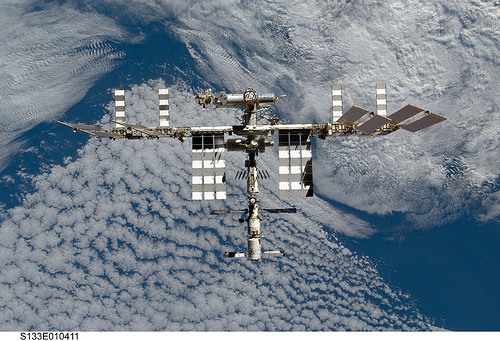 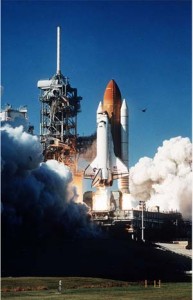 The Space Shuttle Discovery, the flag-ship of NASA’s Orbiter fleet, was today launched on its final mission into space, drawing another glorious chapter of manned spaceflight closer to a close.

Discovery was first launched in 1984, and this will be its 39th outing – more missions than any other vessel in the fleet. When it lands back on Earth in nearly two weeks’ time it will have covered a massive total career distance of 230 million km – which is further than the distance from the Earth to the Sun (149 million km)!

During this last mission Discovery will be visiting the International Space Station, where it will be delivering a new storage module and, more excitingly, NASA’s first humanoid service robot, Robonaut R-2, designed to assist the Space Station crew with their duties and which NASA hopes will be the first in a generation of android assistants, rather like Star Wars R2-D2!

Only two more Shuttle flights remain to be launched this year, involving Discovery’s sister ships Atlantis and Endeavour, before the fleet is retired for good after 40 years of invaluable scientific service.

The Library has access to a wide variety of information on the subjects of space exploration in our Aeronautical Engineering section on Metalib, including access to NASA’s own Technical Information database.  And you want to find out more about the economical ramifications of the space programme, you can find a wealth of information through databases such as Business Source Complete. But if you’re interested simply in the history of manned space flight, why not dip into the newspaper archives on Nexis UK, where you can read all about it?