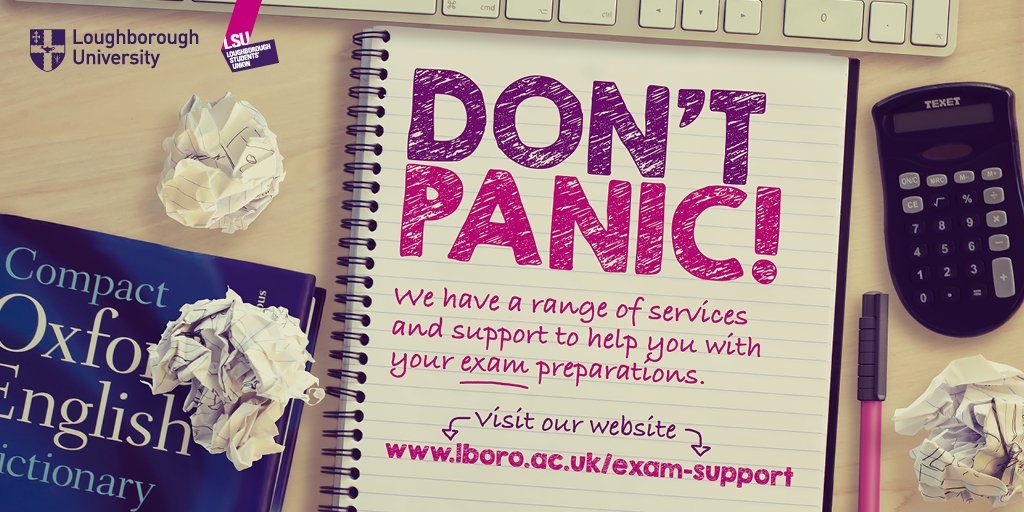 Worrying about your exams? Don’t panic – there are a wide range of resources available on campus to help you through the stresses and strains of the exam period, ranging from a wide variety of study spaces (that’s right, not just us!), IT help and personal and medical advice if things are getting on top of you. Visit the University’s one-stop exam support page here – https://www.lboro.ac.uk/students/exam-support/ – for more info. 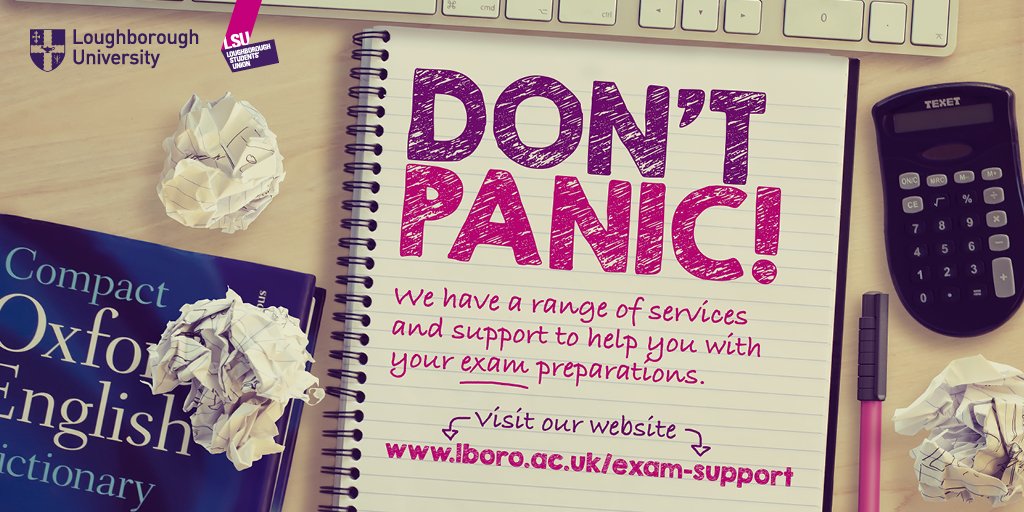 It’s that time of the year again! But don’t panic – there are a wide range of resources available on campus to help you through the stresses and strains of the exam period, ranging from a wide variety of study spaces (that’s right, not just us!), IT help and personal and medical advice if things are getting on top of you. Visit the University’s one-stop exam support page here – http://www.lboro.ac.uk/internal/news/2018/january/exam-support.html – for more info.

The Library may seem like hub of all exam activity on campus, but there are a variety of other study facilities and support hubs student can fall back on during the exam period. To that effect, the University have created a simple one-stop shop web site detailing all the study support and learning facilities available right now on campus, ranging from study spaces and computer labs to personal support should things start to get on top of you.

The University have compiled a helpful web page detailing all the resources available to students during the January exam period, covering the availability of study spaces and computer labs across campus (no, the Library isn’t the only place to study!) along with details and links to the many and various other means of academic and personal support you can receive from the University at this busy and stressful time.

Be sure to bookmark it for further reference – it’s available here: 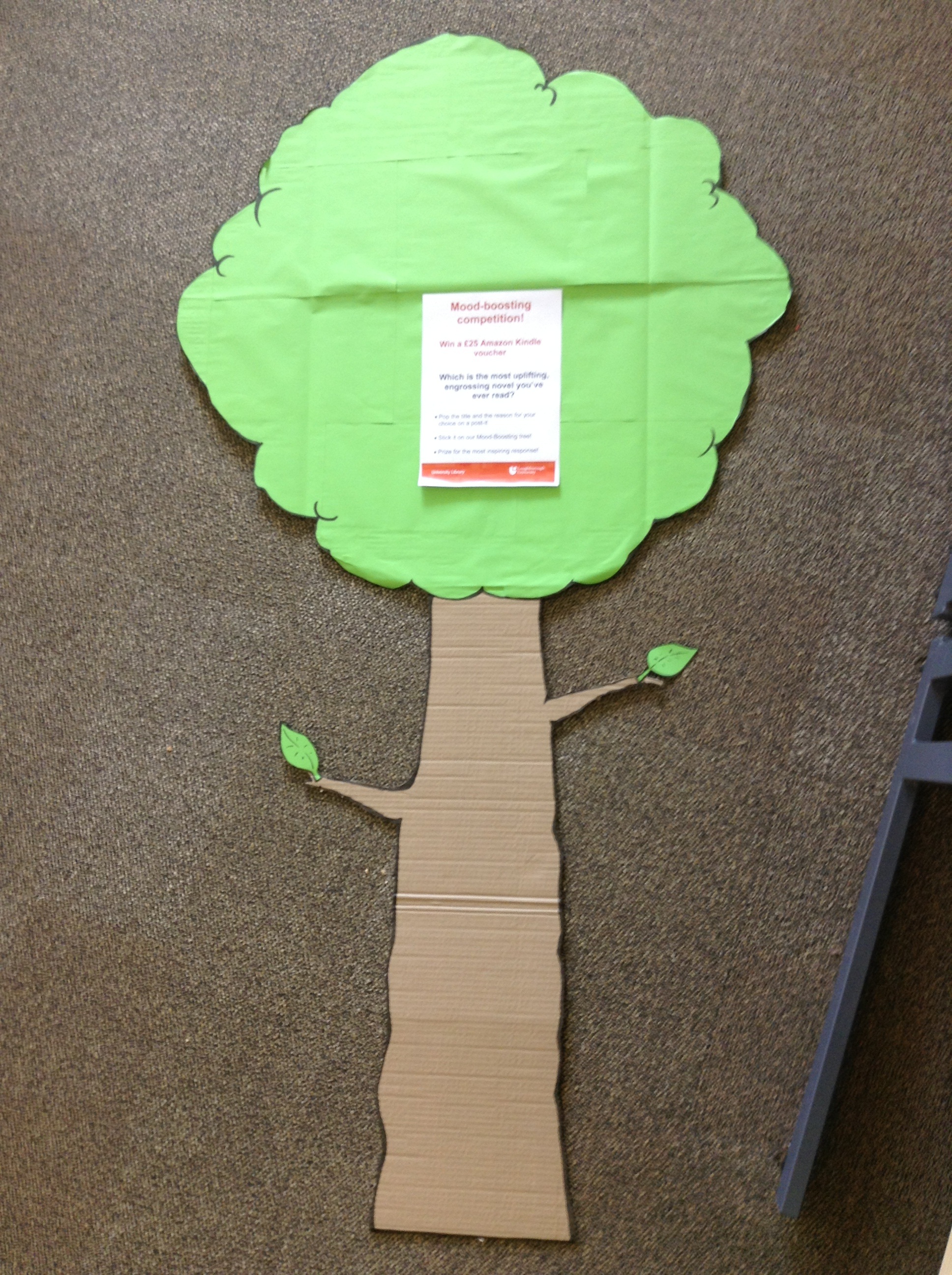 Tomorrow is University Mental Health & Wellbeing Day, and to mark the occasion there’s a day of fun-filled events happening down at the Student Union Building between 12-4pm.

We’ll be running a stand down there too, to promote our Leisure Reading collection and its new section of Mood-Boosting books (recognisible upstairs by their new shiny stickers!) and another section of ‘Books on Prescription’ (self help titles based on cognitive behavioural therapy), as well as our student book club, Club 790. To find us, just look for the tree! It’s not just any old tree, though – we’ll be asking you to name the book or novel that has done the most to lift your spirits or boost your mood, write down why and stick it on the tree (pictured just opposite). The most creative & inspiring response will receive a prize of a £25 Amazon Kindle voucher.

If that isn’t enough to put a smile on your face, then there’s bound to something else happening down at the SU that will, including a tasty Farmer’s Market by the fountain, a bouncy castle, a chance to learn some circus skills, and a wide programme of uplifting talks and advice sessions, all set to the soundtrack of live acoustic music. And the Vice Chancellor himself will be signing the Time to Change pledge on behalf of the University and the Students Union at 1pm. What more could you ask for to brighten your day?

The ultimate aim of University Mental Health & Wellbeing Day is to inspire people to think about and challenge the stigma which unfortunately still surrounds mental health issues. For further information about the day, take a peek at this poster. And to find out more about our new Mood-Boosting selection, visit this site by the Reading Agency which tells you more about the scheme.

This afternoon at the Stewart Mason Building the Careers & Employability Centre are running an event offering advice and information to disabled students (including those with long term health conditions, dyslexia and mental health issues) who are looking to go into employment or onto a placement.

There will be an information stand and talks and workshops on subjects such as disclosure, reasonable adjustments in the workplace and Access to Work. Employers including Accenture, KPMG, HSBC, The Teaching Agency and EmployAbility will also be present to give talks. Reach Data Technologies are also hosting a stand and will be running a competition to win some state-of-the-art equipment.

The day will end with a Q&A  session and a networking buffet dinner where students will be able to talk informally with employers, alumni and other expert staff.

For the full programme of events and to sign up for the day, visit this link:

As a further inducement, goody bags are available for the first 50 people who register! 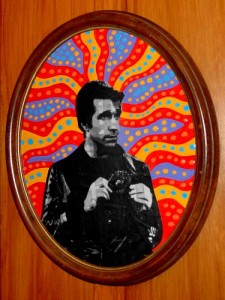 Henry Winkler as The Fonz (by geoftheref, reproduced under CC license)

Actor Henry Winkler may be better known to millions as TV icon Arthur ‘The Fonz’ Fonzarelli from the hit US TV comedy Happy Days, but this week he received an honorary OBE in recognition of his work to highlight awareness of dyslexia in schools.

For the last two years, Mr Winkler, who was himself diagnosed with dyslexia as a adult, has toured UK schools talking to children about the learning disability, with the aid of a series of children’s books he has written chronicling the day-to-day issues facing a youthful dyslexic, Hank Zipzer.

British ambassador Nigel Sheinwald presented the OBE to Mr Winkler during a ceremony at the British Embassy in Washington and said of the actor when presenting the award:

“Thousands of young people have seen him as a role model and an inspiration for overcoming their learning challenges.”

Although the University can’t call upon the services of the Fonz, we do have the next best thing, courtesy of our own Disabilities and Additional Needs Service (DANS), which is here to provide support, advice and guidance to students suffering from physical and learning disabilities such as dyslexia.

To find out more, why not visit their website here?