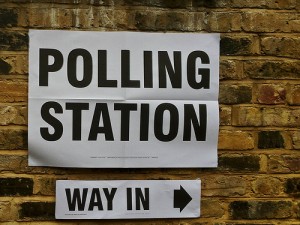 This Thursday the country goes to the polls as council elections are held in 35 local authorities in England and Wales, including Loughborough’s Charnwood Borough.

These elections are of particular note for some areas which are undergoing significant boundary changes, which will result in a decrease in the number of seats on certain councils. As it stands, more than 2300 seats are being contested. The Conservatives and Labour are putting up candidates in most seats, with 2,263 and 2,168 candidates respectively. The Lib Dems have 1,763 candidates, closely followed by UKIP with 1,745 candidates and the Green Party with 893 candidates. Other parties standing include the BNP, with 99 candidates and the English Democrats, with 38 candidates. There are around 900 independent candidates.

The BBC have a handy list of all the political parties on their politics website here, including links to all the various government ministries and departments as well as the House of Lords, the Scottish & Welsh Assemblies and the European Commission.

We also have access to a broad range of national and international governmental and political information among our databases on Library Catalogue Plus, notably the Worldwide Political Science Abstracts and the British Humanities Index. Why not have a browse today?

Image by Secretlondon123, reproduced under CC License from Flickr.