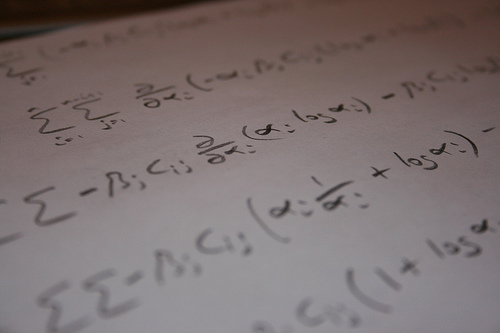 Professor Maryam Mirzakhani of the Stanford University, California, yesterday made history by becoming the first female mathematician to win the prestigious Fields Medal, the mathematics equivalent of the Nobel Prize.

The prize, founded by Canadian mathematician John Fields in 1936 and awarded every four years at a ceremony hosted by the International Mathematical Union, was awarded to four mathematicians in total, with Professor Mirzakhani winning the top prize for her work in complex geometry. Professor Martin Hairer, from the UK’s University of Warwick, also received a medal for his study of partial differential equations.

We have a vast amount of books and journals dedicated to the subject of mathematics, located downstairs among our collection on Level 1. We also have a wide variety of databases on the subject, including MathWorld, an interactive mathematical encyclopedia, and PlanetMath, a virtual community dedicated to help make mathematical knowledge more accessible. Why not have a browse?

Image by Robert Scarth, reproduced under CC License from Flickr.