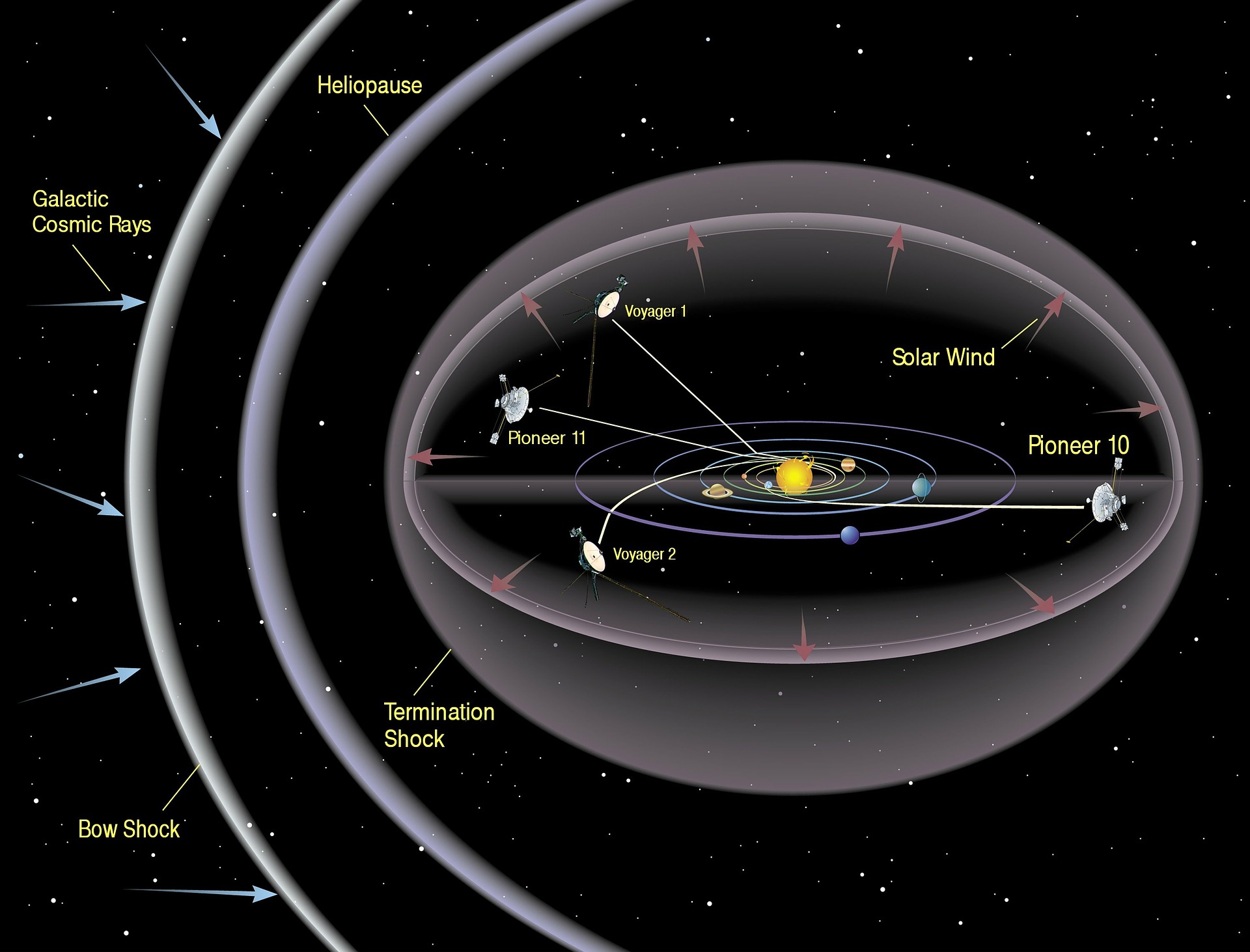 NASA confirmed this week that its venerable space probe Voyager One has become the first man-made object to leave Earth’s Solar System and enter the infinite realm of interstellar space.

Launched in September 1977 with the original purpose of surveying the far distant outer planets of the Solar System, Voyager One’s systems have kept ticking long after this mission was successfully accomplished – and scientists hopefully estimate that they could on ticking and sending back data until the year 2025 (albeit data that takes 17 hours to reach Earth via Voyager’s radio!). Not at all bad for a device no larger than a family car which has travelled over 12 billion miles through the vacuum of space since its launch!

NASA’s website has a page devoted entirely to the Voyager program where you can keep track of exactly how far Voyager One and its sister probe are travelling.

Don’t forget that we maintain a large range of material about space flight and the history of astronautics, including access to NASA’s Scientific & Technical Information (STI) web site among our extensive array of Aeronautical databases available on Library Catalogue Plus.