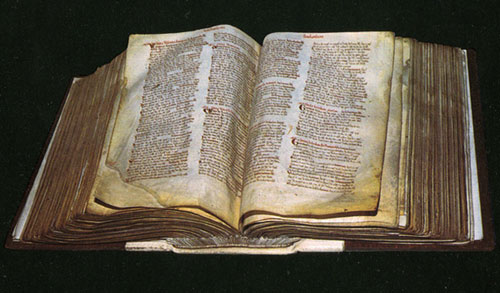 A new online database derived from records contained in the Domesday Book has just been launched that should prove of immense interest and value to scholars and local and family historians alike.

The PASE Domesday site has been created by teams at the University of Cambridge and King’s College, London. Visitors to the website can find out who owned their town or village, create maps and tables of the estates held by the same lords elsewhere in England, and examine the scale of the dispossession of the English by the Normans following the conquest of 1066. It comprises a large database of landholdings which can be explored in the form of tables and maps either directly online, or offline using free-available GIS software.

The website’s launch is part of a wider project to collate information relating to all the recorded inhabitants of England, from the late sixth to the late 11th century, in a single online database to be launched later this year.

The Domesday survey was done on the orders of William the Conqueror between the years 1085-86. It describes in great detail the landholdings and resources of late 11th-century England. The Domesday Book, as it later became known, has come to be regarded as the most comprehensive survey of any pre-industrial society in the world for its era, and has proved to be an invaluable resource for historians and scholars ever since.

The actual book itself is contained at the National Archives in Surrey, and you can found out more about it on their site here.