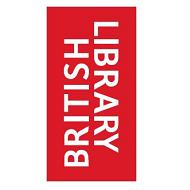 Halloween has started early at the British Library this October, as they open their vaults to a spooky new exhibition entitled Terror and Wonder: The Gothic Imagination.

From the literary nightmares of Mary Shelley and Bram Stoker to the screen perils of Stanley Kubrick and Hammer horror films, over 200 rare objects chart 250 years of the Gothic tradition, exploring our enduring fascination with the mysterious, the terrifying and the macabre, detailing how the genre has cast a dark shadow across film, art, music, fashion, architecture and every day life.

Iconic works such as handwritten drafts of the classics Mary Shelley’s Frankenstein and Bram Stoker’s Dracula, as well as the more contemporary horrors of Clive Barker’s Hellraiser and the Twilight saga, are included in the exhibition, which runs through until 20th January. Full booking details are available via the British Library website here: