University home > Services > Library > ad-lib > Where There's A Will… 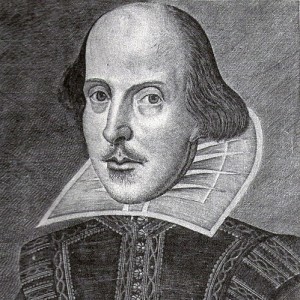 His work, which includes 38 plays and 154 sonnets, has been translated into virtually every conceivable language, is studied comprehensively in schools, colleges and universities and is performed daily in theatres around the globe. He’s often considered to be Britain’s greatest cultural export, and his influence on modern drama and literature is beyond description – so I won’t attempt it!

Within our own “quick forge and working-house of thought” we have a wealth of Shakespeare related books and resources, including copies of all his works, along with famous adaptations of work on DVD. We also have access to the British Universities Film & Video Council‘s exemplary online Shakespeare resource, an authoritative  database of Shakespeare-related content in film, television, radio and video recordings which currently holds nearly 8,000 records dating from the 1890s to the present day. To read or to view, that is the question…!

Shakespeare portrait by tonynetone, reproduced under CC License from Flickr.