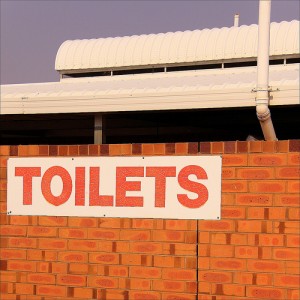 Loughborough’s athletes weren’t the only ones to carry home a major prize this month – our very own Water Engineering & Development Centre (WEDC) claimed second prize in a prestigious competition to produce the next generation in… toilets.

The Reinvent the Toilet Challenge was set last year by the Bill and Melinda Gates Foundation, and asked engineers to come up with a more ecological sustainable design to surpass the present flush toilet model created by a Scottish watchmaker, Alexander Cummings, over two centuries ago.

The California Institute of Technology wiped out the opposition with a solar-powered design that breaks down water and human waste into hydrogen gas for use in fuel cells, claiming the first prize of $100,000. WEDC’s design for a toilet that produces biological charcoal, minerals and clean water surfaced for the second prize of $50,000, while the University of Toronto bubbled under for third place with a design that sanitises faeces and urine, and recovers resources and clean water.

Joking aside, it’s estimated that only 63% of the world’s population have access to improved sanitation facilities – that’s a staggering 2.6 billion people without the facilities we tend to take for granted. The billionaire Microsoft chief set universities around the world the challenge to come up with a method of improving this dire situation.

Image by Robert Ganzer, reproduced under CC License from Flickr.