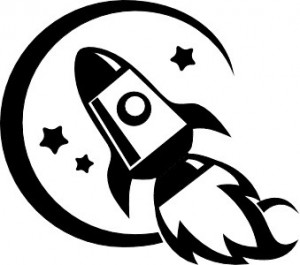 It was announced today that the Pilkington Library is going to be at the forefront of the next stage of Great Britain’s space exploration program – by boldly going where no library has gone before by putting the first librarian into space.

Flora Lopis, the head of the SEMOLINA project, exclusively revealed to us how this will be happening. “A launch pad will be incorporated as part of the new Level 4 work that will be undertaken in the Library during 2013, and Holywell Park Lake has already been approved as the location for the splash-downs of our space capsules. I can’t tell you how excited we all are by the prospect of beating the American, Russian and Chinese space programs by launching a librarian into orbit first.”

No official confirmation has yet been made as to which member of the library team has been selected for this singular inter-galactic honour, but staff have been quick to nominate who among their number they’d most like to see taking the Library into the realms of ‘the Final Frontier’. A member of the Academic Services Team, who wished to remain anonymous, remarked on their own nominee:

“We can think of few better candidates we’d most like to fire into space. And, incidentally, I call dibs on his stapler and brand new set of Dewey Decimal 23.”