On Wednesday 23rd March a new permanent exhibition will open at the Science Museum in London dedicated to the life and work of the engineer James Watt. Launched at a special event the day before by writer and broadcaster Adam Hart-Davies the centrepiece of the exhibition will be the attic workshop of the Scottish inventor which will be opened up to visitors for the first time. When Watt died in 1819 the workshop was locked and remained undisturbed until 1924, when the complete workshop including door, window, skylight and floorboards was transported to the Science Museum together with over 6,500 objects from inside. Although the workshop has been on display, visitors have never been allowed inside until now. Objects inside include the world’s oldest circular saw and Watt’s original 1765 model for the first separate condenser which has been described as “the greatest single improvement to the steam engine ever made”.

The new display is housed alongside his early steam engines which can be viewed in the Museum’s Energy Hall. The University too can boast a James Watt beam engine which stands outside the Students Union. Dated 1850, it was donated to the former College by the London Metropolitan Water Board in 1934 and was re-erected by students.

For more information on the Exhibition visit the Science Museum web page. An interesting background article was also published recently by Adam Hart-Davies in the Daily Telegraph.

For more information on engines and engineering in general don’t forget the databases available via MetaLib such as Compendex and our new service Scopus, both accessible with your Athens username and password. 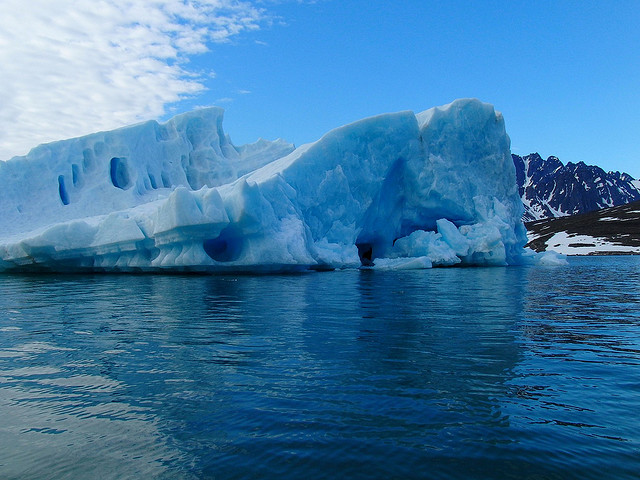 Fancy a four day all expenses paid trip to Norway, including a visit to the Svalbard archipelago, a helicopter trip to a 472 metre tall gas platform and a chance to visit the seabed 300m below sea level? This is the prize for a new engineering competition being run by the New Scientist magazine, energy company Statoil and the Royal Academy of Engineering. In order to win you have to propose an answer to the following questions “What is the next Big Thing for engineers?”  In no more than 100 words you must suggest “Which engineering project you think will have the greatest impact on human life in the next 30 years and why?”  The closing date for entries is midnight on Tuesday 1st March 2011.

The five best project suggestions will be selected together with the entry which makes the best case for each one. New Scientist readers will then be asked to vote for their favourite project. The person who sent in the best entry for that project will be the winner.  For more information about the competition including the entry form and terms and conditions see the New Scientist website.

Image by ichikawayuichi and reproduced under Creative Commons Licence