In July 2016, I decided to stop working full time as Assistant Director in the Loughborough University Library and move to a different work style. It seemed time for a change after working full-time continuously in higher education for 35+ years. I had been at the University for around 10 years where I had also been (and still am) Honorary Research Fellow in the Centre for Information Management (and its previous incarnations). Previously I worked at Northumbria University where I had a similar practitioner/ research role. The highest profile evaluation project I worked on there  was the eLib IMPEL 2 work.

Since July, I have been developing a working pattern that allows me to be involved in different types of activities (which includes involvement in all parts of the research cycle). I will attempt to capture what this has meant by looking at the past week in my working life (13th November to 20th November 2016).

At 2.00 pm on Sunday afternoon (13th November) I set off to Swansea where I was scheduled to be for the next 4 days. This was to enable me to do the Driver and Vehicle Licensing Agencies (DVLA)  Customer Services Excellence (CSE) assessment. I have been working as an Assessor for a number of years with Assessment Services and have about 18 organisations I assess (including 5 university departments).  Being at the DVLA for four days was quite an experience. They employ 6000 staff and complete millions of transactions each year. Whilst there, I was involved with their Customer Insight team who employ around 40 researchers who collect masses of qualitative and quantitative data. Much of my work was focussed on how they use the customer insight to inform their digitised services. This included spending half a day at their state of the art User Experience (UX) Lab where they capture how people interact with their systems. I returned home late Thursday to catch up with the other work which had stacked up. 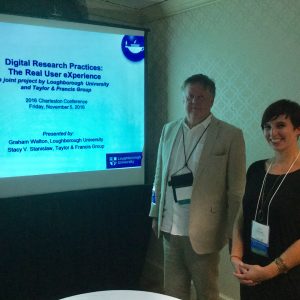 Graham Matthews and I are jointly editing a book to be published by Taylor and Francis in 2017 on informal learning spaces. We have been let down by the person who was going to write the evaluation chapter so I had to spend some time getting the replacement chapter a bit further on. Thanks to Graham for his patience!

For the past 6 years, I have been Editor for the New Review of Academic Librarianship and whilst I had been in Swansea, their e-mails had been doubling by the day. This year’s Guest Editor had done a great job and wanted to run past with me how the launch in Maynooth University had gone. Next year’s Guest Editor also was looking to discuss how her issue should move forward. And there was also a need to look through the open access commemorative online only issue which has brought together the quality papers published in the journal by Irish authors. I am also writing the joint editorial for Issue 1 (2017) so I needed to contact by co-author to divide the work.

After doing all of the above, I had to look at how to take forward the research project work I am involved with (alongside the Graduate School and the Library at Loughborough). It is funded by a publisher and is exploring PhD’s digital research behaviour. The project has gone well and was received with interest when I presented a paper at a conference in Charleston a few weeks ago. We are looking at how we can re-focus the work so e-mail exchanges were needed on the options.

And then, late on Saturday, I skyped Parma University in Italy where I am a lecturer on their distance Masters in Digital Library Learning course. This was to look at my involvement next year. In October I had given three lectures and tutorials on User Experience (UX), evidence based practice and the research practitioner. 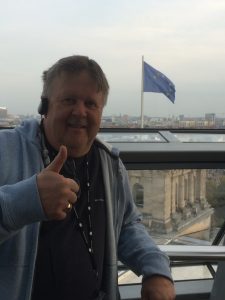 So, when people ask if I am enjoying retirement, I smile wryly. It is great doing all these different things but perhaps I need to tweak the balance. And then I remembered I had promised to come up with something for the CIM blog…