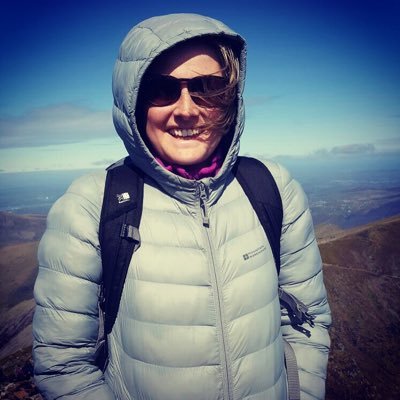 In March 2017 I had the opportunity to attend a Natural Environment Research Council (NERC) 5-day residential course focussed on engaging the public with research. I became aware of the course directly from NERC (they fund my PhD) and via fellow researchers in my office who had undertaken it in previous years. Not only did I find the videos that they created exceptionally interesting but I wanted to know more about ‘public engagement’ and ‘outreach’ (i.e. activities that increase public awareness and understanding of on-going research). Essentially, I wanted to know if ‘public engagement’ and ‘outreach’ was something I could undertake as a doctoral researcher and if so, would be worth my time?

‘Is it worth my time to try to engage with outreach activities during my PhD?’

Whilst academic outputs e.g. papers and conference talks are still a vital part of a PhD, there has been a push towards disseminating research to a wider audience. With many research projects being publically funded, it makes sense that the outputs of such projects should be available for everybody to interpret. Not only this, but many of the results of these projects could have a much greater impact on the ‘real’ world if more people were aware of what research is being done. So for anybody wondering ‘is it worth my time to try to engage with outreach activities during my PhD’, this blog will detail my experience (and opinion) of doing so. Although this blog will focus on environmental research I’m sure everybody’s PhD has a real world association and therefore should be transferable.

The week had various different parts to it, and while it was extremely fun and enjoyable I also walked away with a whole new skill set and ability/knowledge to do things I had never done before. Some of the skills that I learnt will help in things I had never even thought about. For example when/if you are putting in a grant application in the future for many research councils there is now a part of the application in which you have to say how you will engage the public/wider audience with the outputs and progress of the project – something I would not have known nor have been able to have completed before. We were also filmed doing an interview and watch it back with 360º feedback, so we critique it first then it is open for the rest of the group to comment – this was pretty uncomfortable to start with, not only the playback of your own voice but the amount of time you say errrrrrm and play with your hands isn’t nice to watch, but was something I was able to work on over the course of the week (although you’ll see below I never really managed to drop the over dramatic hand motions).

The main part of the course focussed on creating a piece to camera (PTC) which is a ~2 minute video explaining the background to your research topic. Not only did we have to learn to do this in way that everyone could understand (we based it on a 14yr old audience) – so dropping technical, subject specific terms and using everyday language to explain it. We also learnt how to film somebody else’s PTC with cameras, microphones, lighting etc. So, whilst I might not be the next BBC’s hottest camera (wo)man, I do now have the ability to film using basic equipment going forward. The link to my PTC explaining about my research is below:

I now have a video at my disposal that easily explains my research for whenever I may need to use it.

The final part of the course was to get into groups and film a longer, 10 minute video linking all of our research together, albeit very loosely. This was probably the most fun part of the course as we got to write the script, film, do scenes together as a team which is something I really enjoy. At the end of the filming we also got the chance to learn how to edit videos, add music, effects etc. (this was not my strong point). The video can be seen by following the link below – it was all a bit of fun which I think comes across in the video!!!!

The course was overseen by Dr Richard Holliman and Dr Clare Warren from the Open University, and guided by Gerard Giorgi-Coll a BBC camera man, and Dr Janet Sumner an academic turned nature presenter. Working with experts gave us invaluable advice and guidance to help us improve and become much more confident (being in front of a camera was something that at first absolutely terrified me). If anyone is given the opportunity to do something similar I would highly recommend it.

How do I get involved?

Engaging the public and outreach doesn’t have to be as time consuming as creating short videos, it can be as simple as tweeting or writing blogs about your research, as long as these are written in user friendly language they are accessible to anybody you want. I’m sure everyone doing a PhD thinks that their research has a wider impact than writing papers to a specific audience. So why not express that to the people that may be the real beneficiaries of what you do, or people that are just genuinely interested?

Before the course I was sceptical as to whether outreach was worth it, but after I am much more open and willing to get involved in such things and have the skills to do so. I want the public to be interested and understand what I am spending 3 years of my life on, don’t you?

So if you’re thinking about getting involved in outreach…