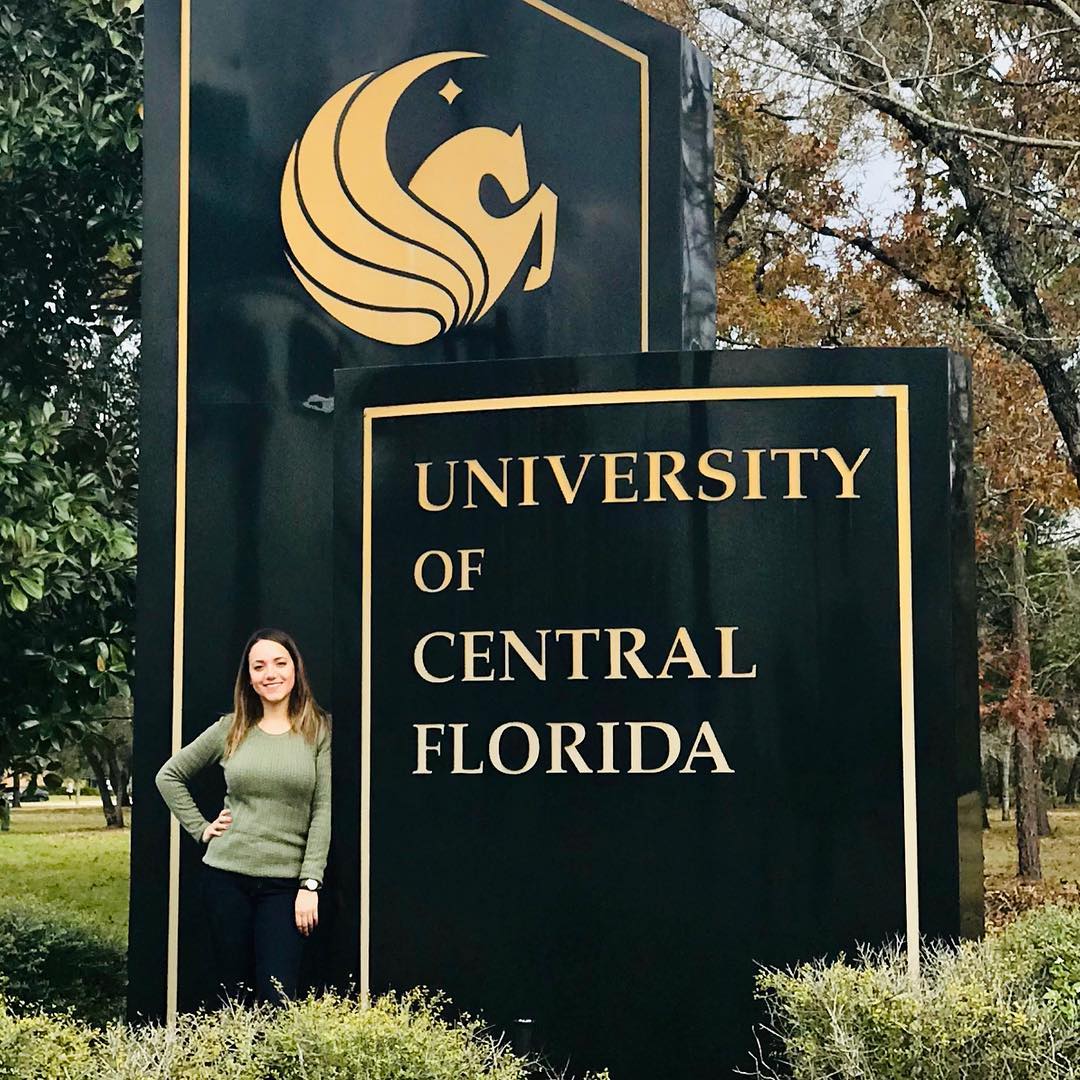 Intelligent vehicles taking me to the USA!

I suddenly realised I was in Washington DC, 3600 miles away from Loughborough! This is where my research took me last. In January, I was lucky enough to visit America, this big giant country which I had never set foot on before. All this thanks to my PhD research and Loughborough’s Doctoral College.

Last summer I stumbled upon the Doctoral College’s International PhD Exchange grant; a scheme designed to provide Doctoral Researchers with funding to visit an institution of their choosing to improve their research and promote on-going research activities at Loughborough University. Needless to say, I did not waste any time in jumping on this unique opportunity.

My area of research is in road safety. After getting accepted to present at the world-famous Transportation Research Board conference in Washington, together with my supervisor we started working on organizing an exchange at the University of Central Florida (UCF), Orlando. After getting in touch with Dr. Abdel-Aty, who is one of the most productive scientific authors worldwide in the field of road safety, it was agreed to join his research group for a definite period of time.

After receiving the long-anticipated email saying I was accepted, I was soon preparing my luggage to fly first to Washington followed by Orlando. It was a cold January in the nation’s capital with morning low temperatures mostly in the below 0°C range. At one point the snow was as much as 10 inches deep and the occasional snow ball fight was not missed. Most of the people were concerned about the government shutdown, but this did not let us down. The conference was attended by a strong 14,000 audience from all corners of the world. Presenting my research at this conference gave a good exposure to the current research being conducted at the University of Loughborough.

After the conference, it was time for a domestic flight heading to Orlando. When I set foot to the orientation day at the university in Orlando, I gazed around and realised that I had another two weeks here, so I wanted to make my time worthwhile. Orientation day was quite interesting which also included an introduction to life in Orlando, cultural norms and food. Any fears I was experiencing prior to starting this journey quickly vanished and I was looking forward towards the next two weeks at this university.

The hostel where I stayed was a good 35 minutes’ walk from the campus, but the nice weather made it easier to enjoy this daily trip. The people at UCF made me feel at home and were ready to support in all the different needs. Current research techniques were shared, and the occasional university gossip was never boring. Most of the time was spent in the lab working on the development of models and the data which was used to prepare and present a joint paper between both universities.

Outside office hours, I had the opportunity to explore in more depth Orlando and also managed to squeeze in some fun and exciting activities such as visiting world-renowned theme parks. The time spent in this country has been so far one of the most rewarding activity of my career. It helps you to become a more open and independent person and grow in intercultural sensitivity.

I would strongly recommend such a programme to anyone as it is an opportunity for growth and a chance to make new friends. Such a journey does not only help you learn about new aspects in your field of study, but it also gives you the power to both face changes and make changes.