Our social media highlights of 2017

Another year comes to an end, and it’s safe to say 2017 has been a fantastic year for Loughborough! The same goes for our social media, so here’s our best bits.

The year started with some royally exciting news as an amazing 22 Loughborough alumni and honorary graduates were named in the Queen’s New Year Honours. January also provided the spectacle of a frozen fountain on the Rigg-Rut lawn!

The month began with sporting success as seven Loughborough players were selected for the Women’s Six Nations. And love was in the air as nearly 100 alumni shared their stories of Love at Loughborough.

This week we heard from nearly 100 alumni, telling their tales of love at Loughborough: https://t.co/7sba9QvaNk 💜 #valentines #LboroFamily pic.twitter.com/JnjeOXtOht

March brought the incredible news that we’d been named the WORLD’S BEST SPORTING UNIVERSITY! (We’re still a bit excited about that one, sorry) We also bagged the best student experience over the last decade, and our students proved to be lifesavers as we smashed the national record for stem cell donor sign ups in one day.

Loughborough has offered the best student experience in the UK over the last decade https://t.co/NCOh0UotXE #StudentExp17 pic.twitter.com/fxRRvV9kEH

Another month of awards, this time seven from Whatuni! We also shared an insight into the life of Olympic gold medalist Adam Peaty, and alumnus Ben Ryan received the amazing honour of being featured on Fijian currency. 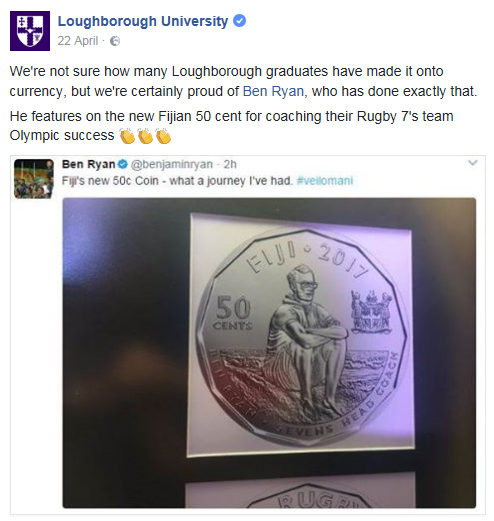 A busy month for us as we hand-wrote over 5000 good luck cards to prospective Loughborough students, achieved 6th in the Guardian University Guide and broke 6000 BUCS points for the first time ever. The fourth was also with us, with some strange sightings from a galaxy far far away in Burleigh Woods. 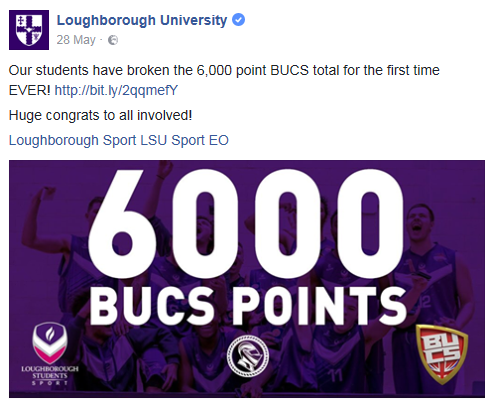 A golden month for Loughborough as we received our TEF ranking and shared a sneak peak at our brand new STEMLab. But most importantly, a group of ducklings stopped traffic to cross the road, and it was adorable. 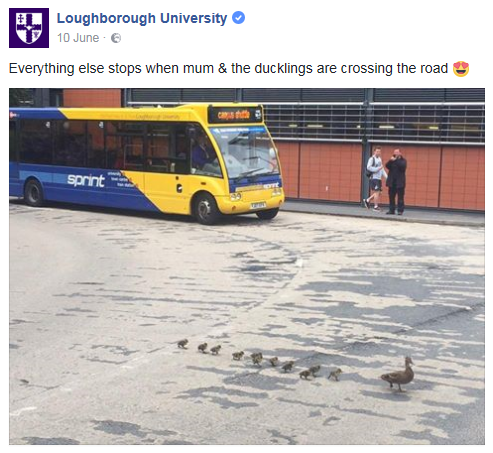 Very proud to share that we've been rated Gold in #TEF alongside five other elite universities! https://t.co/x9QId1szvl pic.twitter.com/vKNcSj8fGJ 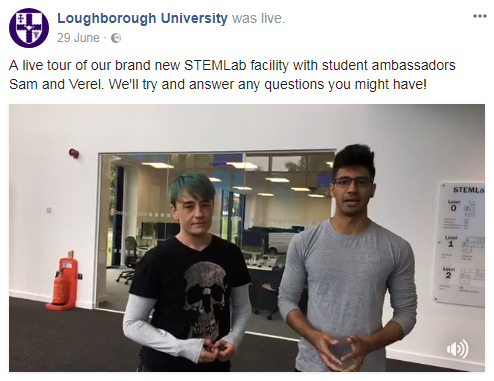 July is one of our favourite months on campus, as we celebrate the hard work of our students at our summer graduation ceremonies. #LboroGrad2017 brought some incredible gardening and Strictly winner Ore Oduba to campus. Oh, and we won BUCS… again. 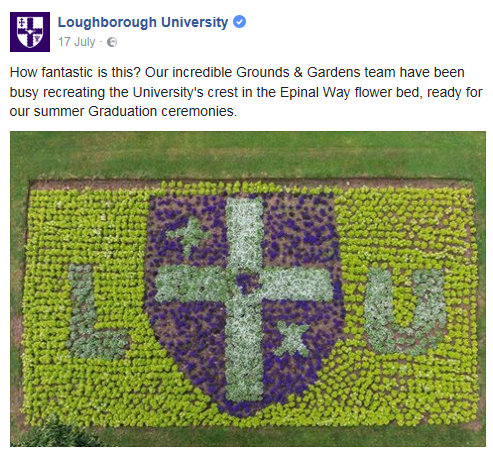 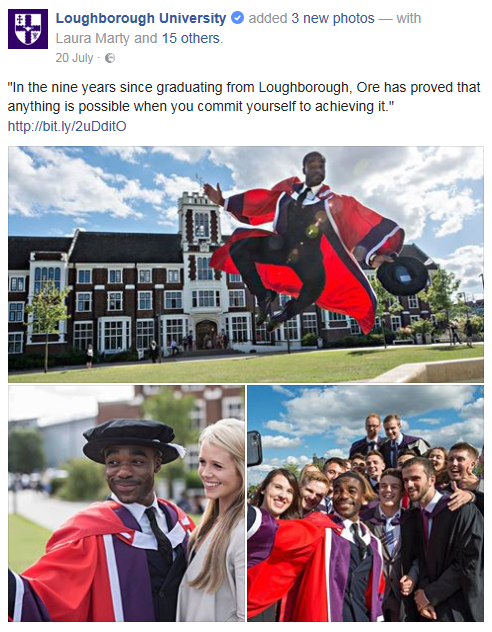 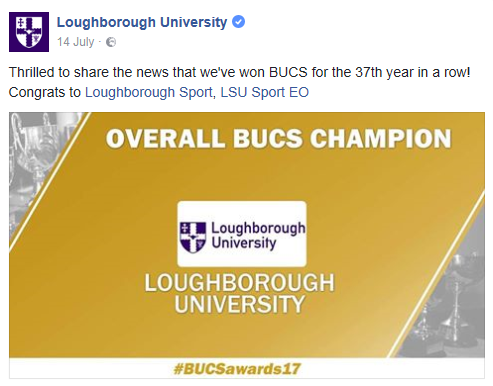 We answered the age old question “how is Usain Bolt that fast?!”, topped the rankings for student satisfaction and welcomed our newest members of the #LboroFamily. 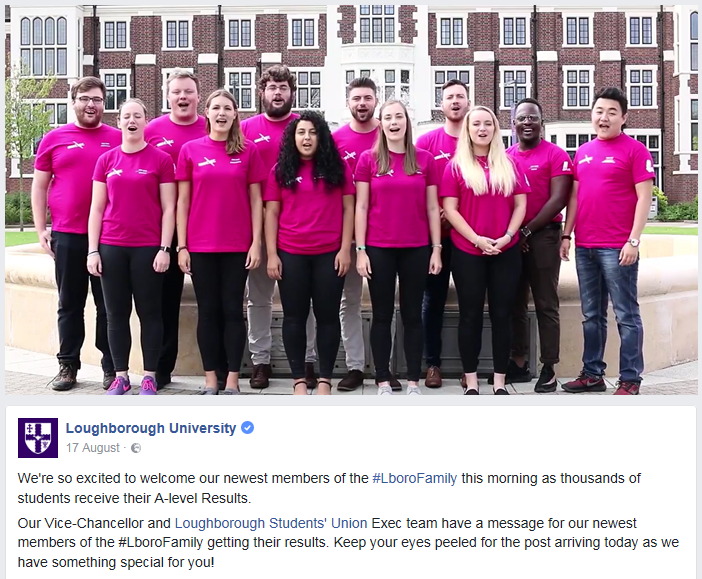 September is always a busy month on campus and this year was no exception! We received our highest ever place in the Times Good University Guide, revealed a revamped Cognitos, hosted the School Games and welcomed our Freshers… phew. Our Gymnastics team also shared some incredible photos with us.

It was a pleasure to host this year's @_SchoolGames Finals on campus. What an amazing weekend of young sport! #2017SG pic.twitter.com/F0uDnYL66V 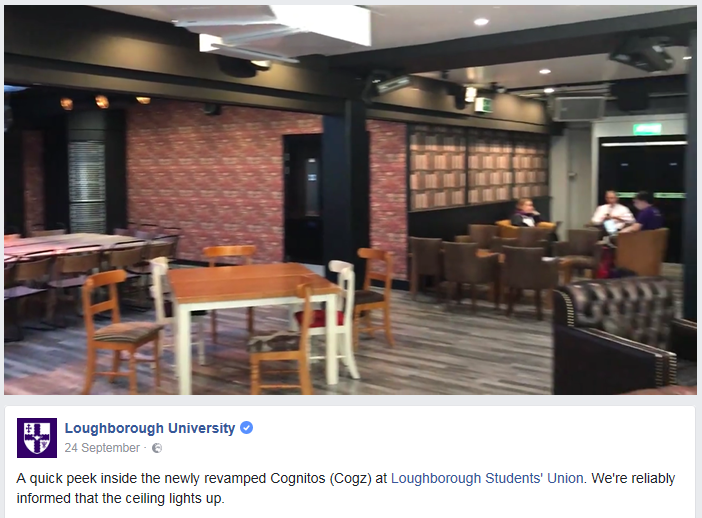 Another top 10 ranking for the University, the end of the world loomed (but turned out to be Saharan dust), and things got a bit spooky on the Rigg-Rut lawn.

Saharan dust & tropical air from #Ophelia has brought the #redsun to Loughborough! Captured with our iconic weathervane on campus earlier. pic.twitter.com/ovtkB7EjQA

We've spent the evening carving our pumpkins; have you done yours yet? 🎃 Happy #Halloween! @LoughboroughSU @LboroSport pic.twitter.com/jhlBZ1bGuA

The Geography department caused major wanderlust envy with #LboroOnTour, poppies adorned the fountain once more, International Day smashed it and we enjoyed some festive shenanigans as John Lewis released this year’s Christmas advert. 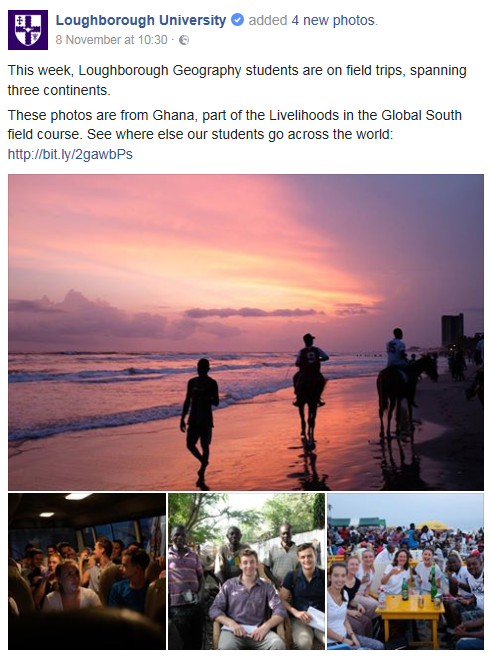 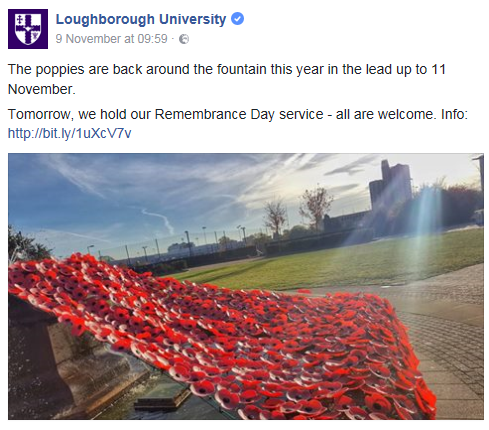 And finally, the most wonderful time of the year arrived, and campus literally turned into a scene from a Christmas card – what’s more festive than that?!

Campus really does look gorgeous in the #snow. 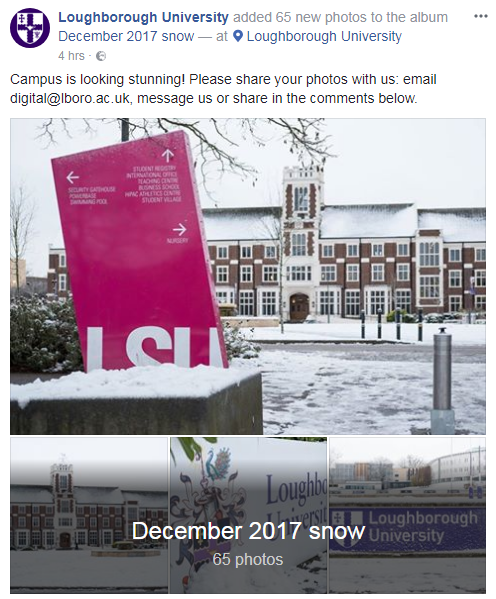 It's a beautiful frozen morning on campus. Be careful as you go, as minor roads and walkways could be slippery. pic.twitter.com/pXIhGCrkKZ