As part of our New Year health and wellbeing campaign, we asked our academics and researchers to share their advice about a range of issues, including willpower, training, New Years Resolutions and more.

#Heart2Heart was a great success on Valentine’s Day – we trained over 1,200 people to perform CPR in just 12 hours. 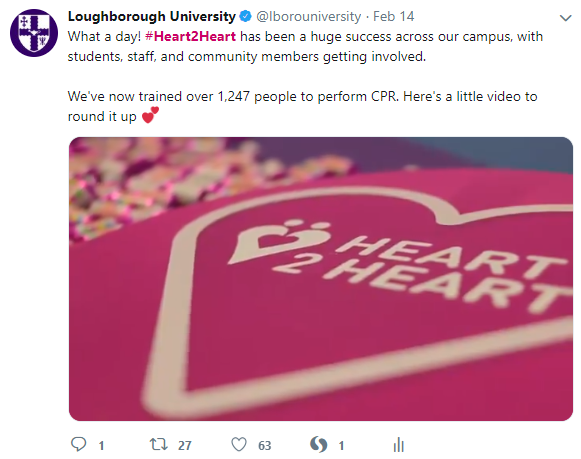 Also on Valentine’s Day (are you detecting a theme here?) we searched high and low for stories of love, friendship and family from our alumni community with our Love at Loughborough campaign. 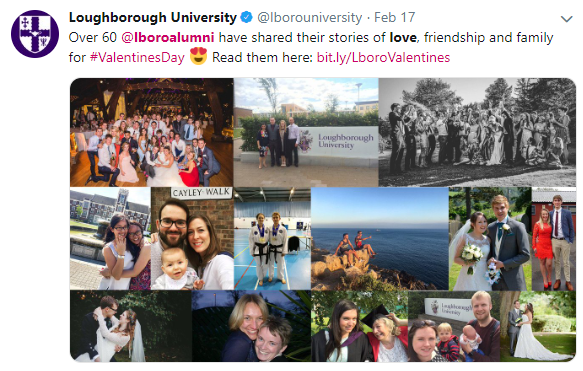 Loughborough took to the world stage once again, ranked best in the world for sports-related subjects. 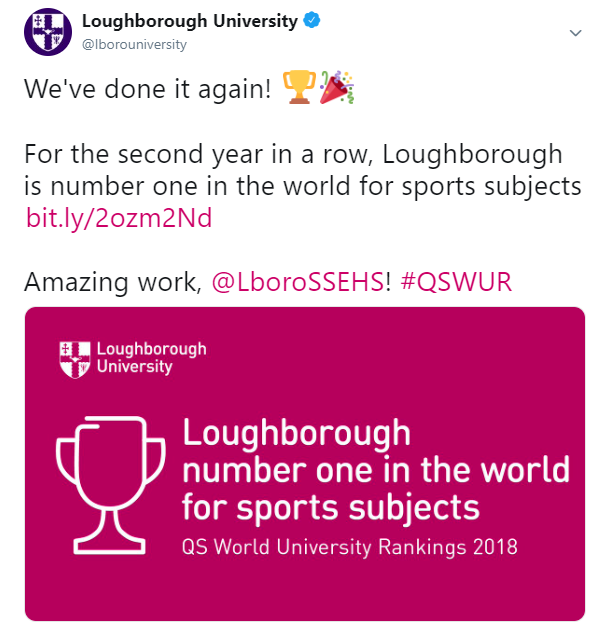 The good news continued into April, with Loughborough being crowned University of the Year by Whatuni. 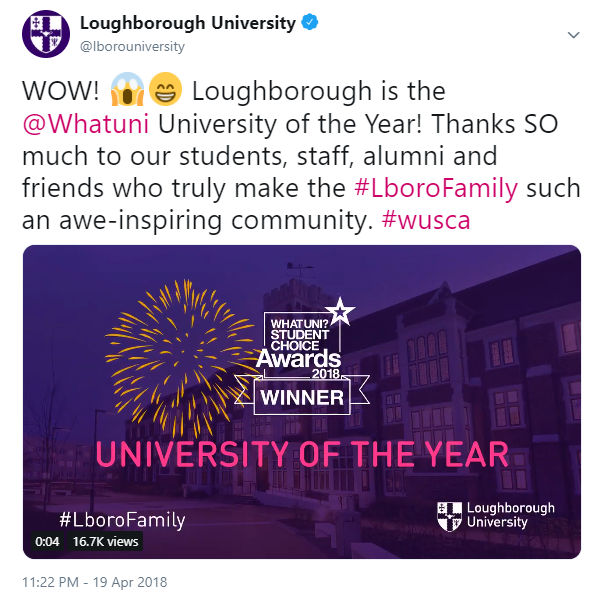 We were inspired by 9 current students being listed as 100 Top Women to watch in 2018. 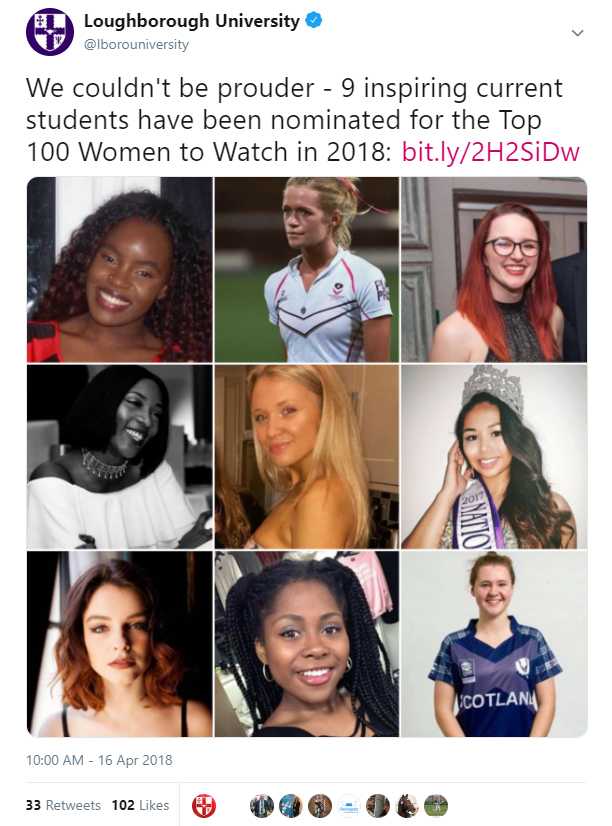 Our athletes did us proud on the Gold Coast, making Loughborough 10th in the medal table if we were a country at the Commonwealth Games.

We are Loughborough, super Loughborough – we climbed to our highest ever ranking in the Guardian University Guide back in May. 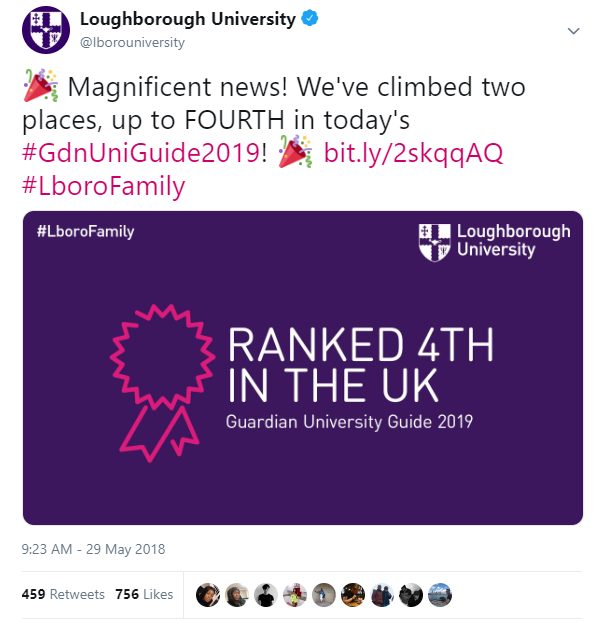 We were also treated to perhaps the greatest ever dissertation hand-in photo courtesy of Jasper Cook. 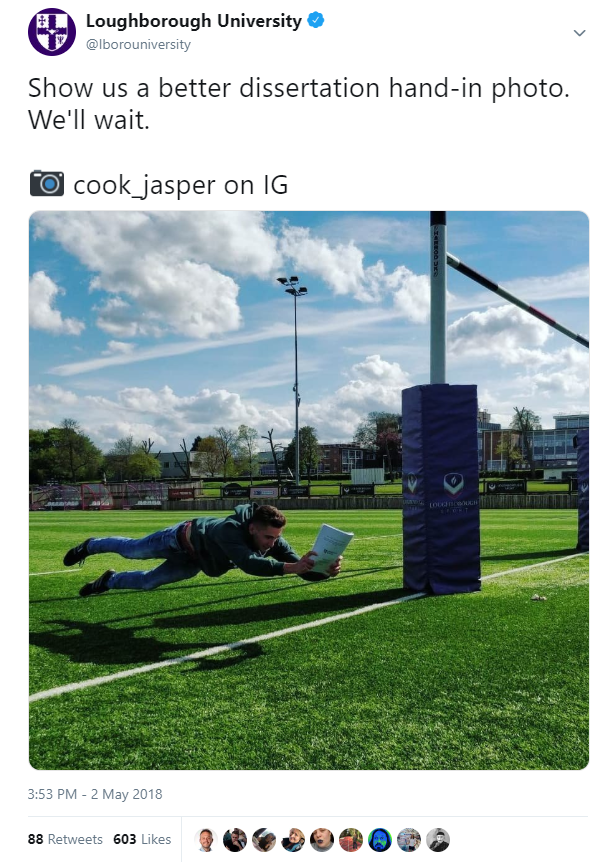 We’re still pretty sure Loughborough may be the world’s best town, rather than just Leicestershire’s. 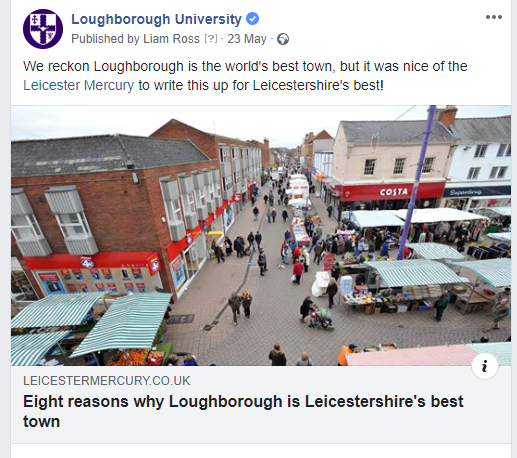 We were finally able to reveal the name of our brand new hall of residence, Claudia Parsons Hall, our first hall named after a woman. 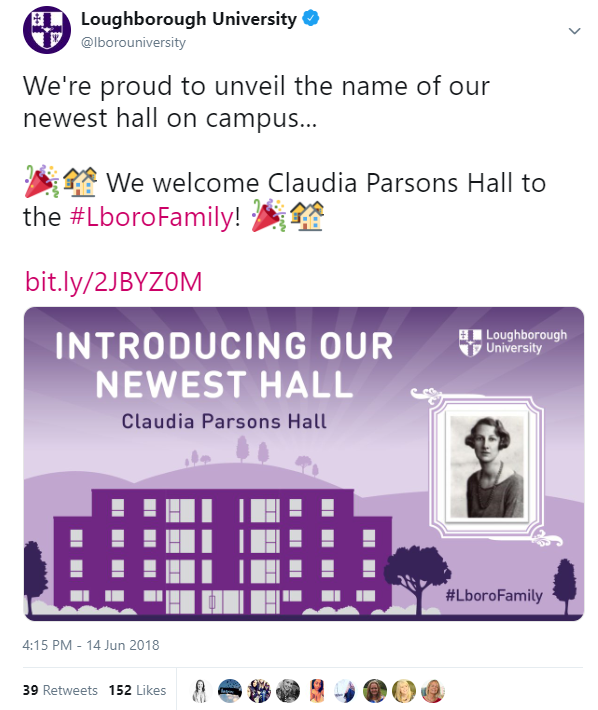 We’d known about the campus muntjac for a while, but student ** finally spotted the little creature frolicking next to the library.

We've known about the elusive campus muntjac deer for a while, but it's never been captured on video…until now. This great footage by liu__dingding on Instagram shows our small friend leaping into the safety of the shrubbery! Our campus is home to hundreds of different species, so if you do spot our resident muntjac, please do leave them to it. Find out more about our biodiverse campus: bit.ly/1Qro3V7

The incredible RAF Red Arrows treated us to a breathtaking graduation flyover, thanks to two alumni on the squad, Jon Bond and Si Taylor.

Breathtaking!Here's the moment the amazing RAF Red Arrows performed a flypast of our campus to honour our class of 2018.Two of the squad are alumni, and you can read more about them here: http://bit.ly/2JuclayLoughborough University Alumni Association

With the country gripped by World Cup fever, we shared the news that we’re responsible for testing the official balls for the tournament.

Did you know we test the #WorldCup football at Loughborough? https://bbc.in/2u3O7hJ#SWEENG

We welcomed the newest 3,500 members of the #LboroFamily with personalised, wearable guides to campus. 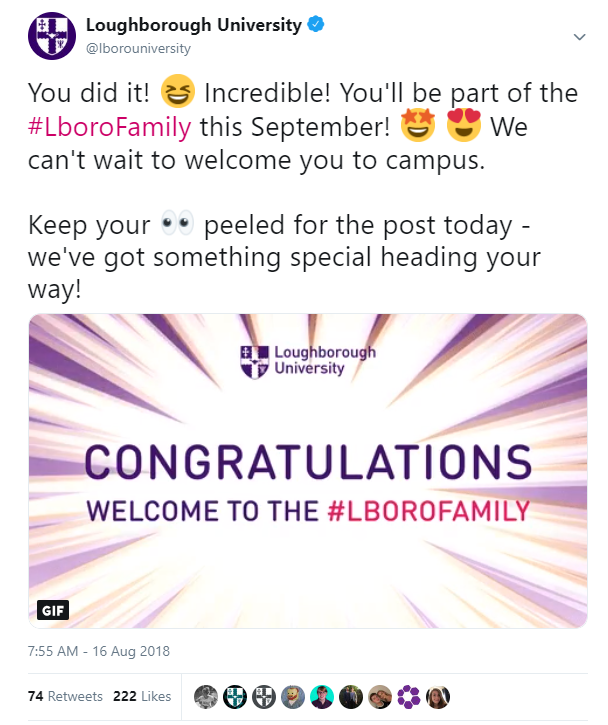 Every year around graduation time, we produce a new video celebrating the achievements of our University from the past academic year. Check out the 2017/18 version below.

The accolades just kept coming this year! We’re the only university to ever be named The Times and The Sunday Times University of the Year twice! 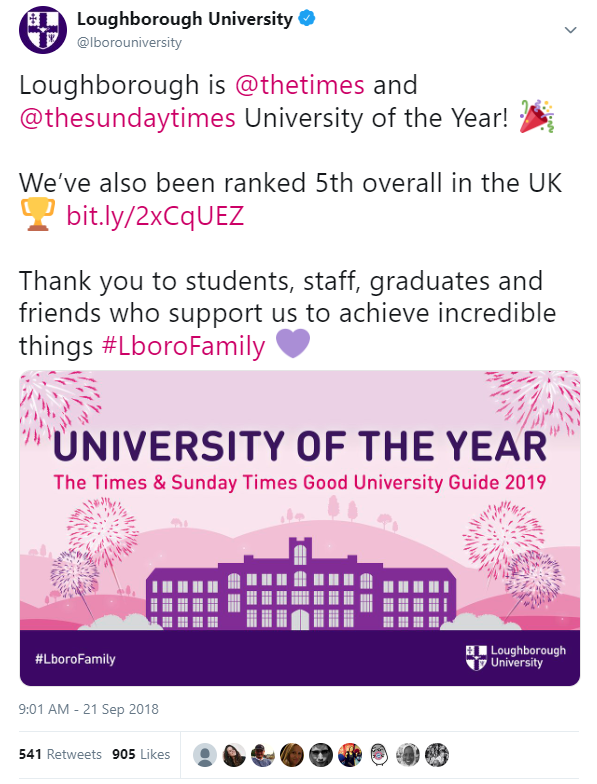 September also saw a royal visit from the Duke and Duchess of Sussex! 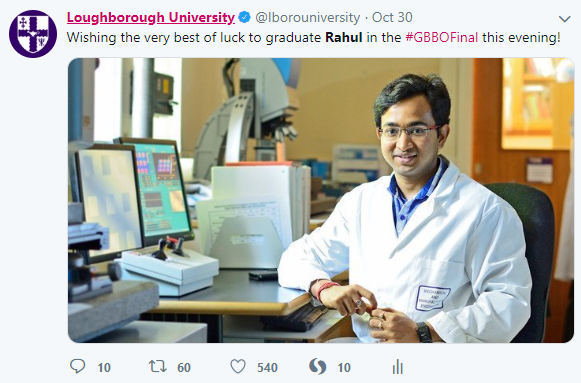 Topping off a year of success for Loughborough, The Times Higher Education ranked us 5th in the ‘Table of Tables 2019’!

Loughborough graduate Ross Edgley spent most of his 2018 swimming around the entirety of Great British – we joined him on Margate beach to welcome him home.

A fantastic new facility opened on the Loughborough campus in November, our Elite Athlete Centre and Hotel was opened by Chancellor Lord Seb Coe. The hotel provides rooms which can be set ‘at altitude’ for high altitude training, the first of it’s kind in the UK.

Why is our new hotel so special? Watch more from the official opening last week, or read the full story: http://bit.ly/2Di3JEk

We rounded out our 2018 with the final Graduation ceremonies of the year, where we recognised four Loughborough graduates and GB Hockey players with honorary doctorates 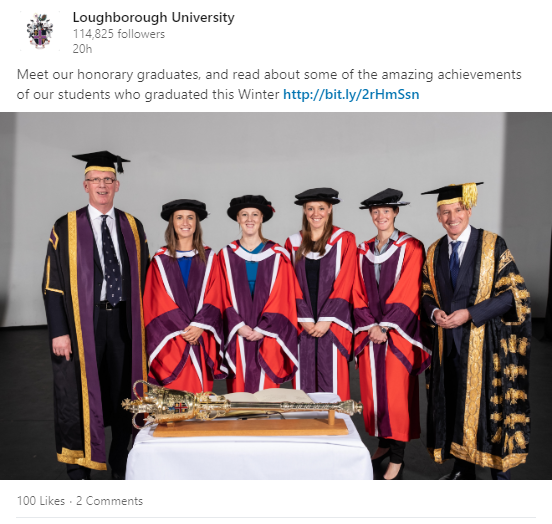