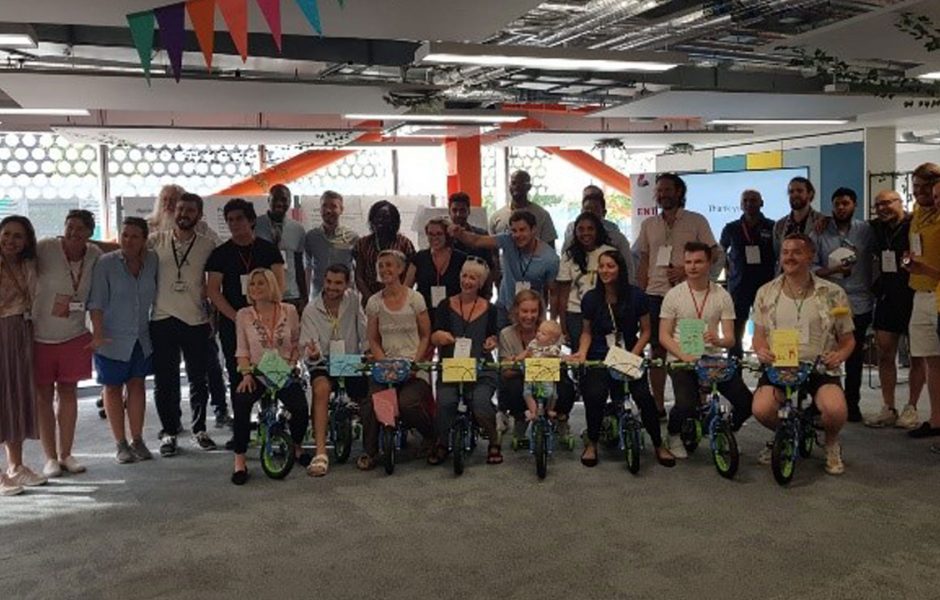 On 4 July 2019, 30 organisations at Queen Elizabeth Olympic Park (QEOP) district took part in Loughborough University London’s ‘Build a Bike’ charity challenge, in partnership with Bikeworks. This event was supported by the JOINT Fund scheme and organised by Dr Anna Grosman, Lecturer in Innovation and Entrepreneurship and Fiona Meeks, Institute for Innovation and Entrepreneurship doctoral researcher.

Fiona Meeks has been studying the innovation and collaboration networks on the park since 2017. Fiona has found that there are key organisations on the park that seek out opportunities to network and as a result are performing better due to the large number of ties they have.

Aims of the event

Following the event Fiona will measure the network again to understand if new ties have formed between tenants at the QEOP district who attended the build a bike challenge. In the autumn, Fiona aims to interview organisations that attended the build a bike challenge to find out ‘what happened next’  Fiona hopes to understand what the impact has been on organisational innovation through an increase in new ties. Ultimately, did any organisations form new partnerships and did this type of event work to bring together neighbours at the QEOP?

Feedback from the event has already been positive with organisations informing Fiona how many connections they had formed at the event, including; a proposal from Scope to Hobs 3D Printers to prototype hand grips for disabled phone users with dexterity issues, partnerships between IDE, Creative Wick and Ford Smart Mobility and London Stadium Learning offering Badu Sports young people from the local community a chance to work on their Olympic Heritage project.