What if it’s not all about Macron? 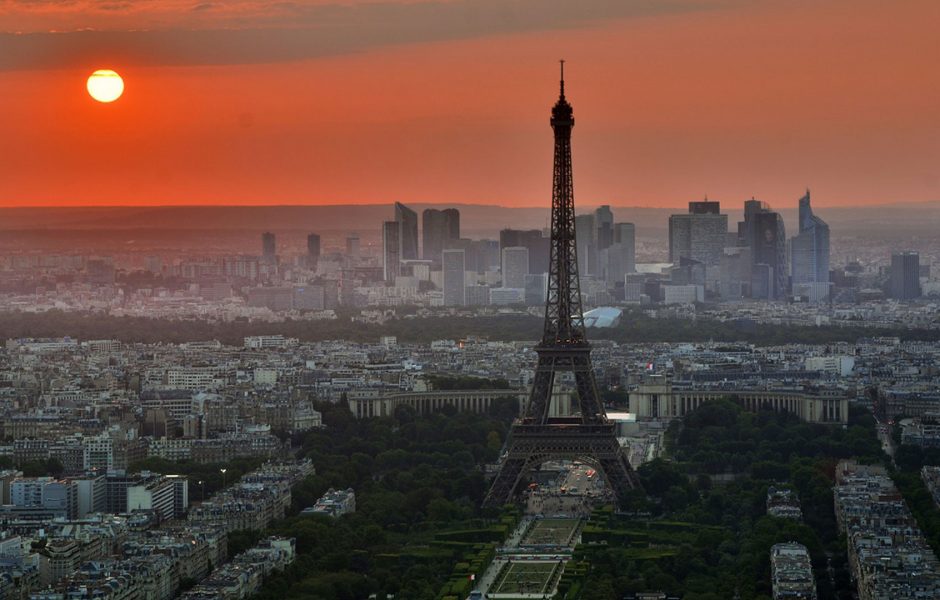 Professor Helen Drake, Director of the Institute for Diplomacy and International Governance, has shared her thoughts on French President Macron and the violent street protests that have emerged recently.

Gilets jaunes or yellow high-vis vest protestors have converged on Paris (but not only) in their tens of thousands over three consecutive mid-winter weekends.  There have been peaceful roadblocks organised by individuals wishing to express their exasperation at the rising costs of motoring (introduced as part of a broader plan to wean France off fossil fuels) that put extra pressure on their stretched household finances.  There are suggestions of nihilist activity feeding off fake news and conspiracy theories orchestrated via social media.  Most newsworthy have been the violently destructive scenes, including calls to symbolically decapitate the executive President, Emmanuel Macron, that evoke popular, anti-regime insurrections from previous centuries. What is it about Macron that has triggered such extreme outpourings of discontent in France over the past weeks?

A political message of violent change

First and foremost is the nature of President Macron’s project for transforming France.  He entitled his 2017 election manifesto ‘Révolution’ and the French may well be asking themselves, some in horror and others in gleeful anticipation: are we there yet? Macron and his band mean business, and that business is radical change.  Stasis is public enemy number one.

Macron has, it seems, glimpsed and spelt out a dystopian future for today’s generations and, crucially, he is not pulling his punches.  He is, we might say, telling it as it is. Not just on the environment, but on technology, employment, public expenditure, individual responsibility in tomorrow’s world and more, the message amounts to the same stark prospect:  he intends to harness France to the forces of change, and he expects the population to buckle up for the ride.

Second, alongside the message itself is also the matter of scale: Macron’s purview is not just European or global,  but planetary – he understands that France is a small player in a swirl of forces bearing down on the world.  ‘Make our planet great again!’, he has proclaimed.  Mockery of U.S. President Trump aside, he could not have sounded more serious.

The combination of this message and that scale rips aside any number of comfort blankets, making people inevitably feel very small and very exposed, whereas previously they may ‘only’ have felt neglected and aggrieved.  For those stakeholders who identify as or with the gilets jaunes, Macron’s version of the future, hammered home in uncompromising language over the first 18 months of his presidency, may well have been experienced, consciously or not, as a violent assault on the lives and prospects of individuals and their families.  No surprise, then, that it has been matched in its vehemence by a repertoire of responses united in their violence, whether discursive, emotional or physical.

Of U-turns: what if all is not at it seems?

But Macron also understands France better than he is typically given credit for: its sense of exception, its history, its strengths and weaknesses.  He is a patriot every much as his predecessors were.  He knows that the office of the French presidency lends him institutional resilience, even when he faces a largely hostile media and has no true political home in the form of a tried and tested – and loyal – political party.  Constitutionally-isolated from the fray of daily politics, the French presidency provides time to think.  Today’s purported ‘U-turn’ may well be tomorrow’s new path to the same strategic ends.  Time will tell and we should not jump to dramatic conclusions that conveniently fit the 24-hour rolling news cycle.

To date, President Macron has indeed mostly turned the matter over to his Prime Minister, constitutionally responsible for ‘conducting the policy of the nation’, and the Prime Minister Edouard Philippe is in turn drawing his ministers into the circle.  It is not so much that they are deaf or blind to the entreaties of the gilets jaunes (to ease up on tax hikes and the like). Indeed, concessions have been made, and the offer on the table is to pause, draw breath and talk.  This makes sense because in so far as the French executive has a plan for getting through this chaos, it is to keep describing the big picture to the ‘small’ people who need to join the dots if France is to thrive in the future that Macron believes is awaiting the French.  Economy Minister Bruno Le Maire has, for example, affirmed his desire also to cut taxes – alongside the cutting of public spending.  Such are the chilly choices facing this administration, after decades of lax fiscal management: voilà the on-message mantra from the French government.

It is in the communicative, pedagogical dimension of his plan that President Macron has most obviously faltered.  Yet the intensity of hatred directed at Macron points to yet more. The institution of the French presidency is itself quite possibly outmoded, and terminally so.  In recent decades it has ill-accommodated a hyper-active president (Nicolas Sarkozy), a self-styled normal president (François Hollande), and now a youthful radical (Emmanuel Macron).  The presidency was designed as a perch for Thomas Carlyle’s so-called great men and heroes of history, to exercise paternalistic power over a needy nation. 21st century French society and its individuals have altogether different demands, for self-realisation and autonomy amongst others. The age of the paternalistic leader is dead, so where does that leave the French presidency?

The challenge is bigger still.   President Macron is attempting to lead France at precisely a time where political authority – authority itself, probably – no longer speaks for itself.  The self-styled populist leaders who stalked the 2012 and 2017 French elections, Marine le Pen, and Jean-Luc Mélenchon, are just as outflanked by the current uproar as the French President, as are the leaders of the political parties left in ashes after Macron’s victory in 2017. Not entirely unlike  the 2016 UK referendum that has given us ‘Brexit’ and its fallout, today’s French gilets jaunes action takes the idea of ‘the people’  into a new era. Social media as a conduit for all manner of communication  of the self, including extreme emotion, facilitates leaderless social movement/s, stokes fires, fans flames and prods open wounds.

Disruptive times surely call for a new reading (grille d’analyse) of developments. The French political establishment is not there yet, and nor are we, the onlookers.  Nothing about Macron spells business as usual.  Not his trajectory through the French political establishment, nor the fact of his candidacy for the highest political office in France. Not the nature of his electoral campaign in 2016-17; and not the elections in 2017 that brought him and his new political movement to power.  Above all else, Macron’s plans for France are situated, we have seen, far beyond the comfort zone (comfort being a relative term) of contemporary French politics.

At the time of writing, and in so far as the gilets jaunes have aggregated and expressed clear demands, these cover both policy – calls for a higher minimum wage, for example – and politics: trust in elected representatives is at a serious low, and not just in France. Policy adjustments are afoot, and President Macron’s own Révolution promised precisely a shake-up, of sorts, of French representative democracy. Constitutional reform awaits in the wings.

President Macron does not seem hell-bent on destroying France, whatever his detractors may say.  But the forces he has unleashed at home, in reaction to the threat he is perceived to pose to people’s very survival, are bringing the Fifth French Republic perilously close to its sell-by date.