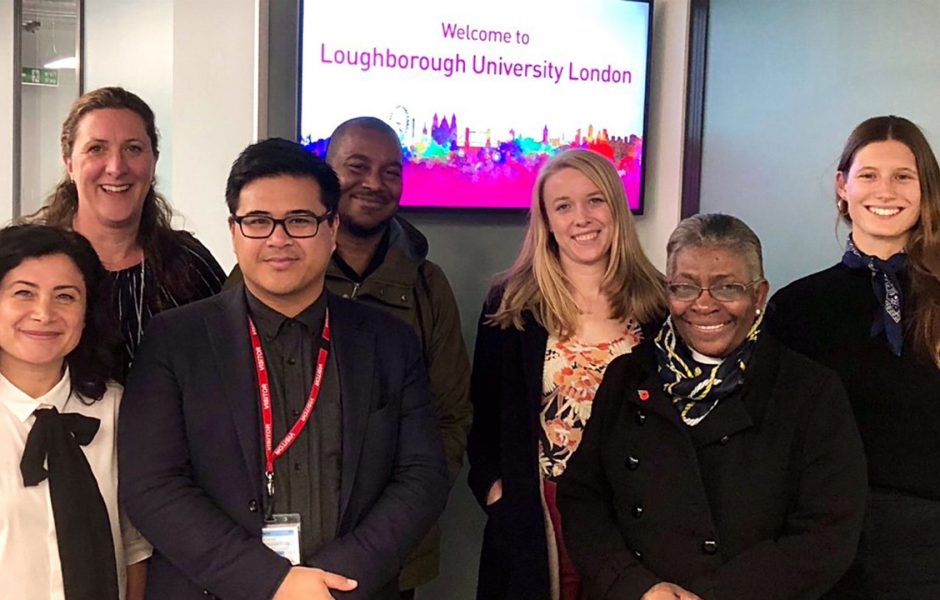 As part of the JOINT Fund initiative, Dr Laura Santamaria, Lecturer within the Institute for Design Innovation, leads the ‘The Fair Energy Mark’ campaign to address and raise standards in the energy sector by design.

In 2017, Hackney Citizens set to win justice for those in debt because of fuel poverty*, and as a response to climate change. The Fair Energy Mark campaign was created to tackle such issues by addressing injustices in the energy market.

Designing public policies and services is a central challenge in our societies today. Our research agenda builds on the idea that design enables innovation through positive change in the context of users, organisations, ecosystems and society. The Fair Energy Mark campaign represents the opportunity to engage at local, city-wide and national level, influencing effective concrete change in energy strategy for the common good.

The project started as a teaching-enterprise collaboration between Citizens UK and Dr Vicky Lofthouse, by setting a challenge to Design Thinking students at Loughborough University London in 2017. The students produced insightful research and innovative ideas that informed the contents of the kitemark. The results grew into an alliance between Loughborough University London, Citizens UK, St James’ Church, Clapton, Hackney Foodbank, Money A+E, plus two energy companies, Bulb and Octopus, who partnered to make this happen.

Successful campaigns led by Citizens UK such as the Living Wage (in which Loughborough University’s collaboration was also instrumental) has resulted in pay rises for over 150,000 workers and their families. This reveals not only the importance of raising market standards to reduce poverty, but also exposes the extreme pressures on low incomes families and the importance of doing all we can to tackle market forces that perpetuate poor sector practices.

As the academic leaders of the campaign team, our function is to actively involve stakeholders (customers, business suppliers), to raise the sector standards. Earlier this year, we run workshops with the community to hear what a fair energy supplier means for local residents. The message is clear: fair pricing, equitable service, and responsibility for the environment.

The project won a JOINT fund award to design and prototype the campaign’s branding and communication strategy, by co-designing with the companies and the public. Laura said:

We are proud for the university’s vision to back this project. We now ready to launch the Fair Energy Mark campaign within the Olympic Park neighbourhood to test the business model and branding before scaling-up to national level.

This is also the first design-led project that will directly contribute to building capacity for innovation, entrepreneurship and impact within Citizens UK as an organisation.

*A fuel poor household is defined as one which needs to spend more than 10% of its income on all fuel use and to heat its home to an adequate standard of warmth. According to National Energy Action, fuel poverty affects 4 million households across the UK.