A day trip to Whitstable

Imran Sabdullah, one of our Design students, reflects on his day trip to Whitstable, a seaside town in South East England served by regular trains to London.

What do you do after you have submitted a major assignment? Take a day trip to a small town, out of London.

As I walked through Stratford International Station, I saw a picture of a town called Whitstable. Curious, I googled the place and discovered that it is a small, seaside town located in the north coast of Kent, in the south-east of the United Kingdom. Seeing that the next train to the town is due to depart in 15mins, I swished out my Oyster Card, tapped myself into the station and made my way down to the train platform. 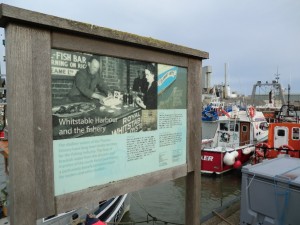 The South Eastern Railway train was fast and comfortable, bringing me to Whitstable at a speed of 140mph in less than an hour. After a short 10 mins walk from Whitstable Train Station, I arrived at the harbour. It was a small town indeed, yet such a great place to be. The place is far from the hustle and bustle of London and it is great to once again, see the sea. It may have been a cold and windy day, but the sights were worth freezing for! Whitstable was not having the best of weather that day, but I enjoyed myself, sitting by the beach, looking at the seagulls soaring through the skies.

Feeling a little peckish, I stepped into the Crab and Winkle restaurant for an array of seafood, Whelk, crabmeat and mussels, all for just £8. Yummy! 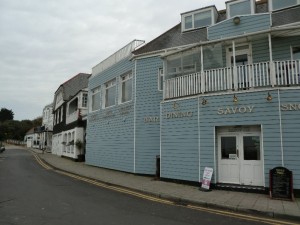 After a delicious snack and a chat with a local fisherman, I took a walk to the nearby Whitstable Castle, passing through some beautifully tempting £50/ night sea-facing huts. Whitstable Castle was small and quaint, with a small café on its ground floor. Fancy a suave dinner? You can actually book the dining room for the evening, for a fee. 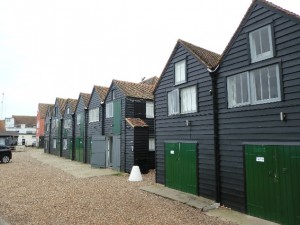 After a tour of the castle, I went back to the train station, took the speed train and headed back to London, all recharged, ready for whatever comes next!