The recent revelations about the use of TUEs (Therapeutic Use Exemption)* in elite sport has raised a number of interesting questions. Professor James Skinner responds to some of these issues.

*A TUE is special permission to use a prohibited substance or method for a legitimate medical condition.

What was your reaction to seeing the WADA (World Anti-Doping Agency) database compromised and upon reviewing the TUE information revealed? 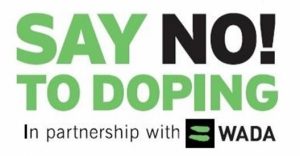 “While surprised I feel it was a reaction to the perceived inequalities about doping detection. Some athletes (from specific countries) may believe they are under greater scrutiny than others. The doping occurs on a global scale yet there is perhaps a belief that athletes from some countries are identified as dopers (which may be true), however athletes who dope from other countries are able to use the system to their advantage, the use of TUEs is an example of this. Hacking into WADAs database is an attempt to show that doping is sophisticated and can be done within the guidelines of the WADA code. It is therefore not considered to be doping although the taking TUEs it may be providing a competitive advantage.

A broader problem is that WADA organisational legitimacy is being questioned. WADAs establishing itself as the legitimate leader in the anti-doping agenda has been attributed to several factors). First, the equal partnership between the sports movement and governments of the world for the governance and funding of WADA is considered to have contributed to the legitimacy of WADA through both capital and influence. Second, WADA has secured international declarations that have commended and ratified the policy code it has developed. This includes the Copenhagen Declaration on Anti- Doping in Sport, which was drafted and agreed to by governments in attendance at the Second World Conference on Doping in Sport held in Copenhagen, Denmark. This declaration was the political document through which governments signaled their intention to formally recognize and implement the World Anti-Doping Code. Third, the World Anti- Doping Code has been approved by the United Nations Educational, Scientific and Cultural Organization (UNESCO) under the International Convention on Doping in Sport. The Convention has implications for governments around the world. The Code is a non- governmental document that applies only to members of sports organizations. The Convention goes beyond the Code to provide the legal framework under which governments can address the specific areas of the doping problem that are outside the domain of the sports movement. The Convention came into effect on 1 February 2007 and is considered to be the most successful convention in the history of UNESCO in terms of speed of development and entry into force.

The criteria that WADA are judged on as an organisation by its constituent members and how the recent doping scandals of Russia have impacted on how members of National Governing Bodies with the view to the legitimacy of WADA is now perhaps being questioned. These recent scandals have diluted the legitimacy of WADA and to some extent highlighted WADAs ineffectiveness. The hack further that may identify questionable TUE practices that reinforces this argument.”

Where should the line be drawn between treatment and enhancement?

“It is important to distinguish between substances taken for illegal gain and those prescribed for a medical need. Treatment should be to allow athletes to train and compete on a level playing field. The use of TUEs for enhancement should be banned however the challenge is to discern between the use of TUEs for treatment and performance.”

Should TUEs continue to be a part of WADA’s program? Or should those drugs that would be available via TUEs be usable by all competitors?

“The use of TUEs should remain as long as it can be clearly demonstrated it is for the purpose of treatment. I it unreasonable to ban all TUE use as athletes who require it for genuine reasons will be disadvantaged. There is the possibility TUE use would still continue regardless and WADA would then have to establish process to monitor this which would further stretch their resources and capability to eliminate doping. There is a need for greater transparency around TUE use to protect athletes with legitimate reasons for taking TUEs, however it needs to be balanced against the issue of the athlete’s right to privacy about their health.”

How do sport governing bodies reconcile improvements via technology (oxygen tanks, aerodynamic suits, better bicycles, etc.) versus those gained via drugs? Why are, say, inhalers/puffers prohibited but oxygen tanks are allowed?

“Many feel equipment does provide a competitive edge and wealthy countries have the resources to develop new technology and access the best sport science. Inhalers and puffers (referred to as Beta-2 Agonists) are known for their ability to relax the smooth muscle cells in bronchial airways. Athletes (without a condition such asthma) might be able to use substances such salbutamol to further relax the muscle linings of their lungs, improving their breathing capacity and providing an unfair competitive advantage, however, there are guidelines for inhalers and puffers, the period of use and dosage etc. It is important not to compare the two practices (technology and TUE use) but consider them as individual concerns. Finding solutions to the perceived inequities of the use of technology etc and the manipulation of the doping code would only be complicated by comparing these practices.”

You have explored the attitudes of young athletes toward PEDs(Performance Enhancing Drug/Substance): are there views different than those of adults? In other words, do you see the global stance on PEDs changing with the next generation?

“Difficult to predict if the global stance on PEDs  changing for the next generation. There are now arguments that suggest doping should be allowed. These arguments suggest it would allow for the effective monitoring and control of doping. These arguments are questionable on a number of levels, in particular the moral dilemma surrounding doping practice. Prevention is the best strategy for young people, we therefore need to know more about young people, how their attitudes develop and how their perceptions develop, this will allow us to restrict or reduce the use of drugs. 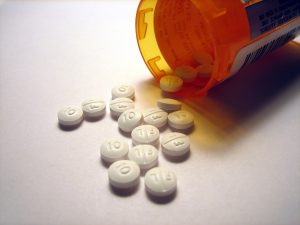 There are a number of studies that show athletes as young as 11 or 12 years of age use performance enhancing drugs, and that such use has increased in the past decade. The interesting study was our Australian study entitled: Tracking the Development of Attitudes to Doping: A Longitudinal Study of Young Elite Athletes (Skinner. Moston and Engelberg, 2011-2013). This research examined the behaviours and attitudes of a cohort of 12-17 year old elite development athletes with regard to performance enhancing drugs over 3 years. We found about 4% using PEDs – all ages (12s. 13s, 14s etc) – this was identified in year 2, slightly less usage in year 3 – (we did not ask question in year 1). Our findings suggest that young athletes who believe there is high drug use in sport believe they are more likely to use PEDs. Our findings suggested these young athletes intend to use PEDs as  they think everyone else is using – they see drugs everywhere – believe it is common. We concluded a young doping athlete who would exhibit the following characteristics:

Take a look at the full article here. 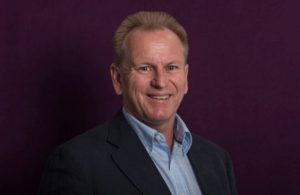