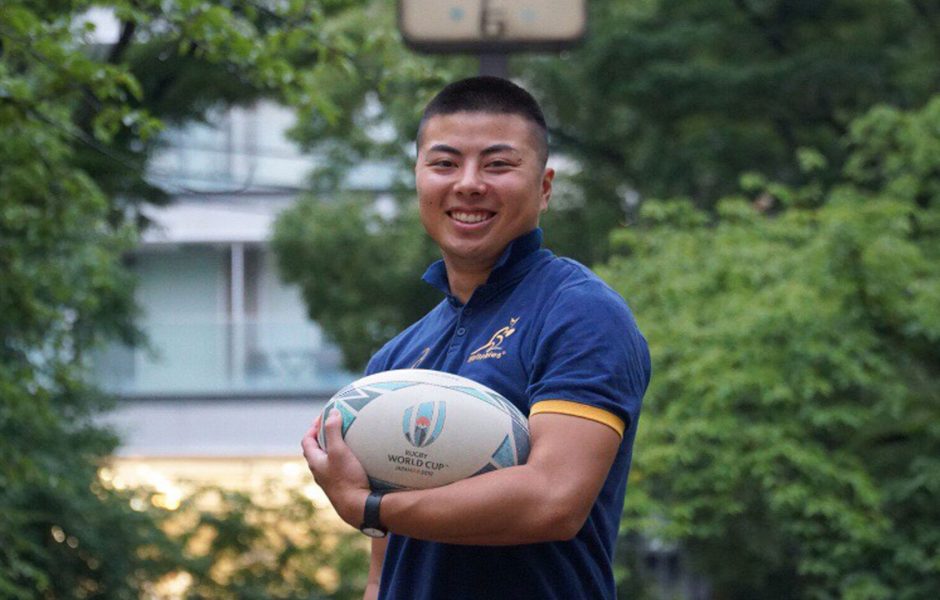 Sport Business and Leadership MSc student, Nao, has recently been interviewed by the Sport Management Hub about his work with Homeless Rugby, a non-profit organisation that builds strong partnerships between rugby clubs and local homeless charities to help create positive sporting opportunities.

In the article, Nao first expressed his love and passion for Rugby:

I was born and raised in Tenri City, Japan. It’s one of the most notorious cities in Japan for rugby, but my parents weren’t interested in rugby at all.

When I was 5 years old, my parents took me to a rugby match hosted in our city. I’m not sure exactly why they took me as they had no prior experience watching or playing rugby, but I fell in love with the game at first sight and haven’t looked back since.

Nao studied his bachelor’s degree in information technology (IT) in Japan. Nao chose the subject because he believes IT is changing the world and Japan, in particular has a reputation for being one of the most technological counties in the world. The tools Nao developed at University helped him advantage in the sports world.

Nao decided to come to the UK to learn all about the business side of sport, as well as have access to all sort of opportunities in the UK.

Currently, Nao is working for Homeless Rugby. This non-profit organisation is all about tackling social issues across Europe using rugby as a tool to help homeless people overcome difficult situations.

Homeless Rugby is based in the UK, forming partnerships wit local businesses. In doing so, thy work together to help homeless people learn essential rugby skills. Homeless Rugby believes rugby can be a starting point to a healthy lifestyle. It’s their hope that with more rugby participation, they can seek support services related to health, education, training, and employment.

Nao joined Homeless Rugby because he believes rugby needs to receive more attention and is such an important sport. Nao said:

The benefits of playing rugby from a societal standpoint are huge. Rugby helps build character and teachers essential life skills.

Even though Homeless Rugby is still a small organisation, the potential value in expanding is huge and I want to play part in that.

Alongside his work with Homeless Rugby, Nao played to victory with the Kings Cross Steelers at the Union Cup in Dublin in June 2019. The Union Cup is European’s non-professional LGBT+ inclusive rugby competition.

Nao hopes that in years to come there will be many Homeless Rugby clubs across Japan, as well as many businesses giving their support to the organisation. He is currently getting in touch with Japanese teams, potential sponsors and businesses to hopefully partner with and support Homeless Rugby.

You can read the full interview with Nao here.