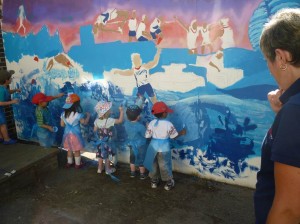 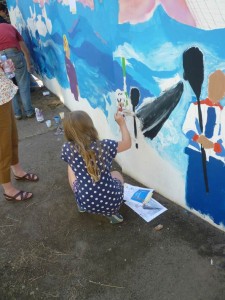 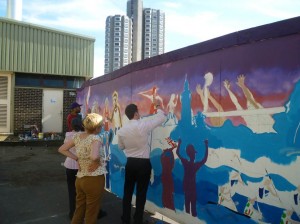 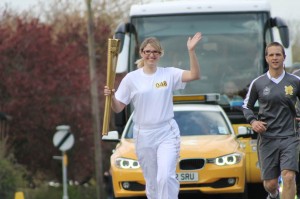 The Medal Makers interviewed seven volunteers who are also permanent university staff and students.  Their close and professional relationship with the university has shed some interesting light on how Preparation Camp is viewed by those who will remain at Loughborough after the Olympics has finished.

We found they actually shared many similar opinions and thoughts. For example:

Extra security arriving in Loughborough for the Torch Relay (but there’s always time for a photo with the local school children!)

The torch getting Paparazzi-style media attention on campus!

Our interviewees ranged from students, to administrative staff, to security, and each had their share of diverse opinions:

The Medal Makers are happy to hear how Preparation Camp has become a pivotal milestone in the university’s history. It is also really encouraging to hear how the Loughborough Legacy will continue on at a national level, but has also already benefitted the people directly affected by what the university has to offer, and will continue to do so for those to come!