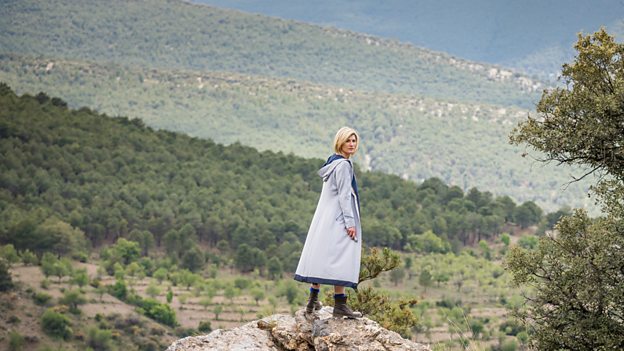 Time-travelling to the civil rights era

Dr Andrew Dix is a lecturer in American Studies, whose areas of interest include African American culture, twentieth and twenty-first century US fiction, the literature and cinema of US sport, film adaptation, Hollywood stardom, and cinema and globalisation.

Here he examines the powerful episode of Doctor Who that centered on Rosa Parks, an activist in the civil rights movement best known for her pivotal role in the Montgomery Bus Boycott.

In some fifty years of time-travelling, Doctor Who has encountered the monstrous in many forms. From the reptilian Silurians and bat-like Tetraps to the insectoid Tractators and bloodsucking Haemovores, menace has loomed unpredictably from every point in the vortex.

It is doubtful, however, whether the flesh-eating plants and intelligent viruses and cybernetic supermen previously confronting the Doctor and companions have been as terrifying as the version of monstrosity presented in this week’s episode, ‘Rosa’.

Instead of following precedents in the series and advertising their threat by giveaway details such as a maggoty appearance (the Mentors) or a canine head (the Garm), the monsters in ‘Rosa’ look to all intents and purposes like functioning human beings.

Yet their actions fall disturbingly outside of the expected human range. For no apparent reason, one of them suddenly and viciously slaps the face of the Doctor’s young black companion, Ryan.

Another of these humanoids towers aggressively over a calm African American woman, his eyes chilly and his speech frighteningly robotic even though it seems to be emerging from a creature of flesh and blood.

In this episode, written jointly by Doctor Who’s new creative head Chris Chibnall and the prolific author of young adult fiction Malorie Blackman, ‘Rosa’ is, of course, Rosa Parks, celebrated for the part she played in the civil rights movement in the United States.

Set in Montgomery, Alabama in 1943, then in 1955 on the eve of the boycott of the city’s segregated bus system, the drama has as its monsters the unthinking white racists of the South, as mechanical in their behaviour here and as convinced of their undying superiority as any Dalek.

‘What do you want with Rosa Parks?’

This is a good question, put by the Doctor in ‘Rosa’ to the episode’s secondary villain, a mysterious fellow time-traveller who has materialised in Montgomery to prevent the boycott and thereby extend the period of white supremacy.

What does Doctor Who itself, speaking now of the series, want with Rosa Parks at this particular historical moment? 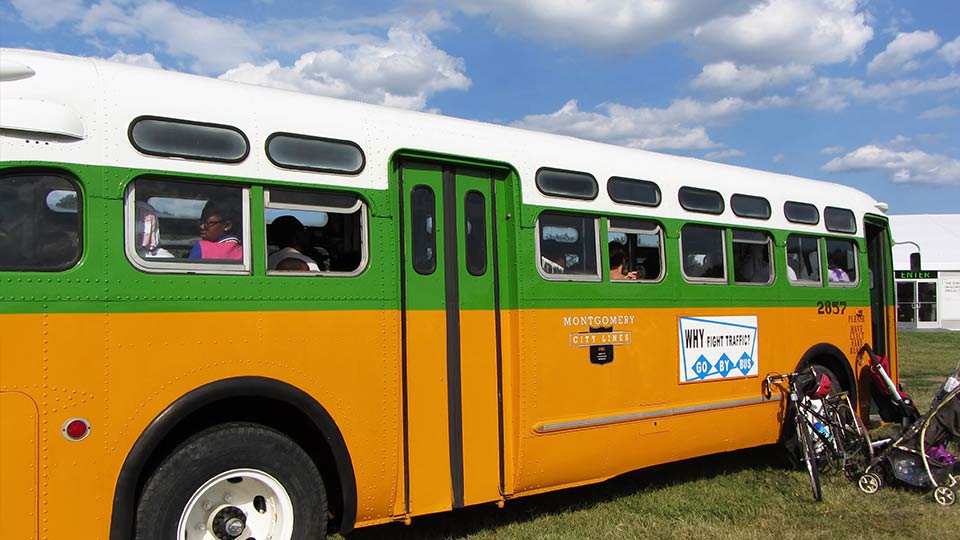 A fully-restored replica of the ‘Rosa Parks bus’.

Broadcast during Black History Month in the UK, this episode contributes engagingly and valuably to the work of consciousness-raising otherwise done by lectures, workshops and exhibitions.

After watching the show, its generally youthful demographic will no longer have an excuse to make Ryan’s mistake and believe that Parks was the first black bus driver in the US.

At the same time as welcoming ‘Rosa’, however, harder reflections on its racial politics are also appropriate. Lindy Orthia says of Doctor Who that ‘its representations of race have been, by turns, insightful and ignorant, utopian and pessimistic, oppressive and liberatory’ – and something of this to-ing and fro-ing, like the TARDIS’s own trajectories, can be seen in the new episode.

If the Doctor is not quite ‘white saviour’ here, she is certainly ‘white educator’, informing her companions, who include the British Asian Yaz as well as Ryan, about Parks’s life. Little indication is given of the length and breadth of Parks’s career as an activist fighting racial injustice.

There is the danger once more of reducing her to what, intending little compliment, Jeanne Theoharis calls a ‘storybook character and inspiring icon’.

In ‘Rosa’, the Doctor makes much of her opponent’s ‘temporal displacement weapon’.

This episode of Doctor Who is itself, of course, temporally displaced, jolted from the United Kingdom in 2018 back to the United States during the Second World War and afterwards. It thereby joins a rich array of recent audio-visual depictions of the civil rights era.

But why have their own coordinates been plotted to take them back to the segregated America of the 1950s and 1960s?

One answer to this question is troubling.

Choosing to revisit a period of grotesque and cruel white dominance may be in order to flatter ourselves with a sense of the rightness of our own, present-day racial politics. Often, however, these travels into the past also house an urgent imperative towards ongoing action. 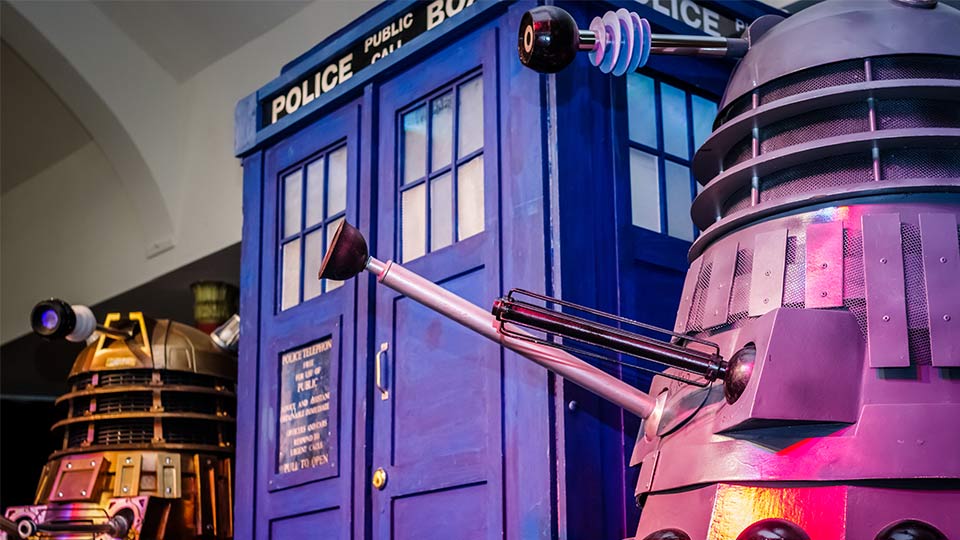 The closing credits of Selma, for example, are accompanied by a track from the rapper Common, connecting the protests of the 1950s to those against the police killing of the young African American Michael Brown in Ferguson, Missouri in 2014.

And in ‘Rosa’, too, the device of time-travel prompts a pointed comparison between the blatantly racist past and the current moment. Stealing a chance to talk in Montgomery, Yaz and Ryan compare their experiences of racial abuse in contemporary Britain.

Once again, Doctor Who shows that the most disturbing monsters are to be found in our own here and now.