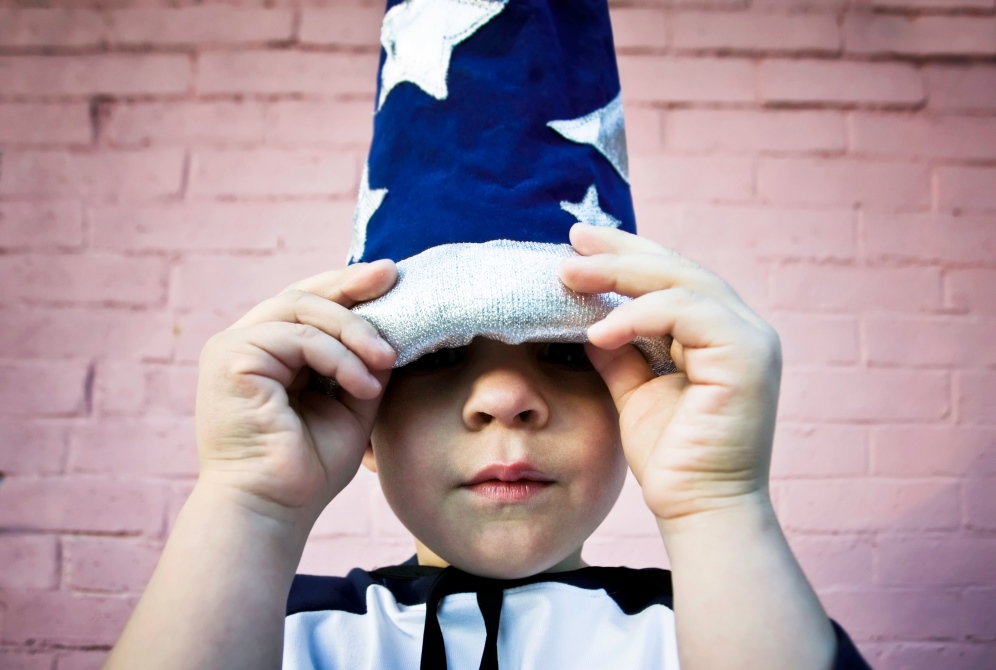 How World Book Day dresses up literacy as fun

As parents desperately try to create World Book Day costumes for their little ones out of old tights and tin foil, Dr Oliver Tearle looks at how fancy dress and cut price books are helping to encourage children to fall in love with reading.

World Book Day both is and is not held on the first Thursday in March. That is, internationally World Book Day falls on April 23 (to mark the presumed date on which Shakespeare was born) but in the UK we have our own World Book Day, held in early March each year. So in Britain we have a ‘World Book Day’ that is, oddly, unrecognised by the rest of the world.

Why Britain should have its own date for World Book Day has little to do with a disdain for Shakespeare’s birthday and a great deal to do with St George and the UK school holidays. What’s more, schools are sometimes closed for Easter on April 23, and since teachers and pupils going to school dressed up as their favourite fictional characters is such an integral part of the event, Britain has launched its own breakaway event when, for one day only, children can be found attending classes dressed as everything from Mr Tickle to the Golden Ticket from Charlie and the Chocolate Factory. And, of course, April 23 in England is already an established date in the calendar. Marking St George’s Day and turning up to registration as the Cat in the Hat would, one suspects, be too much excitement for one day.

The idea that drives World Book Day – a registered charity, recognised by UNESCO – is a noble wish to encourage a love of reading among schoolchildren. In 1997, the same year that World Book Day was officially launched in the UK, the National Literacy Strategy was introduced. Before this, only half of children reached the literacy level expected for their age. By 2009, the figure had risen to 86% for eleven-year-olds.

The late Doris Lessing once advised that parents who wished to inspire their children to read should leave books lying around the house marked ‘forbidden’, but bringing classic children’s characters to life in costumed form is another way to engender a love of reading at a young age. Each year, several new children’s titles are released (the number seems to increase year on year) as special ‘World Book Day books’. In 2016, a total of 789,738 books were made available to schoolchildren for £1 each; this year, the target is 1 million. Making children’s books available for such a reasonable price, and encouraging pupils to come to school not in uniform but as Harry Potter or Miss Trunchbull from Matilda, helps to convey to children the sheer fun that reading can provide.

These £1 books aren’t always new stories by current authors. They have also included, in 2005, a new Roald Dahl book, fifteen years after his death. Roald Dahl’s Incredible Chocolate Box was a feast of facts about the author’s favourite sweet treat, and a fitting book from the author who, as a schoolboy at Repton, had been a taste-tester for Cadbury’s chocolate and who advocated the teaching of the history of chocolate in schools. Dahl made the World Book Day list again in 2016, when The Great Mouse Plot was released as a book for pre-school and primary school readers. Once again, the book was short and very sweet, the story being Dahl’s account of a real event from his childhood, when he and a group of friends were caned for putting a dead mouse in a jar of gobstoppers at the local sweet shop.

Other writers to have a posthumous presence in the World Book Day book lists include Dr Seuss, whose Dr Seuss on the Loose, a selection of his best rhymes, came out in 2011. Dr Seuss has been a hugely popular children’s author since the mid-twentieth century and, if traffic to my blog in the last few days is anything to go by, he remains a firm favourite for UK World Book Day. His books have sold around half a billion copies worldwide – not bad for an author whose first book was reportedly rejected by over 20 publishers.

And what of this year? Books released to coincide with UK World Book Day 2017 include titles by Julia Donaldson (best-known for The Gruffalo), Horrid Henry creator Francesca Simon, and former Children’s Laureate Jacqueline Wilson. And although an Enid Blyton Famous Five book is numbered among the list, the focus is overwhelmingly on popular contemporary authors who are releasing new stories to coincide with the event. But as Blyton’s presence on the list demonstrates, and as previous years have shown, we can never be sure when a ghost from Children’s Literature Past is going to return, introducing a new generation of readers to their work. When they do so, we can be sure that they will remain part of those readers’ lives long after those World Book Day costumes have been hung up for the year.

Dr Oliver Tearle is a lecturer in English at Loughborough University’s School of the Arts, English and Drama. He runs a popular blog, Interesting Literature, and is the author of The Secret Library: A Book-Lovers’ Journey through Curiosities of History (Michael O’Mara Books, 2016). He is currently researching the culture of academic literary blogging.