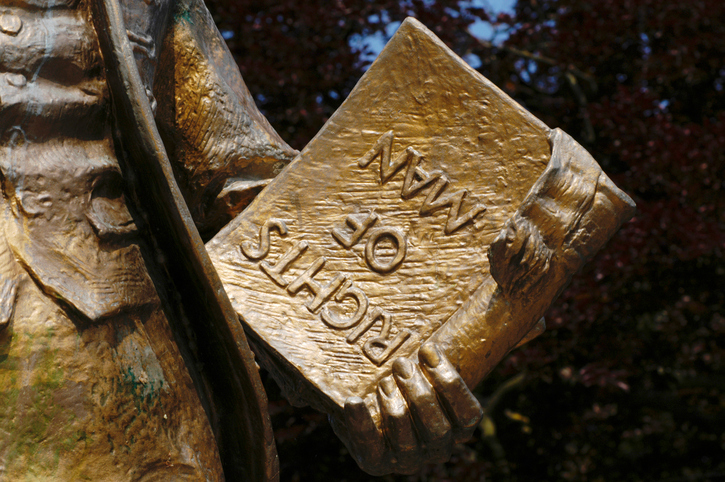 Dr Catherine Armstrong is a historian of colonial North America and the United States in the eighteenth and nineteenth centuries.

The United Nations has designated August 23rd as International Day for the Remembrance of the Slave Trade and its Abolition – a day to think about the causes and consequences of racism, prejudice, racial discrimination and social injustice.

Its focus is the tragedy of the transatlantic slave trade, an economic system underpinned by racism that saw the transportation of at least twelve million Africans to the Americas and the Caribbean.

This is an opportunity to reflect on suffering, but also to consider how abolition was achieved, including the role of the resistance of the enslaved themselves.

These aims are laudable. The legacy and memory of transatlantic slavery are still contested and the voices of slave descendants are often silenced, and financial inequalities are stark between the countries who stole people in the slave trade and those that lost people.

We must allow time to think about the experience of slavery.

But, to imagine that this is consigned to history, a distant memory, is very wrong.

When in 1807 the British legally ‘abolished’ the transatlantic slave trade, their efforts were not immediately successful: the slave trade and slavery in Africa persisted long afterwards.

It took half a century of negotiations for the United States to join an international system of stop and search for illegal slave-trading ships. 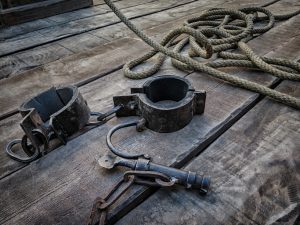 Conditions were harsh as on the transatlantic slave ships, with disease, suicide, hunger and thirst and ship-board mutinies rife.

The Portuguese were also reluctant signatories, and the British, eager to preserve long-held alliances, turned a blind eye.

The smugglers were often one step ahead of the authorities, and the embarkation of slaves moved to new ports on the southern and eastern African coast.

A slave trading system mirroring the Atlantic one had for centuries existed in the Indian Ocean world and the British knew that some of the most powerful slavers, such as Tippu Tip, who operated out of Zanzibar, were useful allies because of their local knowledge and influence.

In some African industries, such as diamond mines of South Africa, cocoa plantations on islands off West African, and rubber harvesting in Congo Free State, white Europeans deployed black forced labour well into the twentieth century.

This use of forced labour was justified by Social Darwinist ideas claiming that child-like Africans did not work without coercion.

Elsewhere, in a system of enslavement known as ‘blackbirding’, Pacific Islanders were shipped long distances for use in colonial sugar and rubber plantations. 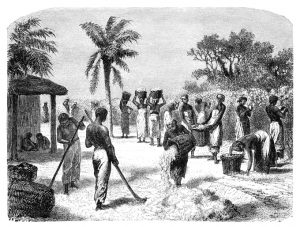 In the late nineteenth century, thousands of voluntary economic migrants left India and China, but many were promised good jobs and comfortable conditions and were lied to by unscrupulous employment agents.

Sometimes migrants realised their mistake and tried to escape but just like African slaves, they were imprisoned in barracoons on the coast awaiting the arrival of the next ship.

Conditions were every bit as harsh as on the transatlantic slave ships, with disease, suicide, hunger and thirst and ship-board mutinies rife.

Transfer to a system of free labour in the Atlantic world was complex.

In the United States, until at least the outbreak of World War Two, many African Americans in rural areas were tied to descendants of their former slave owner through debt bondage or became trapped in convict labour because of trumped-up charges.

By the twenty-first century, slavery is still not consigned to history; the West African country of Mauritania, where slavery is nominally illegal, has the highest proportion of chattel slaves in the world, operating a race-based system where darker skinned Africans are slaves to lighter skinned Arabs.

The International Day for the Remembrance of the Slave Trade and its Abolition reminds us that transatlantic slavery was one of the most virulent slavery systems the world has known, but we must not forget that slavery and forced labour still exists in the Atlantic world, and globally, and a new abolition is needed to shine a light on its horrors.