Four million-strong Women’s March: A message to Donald Trump which echoes struggles of the past

A huge throng of female protesters rallied wearing symbols of unity, challenging the decisions of those in power.

News reports demonised them and branded them whores, bawds, and even ‘scum of the suburbs’, but they defiantly lined the streets of Westminster, coming together outside the Houses of Parliament, and demanding an end to the English Civil War.

This bloody conflict was ripping the country apart, taking husbands away from home with the very real prospect they would not return safely.

On this occasion, in August 1643, it wasn’t pink knitted hats which acted as a symbol of unity – like the ones worn by four million women at the weekend in protest against President Trump’s recent campaign and upcoming polices – instead in this 17th century London scene, the 6,000 angry female demonstrators wore white ribbons.

But the message was the same.

We won’t stand for this. 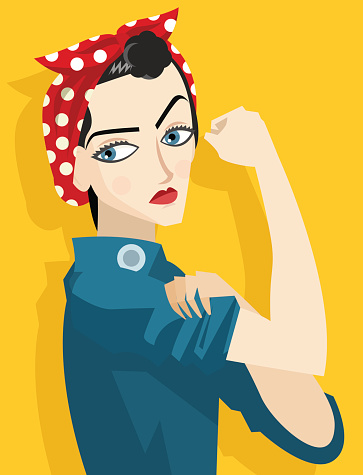 Dr Sara Read, a specialist in Early Modern Literature, at Loughborough University’s School of Arts, English and Drama, said the theme of women’s marches has recurred many times through history.

And they have always made an impact.

“At the weekend around 2.6 million women (USA Today) in cities across the world are estimated to have participated in the Women’s March in protest to the policies of President Trump,” said Dr Read.

“At the end of the 19th and early in the 20th centuries members of the British Women’s Social and Political Union (WSPU) also marched for the right of women to vote in what is widely known as the ‘Suffragette movement’”.

“The history of women organising and making political protests goes back much further, however.”

“In one example, discussed in my History Today article, women organised a protest about the English Civil War, and in August 1643, several thousand of them gathered on Parliament Square to make their collective voices heard.

“In a similar fashion to the Women’s March of today, which used the unifying symbol of pink knitted hats, the 17th century protestors wore a white ribbon to mark them out as part of the group and as an advocate of the anti-war sentiment.”

On January 21, women in 60 countries united in cities across the globe to object to the negative stereotyping and divisive portrayal, By the President of the United States Donald Trump, of certain demographic groups in the US.

“The rhetoric of the past election cycle has insulted, demonized, and threatened many of us – immigrants of all statuses, Muslims and those of diverse religious faiths, people who identify as LGBTQIA, Native people, Black and Brown people, people with disabilities, survivors of sexual assault – and our communities are hurting and scared.

“We are confronted with the question of how to move forward in the face of national and international concern and fear.

“In the spirit of democracy and honouring the champions of human rights, dignity, and justice who have come before us, we join in diversity to show our presence in numbers too great to ignore.”