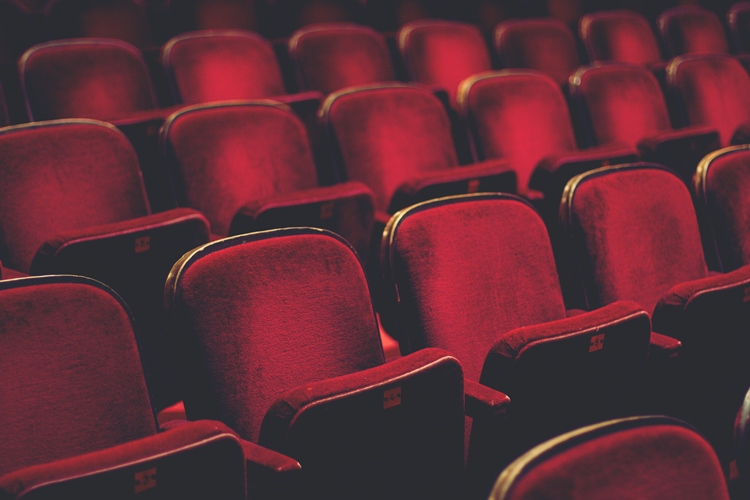 Five films that reflect on the complexities of the Olympics

As the Rio Games get underway, Dr Andrew Dix discusses films from the 1930s to the present that touch on the ambiguities as well as the exhilarations of the Olympics.

Every Olympics, as David Goldblatt shows in his very recent book The Games (2016), is attended by controversy and concern as well as pride and exhilaration. Host nations anxiously tot up not only their medal hauls but the costs – economic, political, cultural – of staging the Games. Beyond the host countries, competing nations face their own kinds of Olympic crisis, ranging from the geopolitical (recall the Cold War skirmishes regarding participation in Moscow 1980 and Los Angeles 1984) to the pharmaceutical (witness current concerns over Russia’s anti-doping regime).

Unsurprisingly, in view of the ambiguity of this subject matter, the atmosphere in films about the Olympics quite often tends towards the downbeat. Makers both of documentaries and features have long found in the Games occasion not only for narratives of sporting dexterity and endurance, but also for stories of human loss and social crisis. The camera’s gaze is liable to be drawn from the excitement of competition itself to disturbing aftermaths (as in Jim Thorpe – All-American, in 1951, which depicts the Native American decathlete stripped of two gold medals from the 1912 Games on flimsy grounds of his professional status in an amateur era). Shots, as much as shot-putters’ grunts, are likely to be heard on the soundtracks of Olympic-themed films (as in Steven Spielberg’s Munich, released in 2005 and dwelling upon Israel’s response to the murder of 11 of its athletes during the 1972 Games).

The five films listed here will help you get into ‘the Olympic mood’ precisely because the mood surrounding the Games is often complicated rather than straightforward, a state of reflection as well as one of celebration. Three of the films are documentaries, two are features: each is absorbing.

1. Olympia (Germany, 1938). Directed by Leni Riefenstahl, Hitler’s favoured filmmaker, this documentary of the 1936 Berlin Games still troubles because of its perceived affiliations to Nazi ideology. Certainly, the striking early montage of naked athletes risks seeming a cinematic complement to state ideals of the perfected Aryan body. Yet, in the film’s coverage of the Games itself, the toothy grin of African American athlete Jesse Owens, winner of four golds, proves as memorable a sight as that of any white sportsperson. Riefenstahl’s documentary astonishes still in its innovatory camera positioning, its use of slow motion, and in its experiments with sound design. Interestingly, the drama not only of Owens as an African American athlete at a time of racial segregation, but of Riefenstahl as a Nazi filmmaker, has just been revisited in Stephen Hopkins’s film Race (2016).

2. Tokyo Olympiad (Japan, 1965). Kon Ichikawa’s documentary of the 1964 Games in Tokyo begins, poignantly, with images of the destruction of a Japanese urban landscape. Here, however, the devastation has been wrought not by air attack from abroad but by the nation’s own authorities in preparing new ground for the Olympics. Like the Games themselves, the film played a significant part in Japan’s emergence from the ruins of World War II. And yet, in its wide-ranging focus upon multiple sports and upon competitors of many countries, there is resistance to a simple outlook of Japanese nationalism. One tagline under which the film was released – ‘The Man’s Picture … Every Woman Will Love’ – is undeniably sexist, but aims to get at its appeal to a constituency beyond that preoccupied by the machismo of competition.

3. Chariots of Fire (UK, 1981). This film registers now, perhaps, less as an intact narrative than as a single iconic scene: the opening montage of runners in slow motion on the sand, scored to Vangelis’s synthesisers. It lends itself, too, to patriotic usage (not only because of the British sporting triumphs it documents but because of its own Oscar-winning). Beneath the nostalgic surfaces, however, the film’s account of the 1924 Paris Olympic success of two contrasting athletes – the Jewish Harold Abrahams and the Scottish Christian Eric Liddell – retains some bite. British prejudices and snobberies are as much a target here as Abrahams’s and Liddell’s rivals on the track.

4. Freedom’s Fury (US, 2006). ‘Serious sport’, George Orwell famously wrote in 1945, is ‘war minus the shooting’. This documentary tells of a moment when sport served more obviously than usual as war’s proxy: the brutal semi-final of the water polo competition in the Melbourne Olympics of 1956, staged between Hungary and the Soviet Union at a time when, back in Europe, Hungarians were rising against their Moscow-oriented government. The contest’s violence perhaps explains the presence in this project, as executive producer, of Quentin Tarantino. And yet, as well as compellingly narrating the clash of 1956, the film movingly engineers a reunion of the surviving players of both teams.

5. Foxcatcher (US, 2014). To call Foxcatcher a film about the Olympics is akin, perhaps, to describing Hamlet as a play about grave-digging. Los Angeles 1984 and Seoul 1988 are key plot points here, but the movie is drawn less to its two champion American wrestlers than to their enigmatic benefactor and would-be mentor, John DuPont from the family of wealthy industrialists. The camera keeps its distance throughout, maintaining DuPont’s mystery until the tragic finale. Here is an ‘Olympic film’ as far from celebration, even from good cheer, as it is possible to be.

Dr Andrew Dix is a Lecturer in American Studies in the School of the Arts, English and Drama. His areas of interest include African American culture, twentieth and twenty-first century US fiction, the literature and cinema of US sport, film adaptation, Hollywood stardom, and cinema and globalisation.