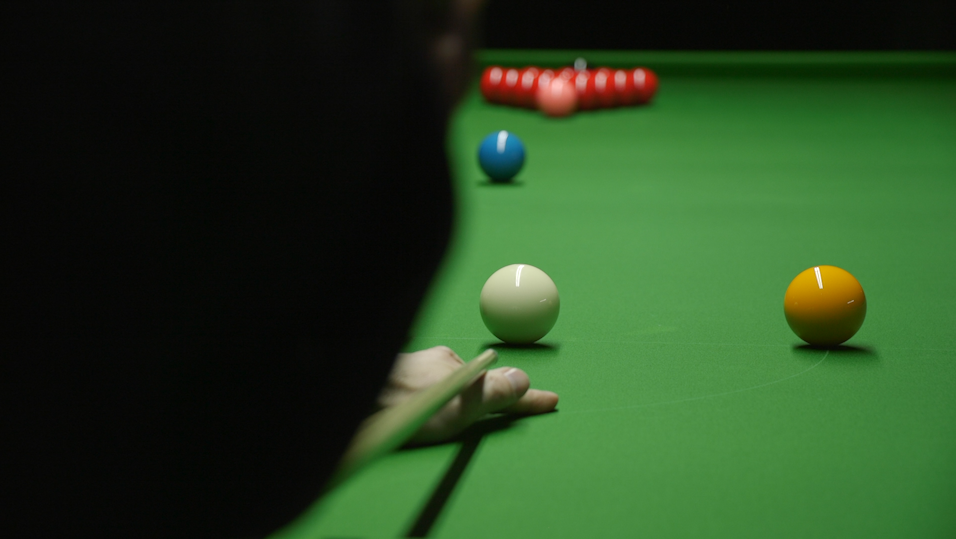 Ever watched snooker and wondered how on earth a player produced a certain shot? Don’t worry, a Loughborough University physicist has the answers…

Dr Phil Sutton has broken down the sport’s numerous shot types, including topspin, backspin, sidespin and curving the ball. He’s even used science to reveal the best way to chalk your cue (there is a right and a wrong way) and how to make the perfect break.

Shaun Murphy’s unbelievable shot in the 2017 World Championship seemingly defied physics. Using sidespin, the cueball was manipulated in a way that made it bounce off a cushion in an unexpected fashion.

By hitting the cueball above or below the centre, players can manipulate the object to travel forwards or backwards after a connection is made. Dr Sutton revealed how the effects are applied and why the cueball’s momentum is changed.

Occasionally players are required to swerve the cueball around an object. Dr Sutton explained how the curve is generated using a combination of side and bottom spin.

All of the shots above would not be possible without adding chalk to the cue tip. However, many novices apply chalk incorrectly by screwing into the tip, which actually causes a sandpaper effect, rather than delivering the required rough surface.

The final video looks at the best way to break off without separating too many balls from the pack. Using Newton’s Cradle, Dr Sutton explains what needs to happen to get the cueball into a safe position and keep the reds from scattering.

Thank you to pro snooker player Tom Ford and Arena Pool and Snooker, Loughborough, for assisting with the filming of Snooker Physics.