According to the UN’s New Sustainable Development Agenda, state-level anti-poverty programmes are a core building block of global strategies for poverty alleviation. The notion of anti-poverty programmes encompasses all the schemes protecting the poor and vulnerable from food insecurity, lack of sustainable livelihoods, and all the problems that income poverty entails. These programmes take different shapes according to their purpose and context of application, and recent World Bank data show that they can offer an effective response to poverty and exclusion on a global scale. 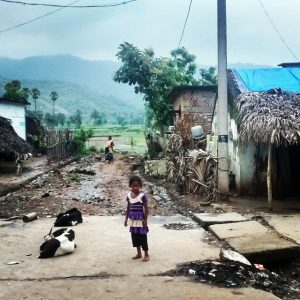 Over the last few years, anti-poverty programmes worldwide have become increasingly computerised, leveraging the advantages that digital technologies can bring in improving design and implementation. The bulk of existing studies focuses, however, on the technical parts of the process, looking at the sheer effects of digitalisation on the delivery of social safety nets. Against this backdrop, the political effects of computerisation have not yet been systematically examined, leaving an open question on how new digital artefacts affect existing anti-poverty policies. The widely recognised political nature of local and global anti-poverty systems makes this a question of paramount importance.

To fill the gap, Dr. Diego Maiorano (University of Nottingham) and I have conducted a study of the digitalisation of India’s largest workfare scheme, the Mahatma Gandhi National Rural Employment Guarantee Act (MGNREGA). Launched in 2006, the programme provides a legal guarantee of 100 days of employment in public works per year to rural households who demand it. In the wake of India’s move to a digital anti-poverty agenda, MGNREGA is being computerised at the state level, and our study focuses on one of the states (Andhra Pradesh) whose digitisation is most advanced.

MGNREGA in Andhra Pradesh is based on an information system that enables web-based accessibility of all transactions in the programme. This means that the programme’s core phases – generation of public works, procurement of materials, measurement of works, processing of payments, and generation of public reports – are visible online, and available for public scrutiny. The technical purpose of the system is that of preventing the illegal diversion of resources, which is one of the main problems in India’s social safety nets. By building transparency into the system, the state government seeks to build citizens’ trust in the administration and delivery of resources. 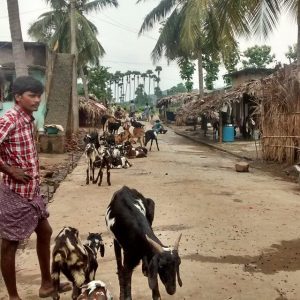 However, the core finding of our study is that technology for MGNREGA is designed in a finalistic way, which concurs to facilitating centralised decision-making in the scheme. Field Assistants, who are appointed officials responsible for the village-level management of the programme, have direct control on the information inputted in the system, which contributes to crystallising their position of authority. Biometric authentication of beneficiaries is designed to prevent theft of wage payments, but does not involve a mechanism to ensure that payments will be timely and complete. For how the system is designed, public scrutiny of transactions does not result in the empowerment of wageseekers, which often turn to volunteer organisations to see their rights defended.

In sum, digitality has meant greater transparency of this important anti-poverty scheme, generating significant improvements in how resources are managed. But the technology design still constructs workers as passive beneficiaries of the programme, rather than as active participants to it. Rather than subverting existing power relations, the information system seems to embody a policy that crystallises them, which is reflected in the programme’s design and implementation.

Digitalisation is widely seen as desirable for anti-poverty schemes, as it uses technology to increase the effectiveness of programmes that feed the world’s poor. Our research concurs, however, to showing that the equation is less simple than that, and political agendas that come with technology have important implications for the entitlements of the poor. In Andhra Pradesh, the computerisation of a massive workfare scheme does not result in workers’ empowerment, and supplementary mechanisms, including social audits and volunteer action, are needed for their rights to be ensured. Digitalisation has improved anti-poverty resource management, but has not resulted in the shift in power balance that the dominant narrative advocates.

We expect the study to generate impact on India’s ongoing computerisation of anti-poverty programmes, conducted under the aegis of Aadhaar (the national biometric identification system, constituting the biggest biometric database worldwide) and the recently launched Digital India campaign. Along the many studies on the effects of computerised poverty alleviation, a political perspective looks at the effects on poor people’s experience of social safety schemes, and the way their entitlements and daily lives are affected. Studies on how technology affects existing power structures, very common in the organisation studies literature, should be extended to anti-poverty schemes, to ensure that technology results into effective change on the long term.

This study is part of a wider project on digitalisation of India’s anti-poverty programmes, presented at the UNESCO Chair in ICT4D in February 2017. Dr Silvia Masiero will present her latest data at the Development Studies Association Conference, University of Bradford, on 8 September 2017.

This Blog post was written by Dr Silvia Masiero, Lecturer in International Development and member of the Centre for Service Management. Silvia can be reached on s.masiero@lboro.ac.uk