Alistair Milne: Why the media is wrong about Brexit (it’s not about ‘hard’ or ‘soft’)

Professor Alistair Milne at the SBE has just written a new blog post for The UK in a Changing Europe, published today, about why the CBI are right in calling for an extended negotiation with the EU over Britain’s exit. He writes:

“In a recent speech Carolyn Fairbairn and Rain Newton Smith of the Confederation of British Industry, have made the case for an extended period of transition, with the UK remaining part of the Single Market for some years after Brexit in March 2019

“The CBI argument has been met with scepticism by those who have argued for a strong or hard Brexit, e.g., the Daily Telegraph reports that the pressure group Change Britain responded by saying: ‘Committing to stay in the EU’s Single Market and Customs Union during a transition period would only serve to tie our hands during negotiations, and make it more likely that the EU gives us a bad deal.’

“Our work on the trade consequences of Brexit and a conference we ran in Dec last year, on behalf of the UK in a Changing Europe Initiative suggests that the CBI are absolutely right and Change Britain are wrong.” 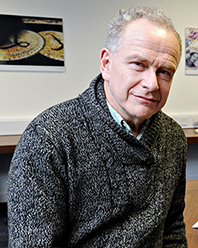 Professor Alistair Milne is Professor of Financial Economics at the SBE and can be reached on a.k.l.milne@lboro.ac.uk