This Blog post was written by Dr Silvia Masiero.

The link between the diffusion of information and communication technologies (ICTs) and women’s empowerment, with particular reference to developing country contexts, is being leveraged in the formulation of global development policies. The World Development Report 2016 states that ICTs allow women to participate more easily in the labor market, enacting mechanisms of empowerment based on income generation. 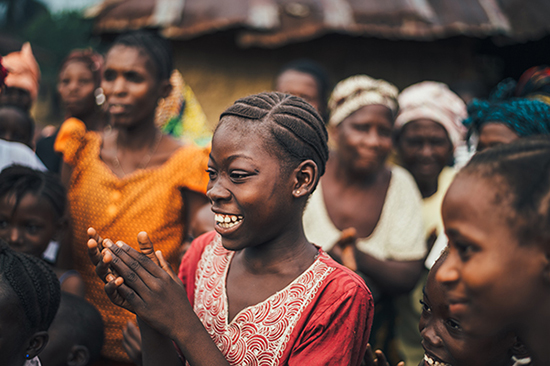 The United Nations’ Sustainable Development Goal 5, centred on gender equality, has a sub-target 5b to “enhance the use of enabling technology, in particular information and communications technology, to promote the empowerment of women”. Statements of this kind are predicated on the recognition of a link between technology adoption and development, with strong implications for both the theory and the practice of female empowerment.

At the same time, mobile and mobile Internet use are growing exponentially around the world, and their growth – much faster than that of fixed lines or desktop Internet – yields visible potential for social development. The focus on poverty reduction, recognised as a priority in the post-2015 agenda for global development, needs to be accompanied by the ability to disentangle the mechanisms through which ICT enables development in practice. This makes it important to unpack the link between mobile Internet and female empowerment, conceived in terms of income generation as well as changes in oppressive societal structures.

One of the key routes to female empowerment is income generation, whose potential is being increasingly leveraged in economic development policy. This raises questions on the type of empowerment fostered by mobile phones, as well as the mechanisms through which this is enabled or constrained: crucially, what kinds of income generation can these devices enable for women? And what implications does this have for development management?

We sought to answer such questions by analysing empirical data from 30 focus groups (a total of 198 respondents) conducted in Kenya, Ghana and Uganda, with 18 to 25-year-olds living on under $2 a day. While the original focus groups were conducted with both men and women, we analysed the female focus groups first, then brought in male perspectives for contrast.

The focus group data allowed us to shed light on the mechanisms flowing between mobile Internet usage and income generation, through the narratives of women adopters operating in resource-constrained environments. In all three settings, we found that mobile Internet yields affordances for low-income women, creating new mechanisms of income generation that involve creation of new microbusinesses and expansion of existing ones.

However, in terms of the translation from income generation to empowerment – conceived in terms of transforming power relations in favour of women’s rights – our respondents’ narratives cast doubt and suspicion. In spite of the affordances of mobile Internet, we found a range of old cultural stereotypes built around new technological devices, factually replicating old forms of patriarchy around new ICT artefacts.

Mobile phone adoption, in particular, does not challenge old cultural norms discouraging women from seeking independent work, and it is instead appropriated in narratives that rebuild existing stereotypical visions around the new devices.

In addition, policies underlying mobile-based economic activities are found to be mostly static over time, and are hardly challenged by the advent of digitalisation.

On the basis of our focus group data, affordances of mobile Internet are actualised by women adopters, but do not translate into empowerment conceived as achievement of greater and durable gender equality. Diverse implications arise for development theory and economic development policy.

From a theoretical standpoint, the study problematises a link – between adoption of mobile devices and empowerment of women in resource-constrained settings – which has not yet been supported by substantial empirical evidence. By ascertaining the presence of mobile-based income generation opportunities, combined with limited translation of these into gender empowerment, the study sheds light on the functioning of the link as experienced by below-poverty-line respondents in the three African countries researched.

In terms of development policy, the adoption of mobile devices is far from gender neutrality, and shows limited ability to challenge existing male-dominated sociocultural structures. While we did not hear of outright restriction of devices by men in our sample groups, what we did see was persistence of patriarchal cultural norms and lack of belief by women in terms of potential for societal change.

This does not automatically make mobile adoption ineffective for gender empowerment, and its ability to foster women’s income generation actually confirms the potential recognised in Sustainable Development Goal 5. It does, however, illuminate the need for a policy environment that sustains women’s inclusion, challenging norms and stereotypes that prevent the transformation of oppressive power relations.

While technology alone is not sufficient to determine this, its integration in a transformative policy framework may mean a significant step towards empowerment.

Full research paper by Savita Bailur and Silvia Masiero is available here. The paper is based on research conducted with Emrys Schoemaker and Jonathan Donner, for Caribou Digital and MasterCard Foundation.

This Blog post was written by Dr Silvia Masiero, Lecturer in International Development and member of the Centre for Service Management. Silvia can be reached on S.Masiero@lboro.ac.uk