IFLA Statement on Libraries and Intellectual Freedom, 20 Years On – the UK Perspective 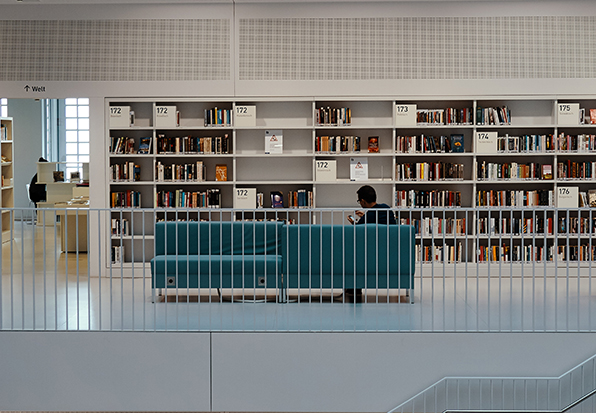 FAIFE is marking the 20th anniversary of the IFLA Statement on Intellectual Freedom. To understand where the debate on intellectual freedom stands today, we are talking with the members and expert advisors of the FAIFE Committee. Today, we’re getting the perspective from the United Kingdom from Louise Cooke, Professor of Information and Knowledge Management at Loughborough University.

This year we celebrate twenty years since the IFLA Statement on Intellectual Freedom was prepared by IFLA FAIFE and approved by the Executive Board of IFLA on 25 March 1999 in The Hague, Netherlands.

This seems a good point to stand back and reflect on where we are now as a society in terms of intellectual freedom, and some of the challenges facing this critical human right.

Of course, our perspectives will differ according to where in the world we are living, not to mention our own subjective views: therefore, this blog can only be written from my own perspective as a UK citizen. However, comments and reflections from your own personal and geographical perspective would be welcome in the comments section below. Please feel free to contribute!

“Everyone has the right to freedom of opinion and expression; this right includes freedom to hold opinions without interference and to seek, receive and impart information and ideas through any media and regardless of frontiers.” (United Nations, 1948)

Although not explicitly using the term ‘intellectual freedom’, this is a useful starting point for a definition.

It is inclusive – everyone has an equal right to this basic civil liberty. It also acknowledges the right to hold opinions without interference, whether or not we choose to express them.

In addition, it does not constrain itself to freedom of expression (i.e. the right to speak, write or publish controversial opinion) but also highlights the importance of freedom of access to information, in whatever form it takes and wherever we may be in the world.

In the UK this right is all too often taken for granted: albeit that it is restricted by numerous legislative instruments (such as the Obscene Publications Act 1964, the Counter-Terrorism and Border Security Act 2019 and the Public Order Act 1986) and social norms that proscribe potentially offensive or harmful speech, there is a general belief that we are relatively free to voice our opinions and to access information without constraint.

The UK Human Rights Act 1998 Article 10 reflects the UN UDHR in asserting that everyone has the right to freedom of speech, including the right ‘to hold opinions and to receive and impart information and ideas without interference by public authority and regardless of frontiers’. Since 2005, we have also held a legal right to request information held by public authorities via the Freedom of Information Act 2000.

However, it must be borne in mind that these rights are qualified, for example in the interests of national defence and security and, in the case of the Human Rights Act, also for ‘the protection of health and morals’, all of which exemptions seem sufficiently broad (and vague) as to raise questions about the validity of the protection of freedom of speech and freedom of access to information in practice.

The UK is currently undergoing a period of turmoil, change and uncertainty, in particular with regard to the proposed exit from the European Union.

A recent ‘Democracy Audit’ (Dunleavy, Park & Taylor 2018) carried out by scholars at the LSE highlighted the adverse impact of divisions over Brexit and chaotic political party relations, the polarisation of debate and the damaging impact on small parties inflicted by the ‘first past the post’ electoral system, and the damage caused to public services by the austerity agenda pursued between 2010 and 2018.

Public libraries have been hit particularly hard by this agenda, with nearly 130 public library closures in 2018 alone, and many local libraries being ‘deprofessionalised’ and left to community groups to run.

This is a concern for intellectual freedom: whilst well-meaning volunteers may prevent a local area from being left with no library service, volunteers are not usually professionally trained and may not hold the same awareness of, and commitment to, the professional body CILIP’s commitment to the principle of intellectual freedom and rejection of censorship and its newly revised Ethical Framework.

Meanwhile, work carried out at Loughborough University between 2012 and 2014 on UK public libraries’ management of internet access, found that, while the use of filtering software appears to be ubiquitous in UK public libraries, most professional and frontline library staff regarded the expediency of this to be of greater import than the potential adverse impact of filtering on intellectual freedom.

In addition to the impact of public library closures, increasingly restrictive anti-terrorism legislation, and the use of filtering software, public libraries in the UK are, as elsewhere, subject to challenges from members of their local community regarding appropriateness of material held by the library.

Censorship challenges to books held in Scottish public libraries are detailed in a 2012 paper by Taylor and McMenemy, which also discusses the actions taken by the libraries concerned in response to the challenges.

Although this study is also a good example of the use of Freedom of Information legislation to shine a light on the extent of censorship in libraries, and the protection that can be offered by a carefully developed and implemented collection development policy, it also reflects the fact that there is no room for complacency with regard to the state of intellectual freedom in UK public libraries.

Moreover, as new challenges and threats arise in line with new technological developments that offer ever greater opportunities for surveillance and more sophisticated and widespread data collection and analytics, the need for librarians to be constantly aware of their ethical responsibilities with regard to protection of user privacy and the protection of intellectual freedom will only become more acute.

This Blog post was written by Professor Louise Cooke, Professor of Information and Knowledge Management and member of the Centre for Information Management at the School. Louise wrote this post for the IFLA on 30 July 2019. She can be reached on l.cooke@lboro.ac.uk