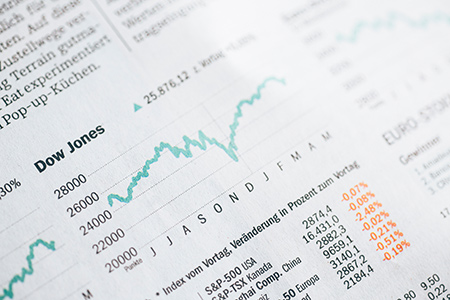 Market participants in the money markets are aware that credit rating agencies (CRAs) provide frequently independent credit rating evaluations, i.e., a measure of long-term fundamental credit strength of issuers based on both public and private information, which issuers agree to share with CRAs.

For many years, the information content of CRAs has drawn a lot of attention and examination from a number of entities, such as academics, financial economists, legal and regulatory experts.

A common acceptance of that scrutiny from the existing literature is that CRAs influence capital markets improving their function because the fundamental rationale of CRAs is to capture a corporation’s level of default risk as well as the anticipated repayment in case of default.

In addition, because the rating process examines the fundamental long-term credit strength of issuers, the aim of CRAs is to provide information economies of scale and solve principal-agent problems.

As a result, credit ratings of firms play an important role in the capital market by not only providing the investors with a direct and easy way to assess risk, but also setting up a regulatory certification of classification of securities from investment grade (IG) to high yield (HY) or junk status.

The latter classification will affect the demand for corporate bond by insurance companies, institutions and banks because all of them are subject not only to rating-based restrictions but also to the amount of risky debt that is permitted to hold on their portfolios.

These restrictions not only guarantee the proper functioning of the financial system, but also they are a useful tool for measuring and limiting risk-taking activities. More importantly, credit rating downgrades may trigger bond defaults or forced bond re-purchases.

Finally, the change of credit rating levels may affect the relationship between customers and employees and a company’s operation capabilities, such as maintaining a long-term contract. Given that, a change toward any direction to the existing credit ratings from at least one CRA may significantly affect the cash holding behavior of the company into consideration by altering respectively its existing access to the external source of financing and the cost of borrowing.

Surprisingly, even though credit rating is a highly concentrated industry with the “big three” credit rating agencies (Moody’s, Standard & Poor’s and Fitch) controling about 95% of the rating business, it is very remarkably the fact that in literature in most cases only the ratings of Standard & Poor’s (S&P) are considered when the relationship between credit ratings and firm value, stockholders’ and investor’s reactions, as well as capital structure decisions, are examined.

This approach might lead to misleading results since most of the firms always solicit and pay for multiple ratings due to the “information production”, the “rating shopping” and the “regulatory certification hypotheses” as has been proposed in the literature.

Although there are some similarities among the “big three” CRAs since their ratings employ a through-the-cycle perspective, and they also exhibit a discretion in their rating philosophy without reporting their rating methodology to the public, they rate the creditworthiness of an issue or issuer differently, relying on different kinds of information and disclosing different signals to the market.

It is essential to study the influence of cross credit rating changes on cash holding behavior of firms because cash reserves is an important source of finance and the guarantee of a firm’s normal operation and development.

In addition, our research extends the literature that examines the peculiarities and the need of a viable rating industry in the US market by improving the understanding of how the solicit of multiple credit ratings affects the level of cash holdings.

ii) There is an asymmetric effect of upgrades and downgrades to the level of cash holdings.

iii) Crucially, the asymmetric effect of credit rating changes is sensitive to how many and which CRAs change their ratings, affecting managers’ risk aversion behavior and precautionary motives.

iv) The effect of cross credit rating changes is more prominent in firms under high financial pressure, indicating the important role of financial flexibility and access to capital markets.

The importance of the above findings is even more pronounced if we consider the findings of the recent literature that illustrate the limited additional information provided by Fitch ratings relative to the other two CRAs (Moody’s and S&P) since Fitch systematically gives better ratings helping in the satisfaction of the financial regulatory requirements.

The findings of our study provide a strong recommendation towards the introduction of additional diversified credit ratings that measure firms’ creditworthiness differently from the existing CRAs.

The introduction of such CRAs will improve the quality of credit information and also increase the diversification benefits from cross credit ratings.

This Blog post was written by Dr Panagiotis Asimakopoulos, Lecturer in Finance and member of the Accounting and Finance discipline group. He can be reached on p.asimakopoulos@lboro.ac.uk

This post is extracted from a working paper entitled “A tale of two tails: Cross credit ratings and cash holdings”. The full version of the paper can be reached on https://papers.ssrn.com/sol3/papers.cfm?abstract_id=3291498. The paper is co-authored by Dr Stylianos Asimakopoulos.