What is being done to promote Britain’s exporters – and what should be done? 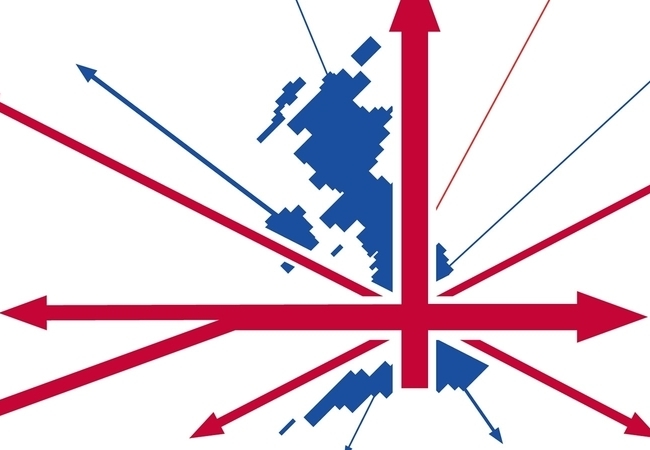 After Brexit, supporting Britain’s exporters has become more important. Britain’s share of global exports has been sliding for many years, and we lag behind our main competitors, particularly in goods exports. Faced with barriers to Europe, we may need to find new export markets.

Britain, like most countries, has a network of commercial diplomats linked to embassies and consulates. Since the referendum, these functions have been moved from the old UK Trade and Investment (UKTI) agency to the new Department for International Trade (DIT). Considerable new expert resources have been poured into trying to improve the efficacy of export and investment promotion: sharing expertise, contacts and local know-how between exporting firms. This is potentially of most use to the 99% of the businesses in the UK which are SMEs.

Spending works – but can be made to work better

The existing research literature indicates that spending on commercial diplomacy does indeed lead to increased export participation. However, previous work by the Dr. Elena Georgiadou (focusing on  Greece – another country with a big challenge of increasing export participation) shows that there are possibilities of both organisational and methodological innovation, while research from research from academic colleagues in marketing at Loughborough University indicate that firms have perhaps been underwhelmed by the support available in the past, and it is not clear that the current ‘Exporting Is Great’ campaign is yet hitting the right notes.

How things are changing on the ground

Shan Rambukwella, from the University of Derby, working with us, met with two very helpful senior DIT officials, based in Colombo (CMB), Sri Lanka. Being based with the embassy helps DIT CMB to work closely with Sri Lankan officials/government and opens many doors which are not possible with even very high financial capabilities.

There are also strong links between the missions in both countries which helps the DIT CMB to influence both Sri Lankan Government officials and UK bodies such as the British Council.

British companies often approach the DIT in Colombo directly, but also through UK bodies or referrals from DIT posts in other countries. Initial vetting helps to identify genuine clients, protecting the mission’s reputation. After this, the diplomats can offer a flexible range of services, from a tailor-made assessment and advice (chargeable), to commercial events, where potential exporters can meet prospective local partners: e.g., during the visits of UK sporting teams to Sri Lanka.

The DIT has ties with local trade associations, as well as the UK trading council. The SL UK Society, which includes both British and Sri Lankan citizens, has allowed DIT to identify potential opportunities for future business. While this was started as a social network, it now doubles up as a business network too.

Following reorganisation, DIT now divides its operations into nine regions. Sri Lanka is covered by the ‘India Network’, with India and Bangladesh. New Delhi operates as the head office for this.

Research is needed to justify funding

Back in the UK, industry (such as the CBI) is very keen on the DIT developing its export promotion effort. However, given the many calls upon budgets, this a strong case needs to be made that resources are being well directed, and that information on best practice is being adopted across the export promotion agencies.

At Loughborough University, we (and our academic partners) see this as an area where academic expertise can help.

Our TRANSIT research interest group is keen to work with civil servants and industry to review the effectiveness of spending, so that efforts have real additionality – leading to changes in company export behaviour – rather than simply supporting existing larger exporters.

In addition, we hope to be able to review the structures (for example, the complications of lines of communication where DIT employees are housed in Foreign Office establishments), and the use of consultants and other sources, who may be able to bring experiences from other countries’ export promotion activities.

Last spring, we helped organise a roundtable forum with representatives of the DIT, industry and academics, including specialists in the field.

We see this as an important area where the School of Business and Economics can contribute to the future export success of UK firms.

To get involved with our research efforts with TRANSIT or to find out more please contact Dr Huw Edwards.

Dr Huw Edwards is a Senior Lecturer in Economics and can be reached on T.H.Edwards@lboro.ac.uk.

Tien-Der Jerry Han is University Teacher in Economics at Loughborough University and a member of the SBE Economics Discipline Group.