Thursday 2nd February 2017 marked the day of the worldwide #TimeToTalk campaign which was dedicated to recognising the power of conversation in tackling mental health conditions. Mental health continues to be an issue we shy away from discussing. #TimeToTalk was designed to get people talking about it and the vast support networks available that people may not know about, to aid and support recovery.

I’ve chosen to write this blog as it was around this time last year that I was given an official diagnosis of Generalised Anxiety Disorder and Severe Depression. To anyone who knows my cheerful, bubbly persona, my condition is surprising. In fact, shortly after my diagnosis one of my close friends did say to me ‘but you’re the last person in the world I’d think of having depression’. I think that encompasses mental health – you can see if a leg is broken, but what about what the eye can’t see?

First of all, I must say that there is nothing to be ashamed about suffering from anxiety and depression. Yet I know personally this is hard to justify to yourself in the midst of a panic attack at 3am with nobody there to calm you down. Above anything else, the illness made me scared and angry. Angry that I’d struggled through high school with the incentive of ‘the time of your life’ at university and now my mind seemed to be stopping this. Scared that I was in this new environment where everyone else seemed to fit in, whereas I’d not yet found my crowd. I couldn’t see a way out. 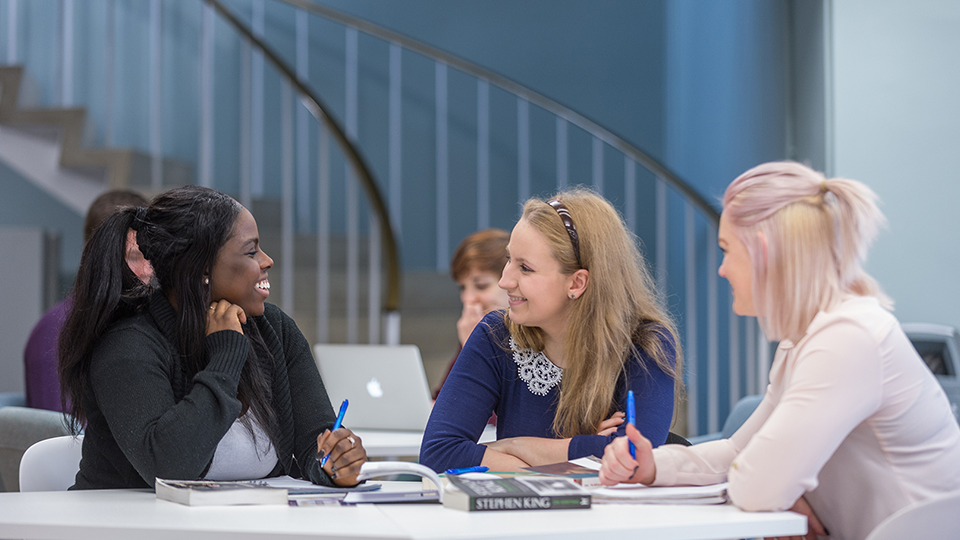 Although accountable for bringing my illness to the forefront, Loughborough University has also been fundamental in my recovery with a vast network of support systems. I somehow began to feel immediately better after talking to a doctor at the University Medical Centre. Something that was both comforting yet also frightening was that he told me over 25% of the cases he’d seen this year were relating to cases similar to mine.

Coming away to university is obviously a stressful time as it’s the first time most of us have lived away from home and there are underlying worries about the standard of academic work, making friends, financial worries and starting to build your life away from your family. A mental health condition can make these worries seem much more predominant and vastly impact on your day to day life.

As well as the University Medical Centre, there is also the Bridgeman Building in the centre of campus which offers counselling, money advice, dyslexia support and many other services. Through this facility I was able to have access to a counsellor who talked me through my daily worries and helped to put in a structure to reduce them. After a short assessment, I was able to apply for CDS (Counselling and Disability Service) extensions on my academic work which meant I was granted an extra three days on a previous deadline due to a sudden worsening of the illness.

In certain cases where you believe that a health issue has stopped you from completing an assignment or essay to the best of your ability, it may be possible to investigate a claim of Impaired Performance by enquiring with the Student Voice Office, situated towards the rear of the students union.

Loughborough Students Union also plays a role of paramount importance to the promotion and support of mental health conditions. The Welfare and Diversity department comprises a variety of different campaigns and also runs events during the run up to the exam period. Keep Calm week features stress relieving activities to help you relax around revision such as dog walking with Action, puppy petting and free Yoga classes. There are also tips and guidelines published all around campus to advise you how not to burn out with your revision and to stay physically and mentally healthy.

The week of the 30th – 4th February was Health and Wellbeing Week at the union where events such as an aptly named ‘WELL-FAYRE’ event with relaxation corners, a ‘smoothie-bike’ and free beginners running sessions in the evening led by the My Lifestyle team. There was also UV Fest on the Saturday evening which included UV Dodgeball, ‘Glow-ga’ and a UV Zumba class which, as you can see, I was thrilled to take part in!

Alongside these weeks, there are more frequent campaigns centred on mental health. One of these is ‘Heads Up’ which is our student-led mental health association who give support and raise awareness around campus of positive mental health.

Another of these is Nightline which is a confidential student-run phone line which you can ring between 8pm and 8am on Mondays, Wednesdays and Fridays during term time. It offers free anonymous advice and a friendly ear to listen to your problems. I wish I had known about this service during periods of last year when all I needed was someone to listen and not judge what I was going through.

My condition does reappear from time to time; unfortunately it is most prominent in times of high stress such as around deadlines. I’ve had to combat this by becoming extremely organised and rationalising thoughts by separating genuine worries. Above anything else, I wish I could reach out to the young girl curled up in the corner of her bedroom, too frightened to open the curtains and face another day of fatigue. If you only knew how much you’d achieve in the next twelve months and how many experiences you’d have with the most wonderful group of friends, then just maybe you could start to find the strength from somewhere. Take it from someone who knows.