As I’m writing this blog, I’ve just realised that my final ever half-term holiday as a student is over and I’m becoming more and more nostalgic every time I write!

In all honesty, the Easter “holiday” didn’t really feel like a holiday because the four weeks just consisted of work, work and more work am I’m pretty sure that’s the same for everyone in final year!

I did give myself two weekends off though. On the first weekend, I visited my baby niece, Heba.  It’s fascinatingly scary how much she has grown within such a short amount of time. I’ve never really had a baby around me constantly, so it’s really nice to be surrounded by such a beautiful and cheeky bundle of joy. 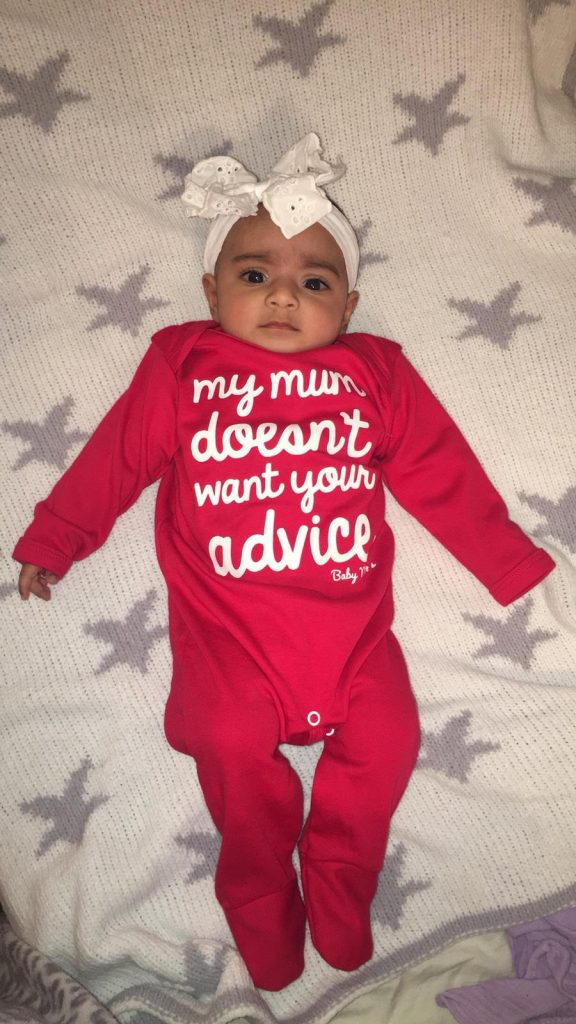 Then the next weekend, I went up to Bicester Village to meet my flatmate from Australia, Jess, who was also on exchange there. It was amazing to be reunited after eight, long months! Again, I never would have met such great people without Loughborough giving me that opportunity to go abroad! These little breaks were a great distraction from the total of 15,000 words that I have to get done, by the end of May! 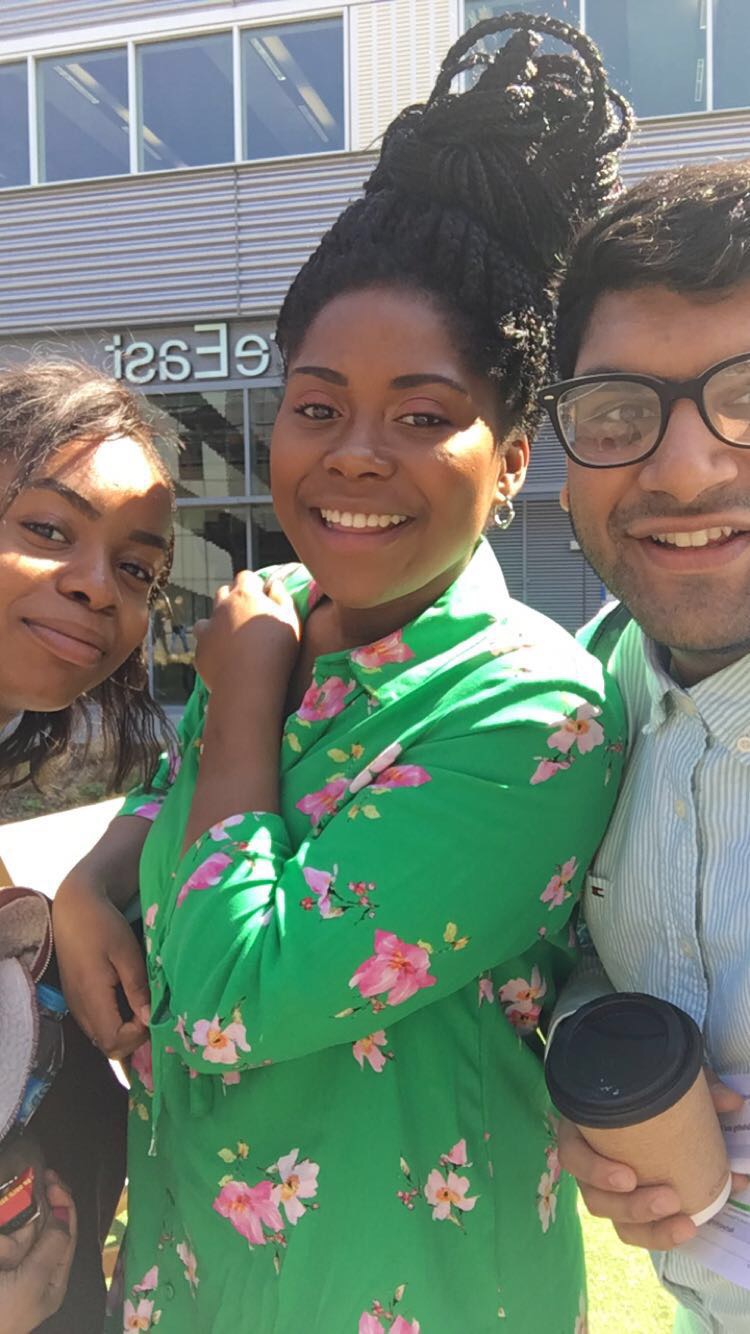 Now that I’m getting closer and closer to finishing uni, everyone seems to be asking me what my plans are after. The truth, I’m not too sure! And that’s the case for a lot of my friends too, which makes it so much more reassuring! It’s hard finding a balance between doing uni work as well as applying for grad jobs (that take FOREVER to complete, if you didn’t already know) – that’s where time management comes in though. But if you’re anything like me, you might want to get uni out of the way and worry about finding your next steps at a later stage.

Generally speaking, I feel like finalists are often pressured into securing a job to start right after graduating. I felt that too, to start off with. Then I realised that I don’t work like that. I’m someone who prefers focusing on things I want to do now, in the present. So right now, I want to put all the energy I have into my uni work. That way, I will have done all I can to achieve the best possible outcome from my degree. Don’t get me wrong, that doesn’t mean I leave things to the last minute. It just means that I don’t see the point worrying about something that doesn’t affect me straight away. For example, I know I’m going to be working for the rest of my life after uni anyway, so I rather make the most of my time here at Loughborough and concentrate on jobs once I finish. 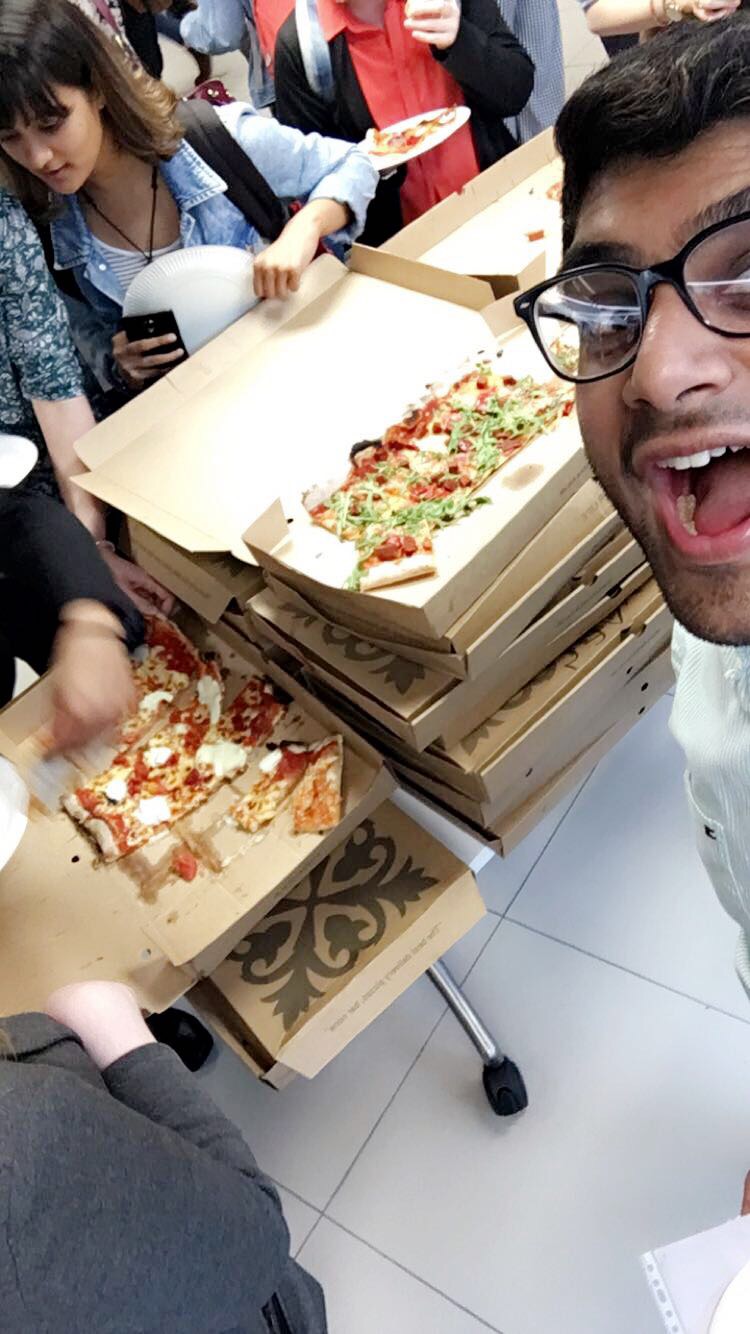 Saying that, I’ll definitely still research the types of work I want to get into and the routes I need to take to get there. Recently, I went to the Creative, Marketing and Media Industries Event at our Loughborough London Campus, arranged by our amazing Careers Network (and there was LOADS of pizza, vegan, veggie AND meat- so inclusive)! It gave me a huge insight into the steps I’ll need to take to get into the Media industry, but I’ll go back to all that info once I get uni work out of the way. Everyone works differently, although there’s definitely logic to my way of working, I promise! 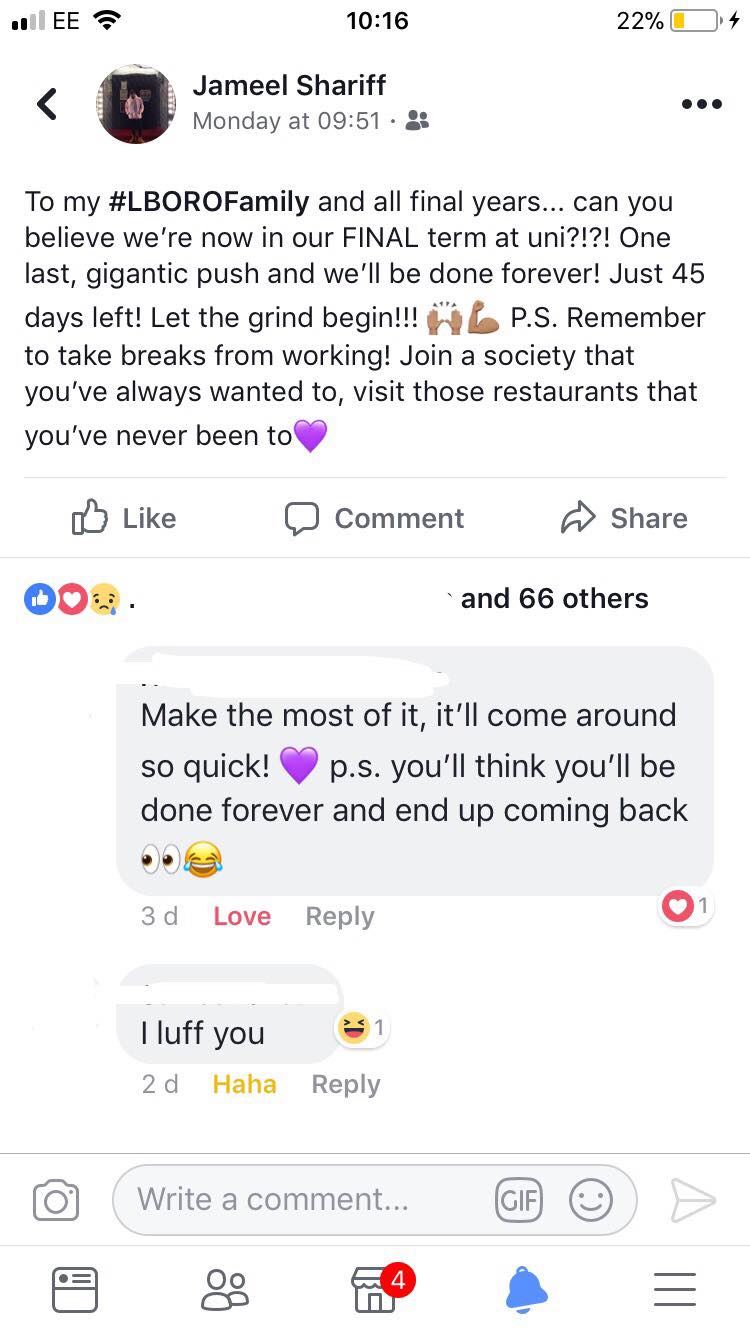