How time flies; welcome to my last Loughborough Blog! 😥 Read on to find about some of the things I’ve been up to in my post-graduation summer, including satellites in my coffee, telescopes in Lithuania, churches in Stockholm and my final shift as an Ambassador…

Firstly, I though I’d share some memories of my post-final-exam high; walking out in to gorgeous summer sun with huge smiles, high fives and fist pumps from everyone leaving the exam. 5 years of studying, finally over! 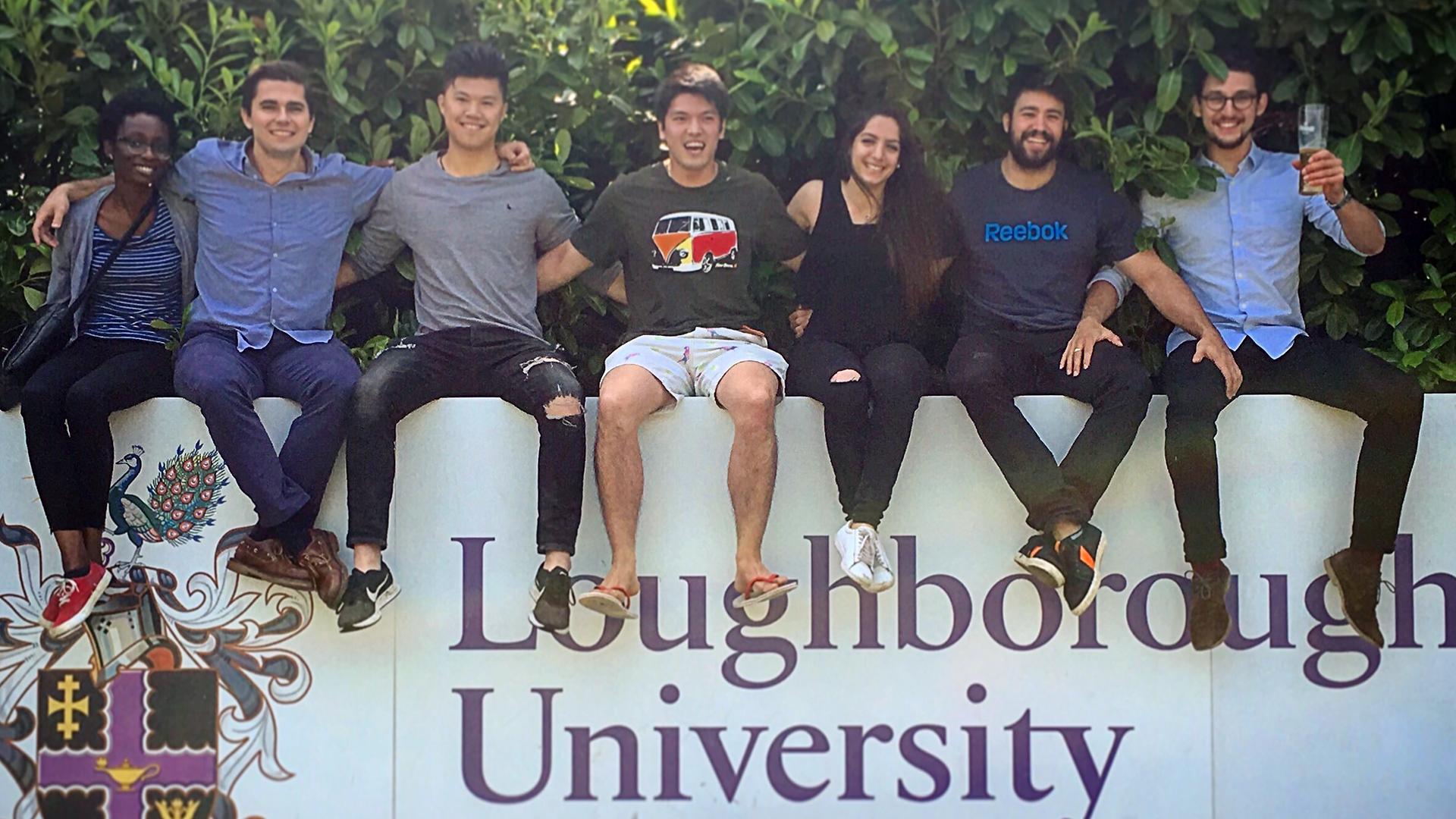 Fast forward a month and I was preparing to jet off to Lithuania for a summer school with the European Space Agency, Europlanet, and the Molėtai Astronomical Observatory! A group of about 20 members were flown in from all over Europe to learn about ground-based observations of space, and science communication. 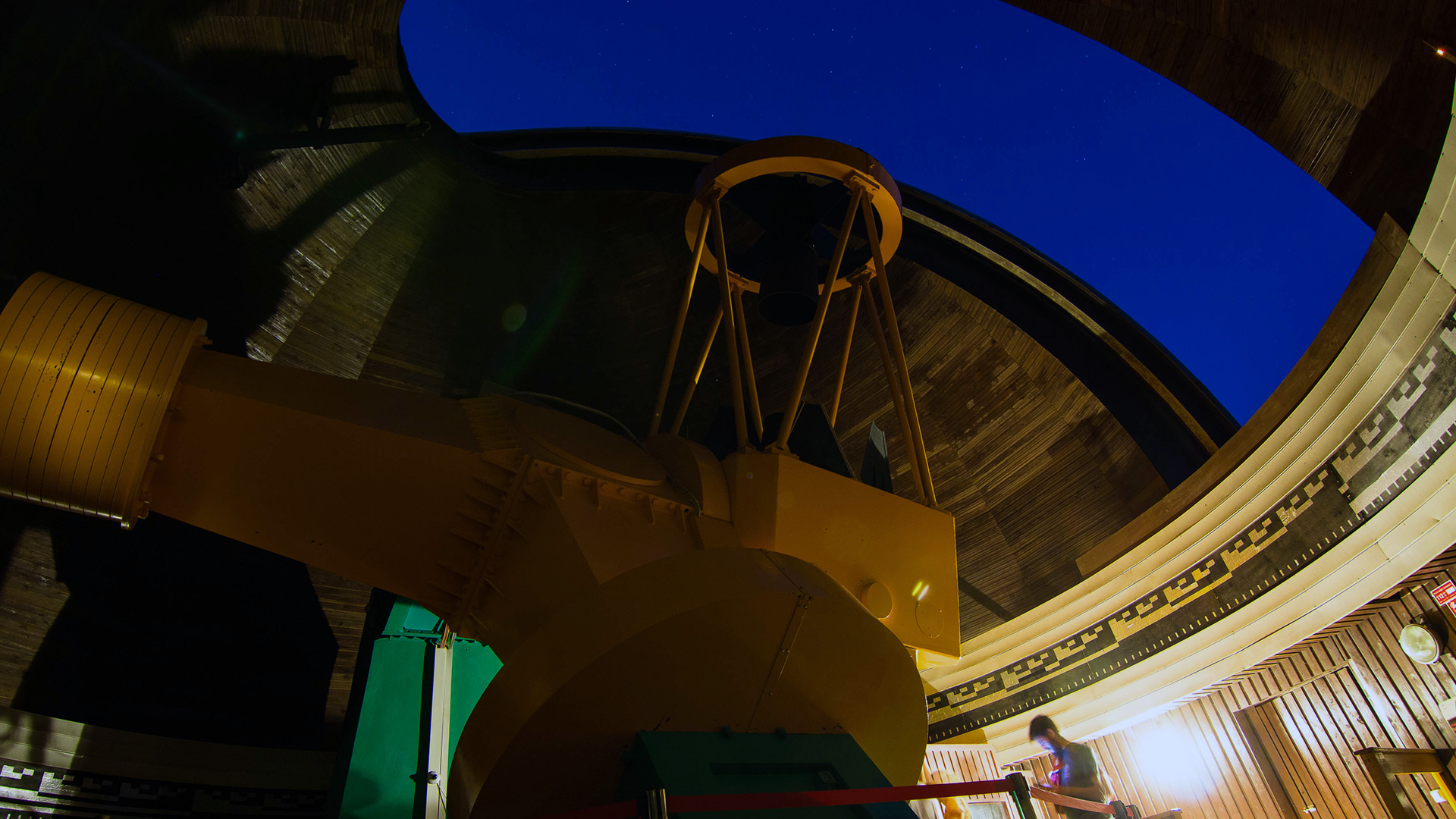 As part of this, I got to hook my laptop up to control the (huge) 1.65m Ritchey–Chrétien telescope! On this telescope, we were taking high-resolution spectral emission data of stars which are known to have an exoplanet around them.

This will then be compared with the spectral signature from the star during an exoplanet transit (i.e. detecting light passing through the atmosphere of the exoplanet) in the future (once the James Webb space telescope is launched).

This process will hopefully allow scientists to identify the presence of water in the atmospheres of these planets, or perhaps even complex chemistry that may indicate life beyond our solar system… 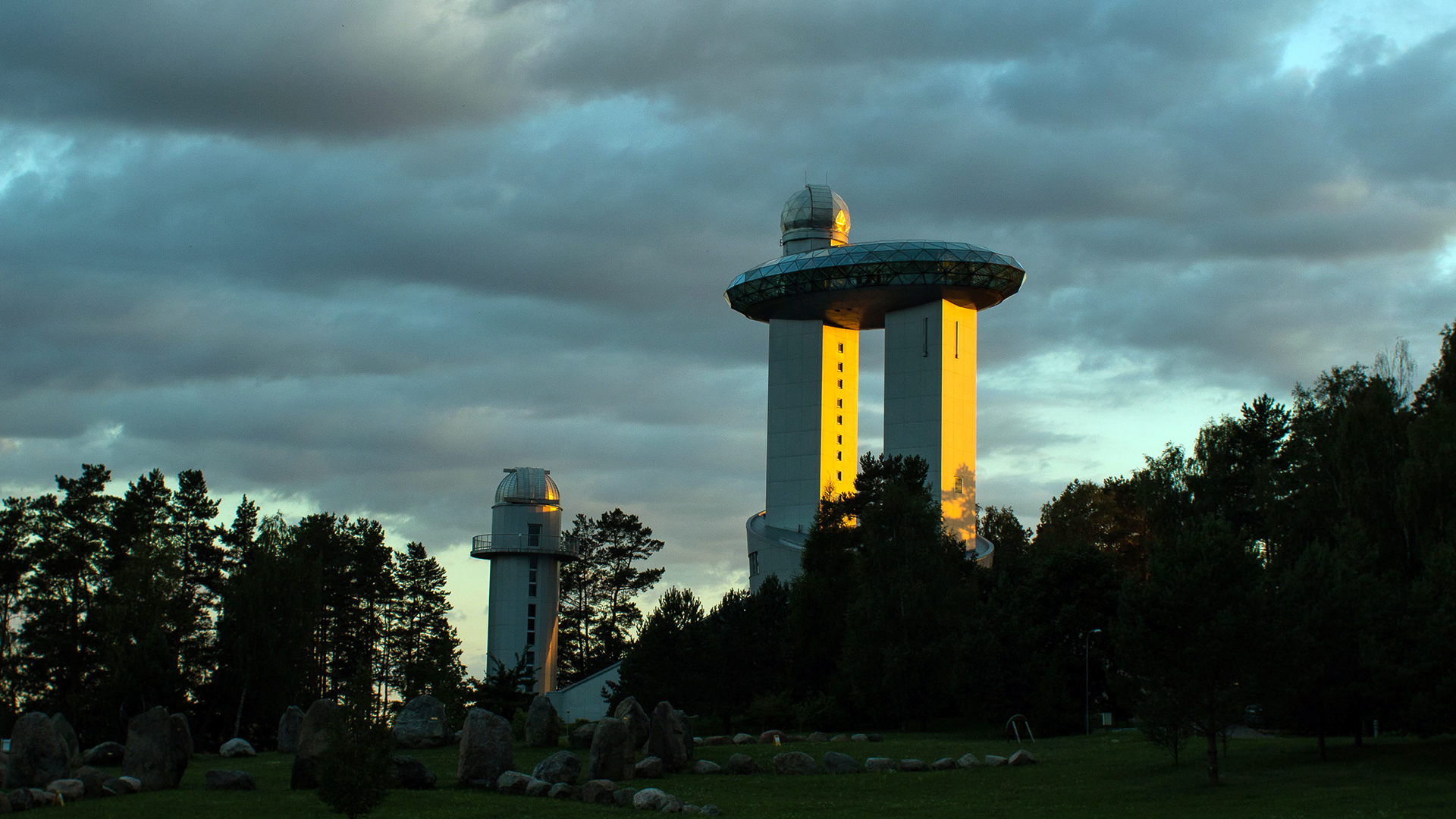 The observations were taken from 11pm to 4am every night for 10 days, and on some days we used another (Maksutov, 0.5m) telescope to take optical observations of exoplanet transits of stars, binary star systems and detect stellar earthquakes in white dwarf stars.

We also had some downtime, which allowed me the chance to finally try out some light painting and astrophotography, and I must say I’m pretty happy with the results (see blog cover photo)!

We also got the chance to visit the capital of Lithuania; Vilnius. Below is us posing in front of the Lithuanian Parliament… 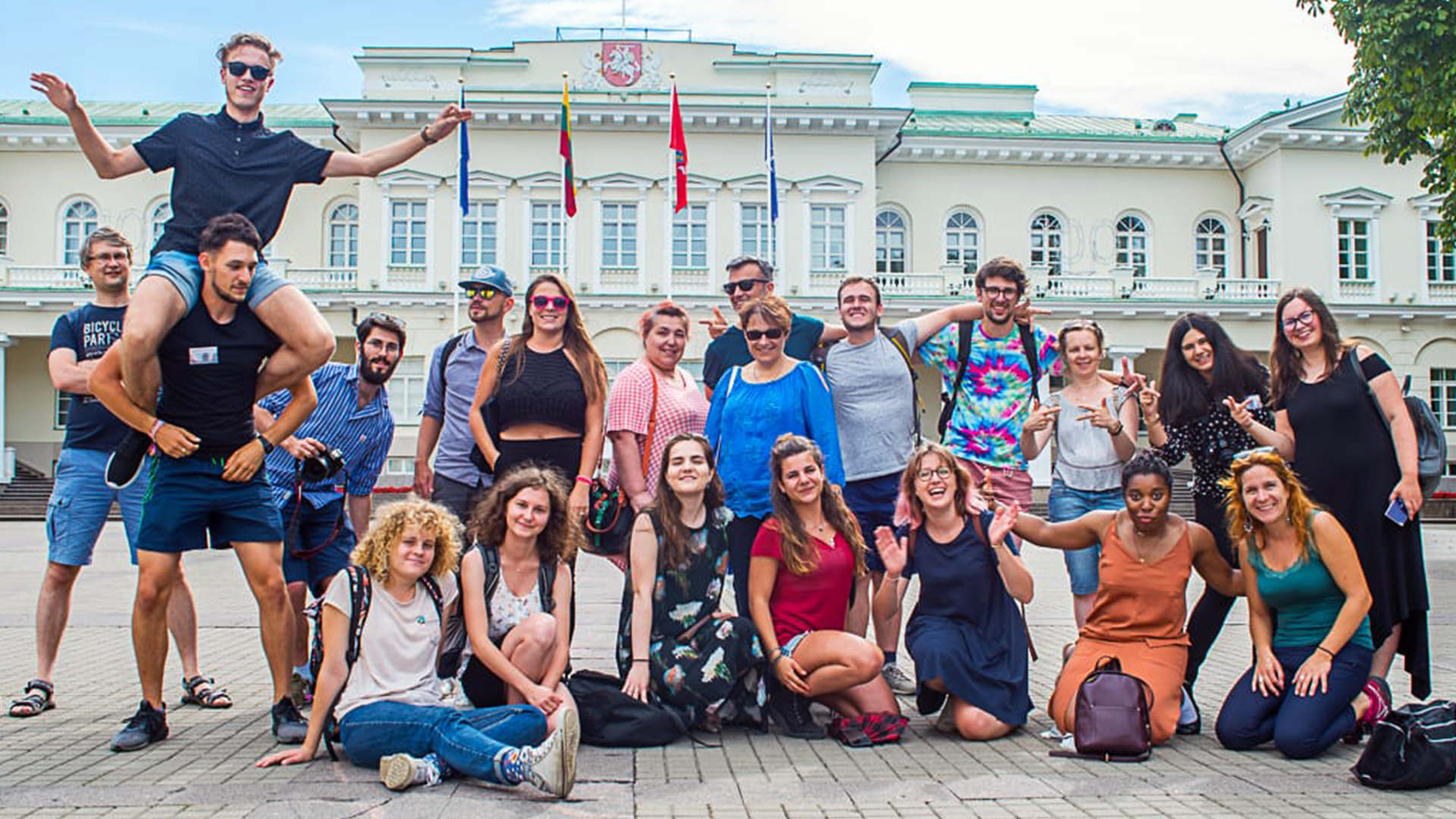 We also got to take a detour to the internationally recognised Geographical Centre of Europe…(!) 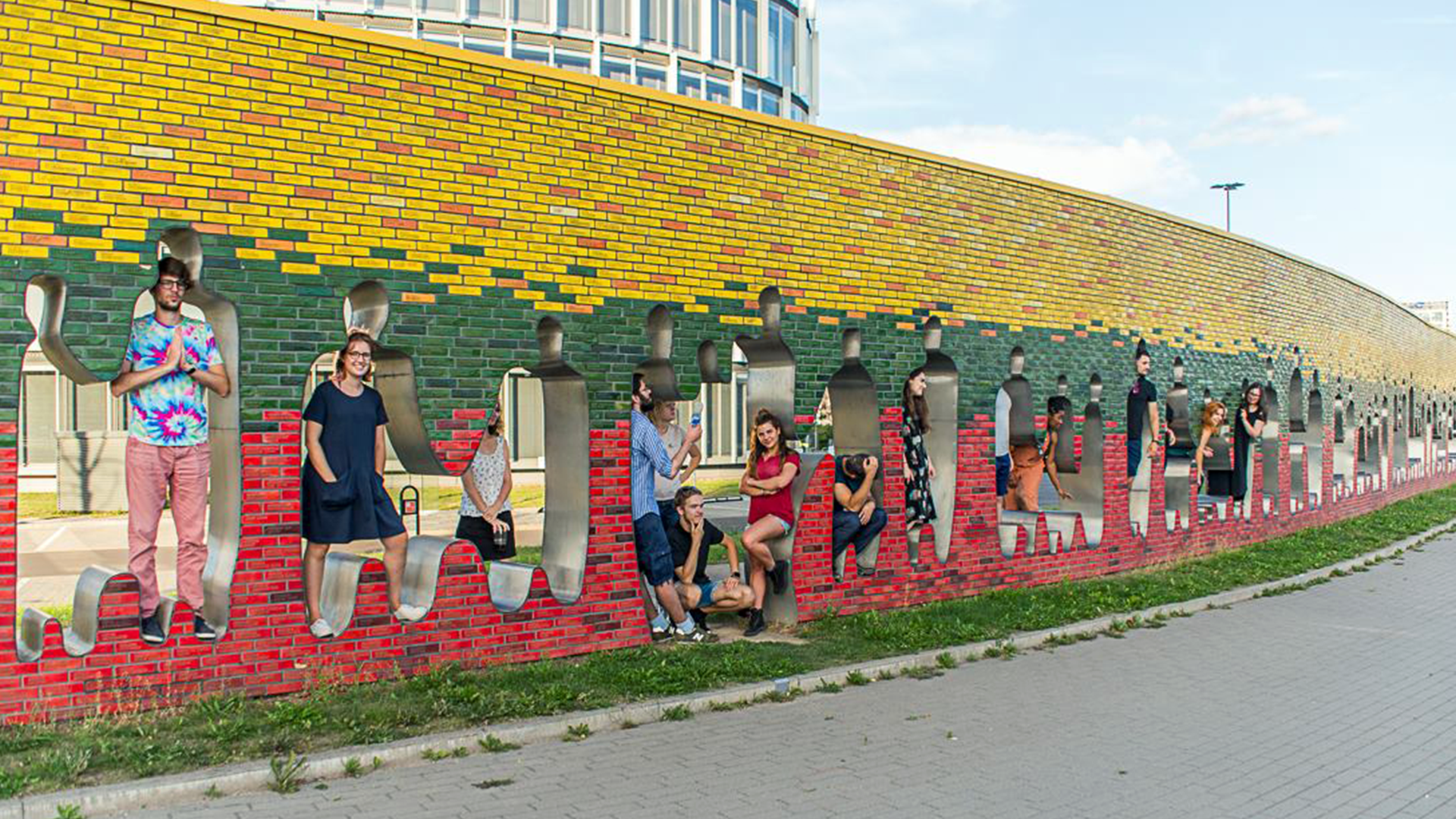 It was an awesome scheme, and if you’re interested in applying, you can do so here for 2019.

Following that, I was lucky enough to take a detour on the way home and fly to Sweden, where one of the old committee members from Loughborough Space had gone to start a Masters’ course. That’s one of the things I love about university; you meet some awesome people from all over the world, and some of them might even invite you to cool places for a visit!

A quick tour of Stockholm, some incredible churches and 48 hours later, I was on another flight back to the UK… 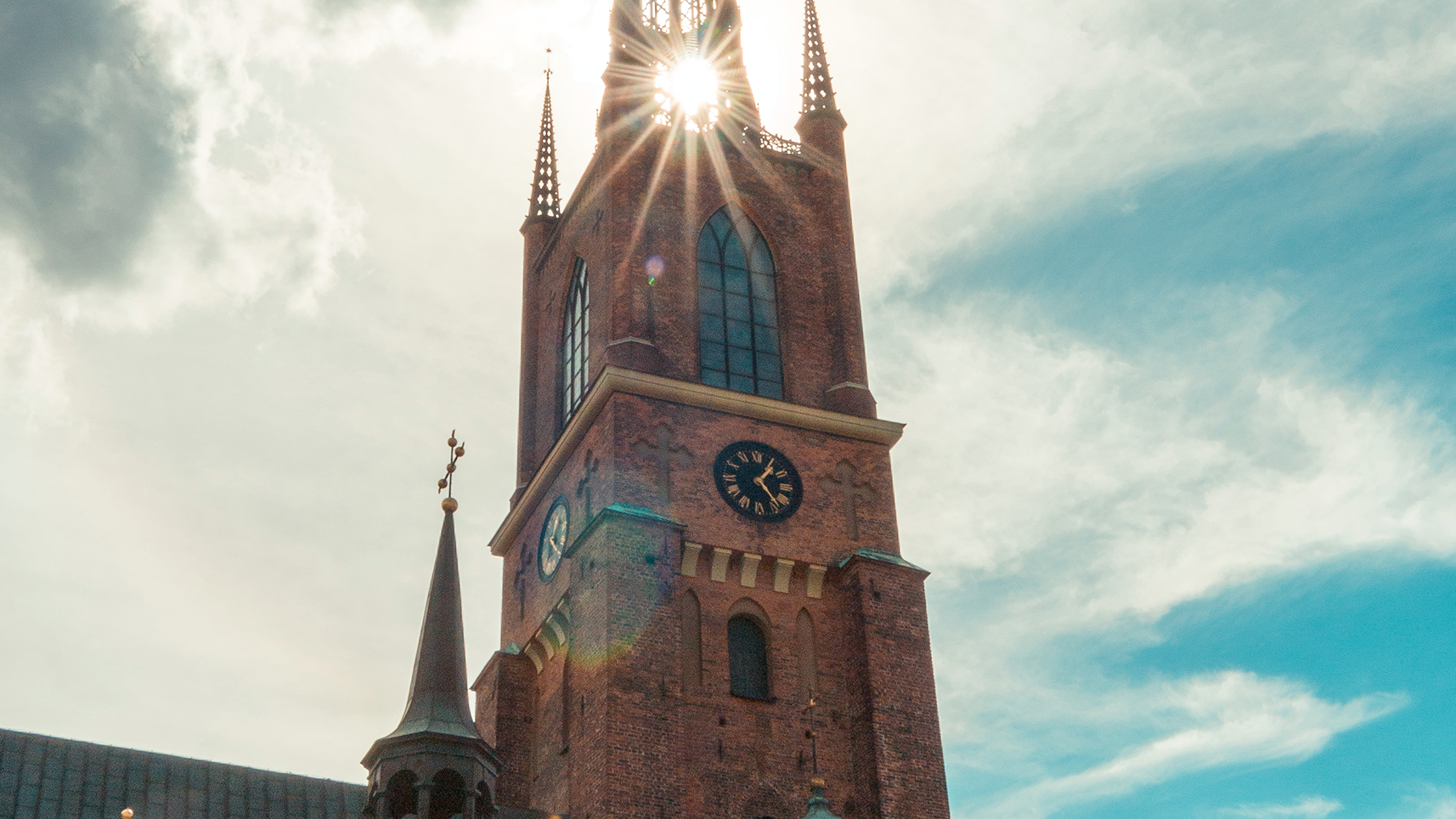 About 24 hours later, I started a summer placement working for a company in the Harwell Space Cluster, in Oxfordshire. I know how to plan relaxing summers(!).

The internship, at a company called Geocento, involved creating a neural network for the company to classify clouds in satellite imagery and was sponsored by the UK Space Agency (see last month’s blog for more information on SPINternships – I had a blast!).

Because there are so many interns on the site, the UK Space Agency hosts regular networking events, including a monthly “Sataccino” coffee afternoon, with drinks that were out of this world…. (I’m sorry). 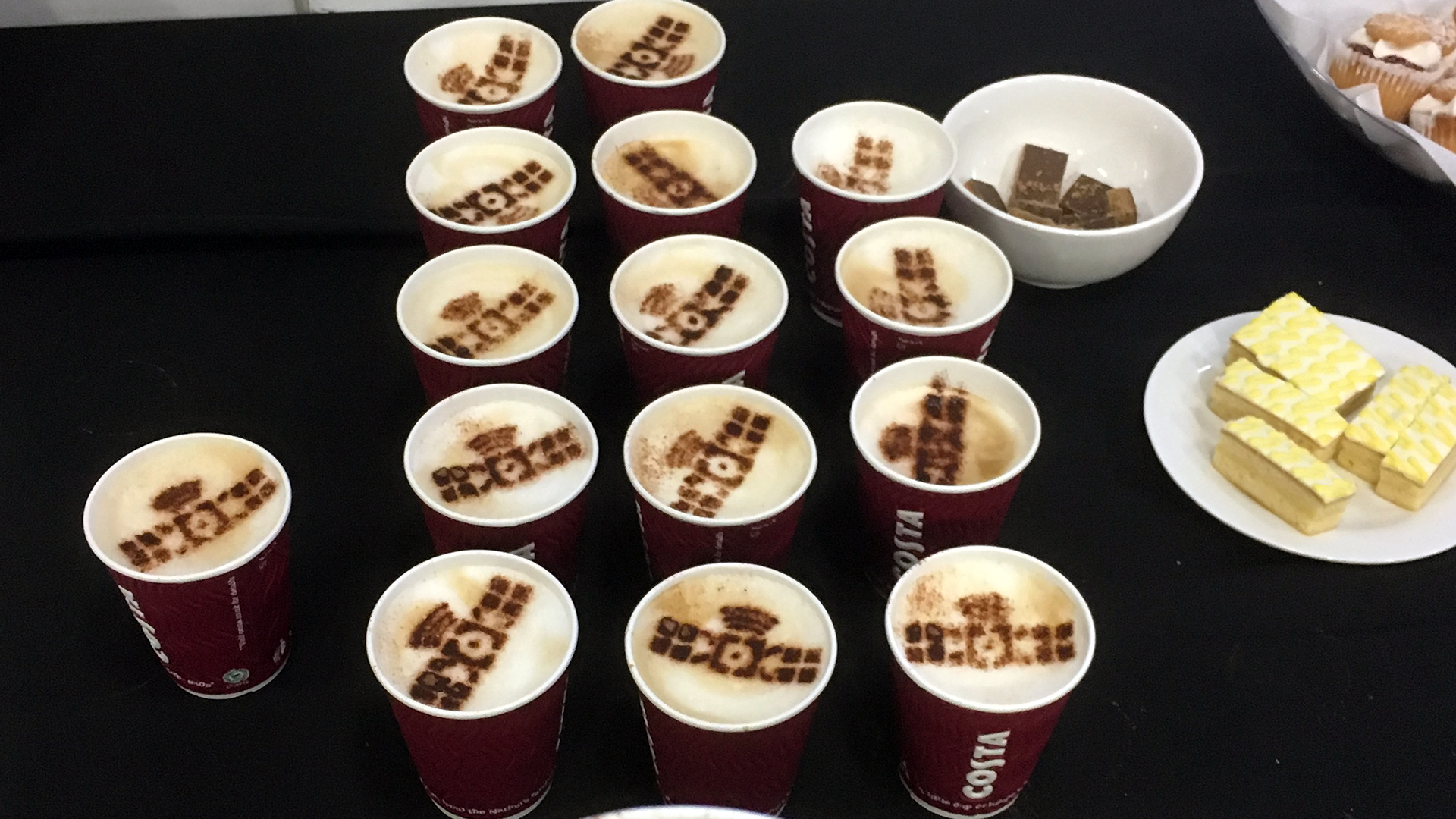 And then, in early September, came my last ever shift as a Loughborough Ambassador; I was part of the social media team covering the 2018 School Games on campus, where some of the most incredible, talented and inspiring young athletes from around the UK come to compete for glory. 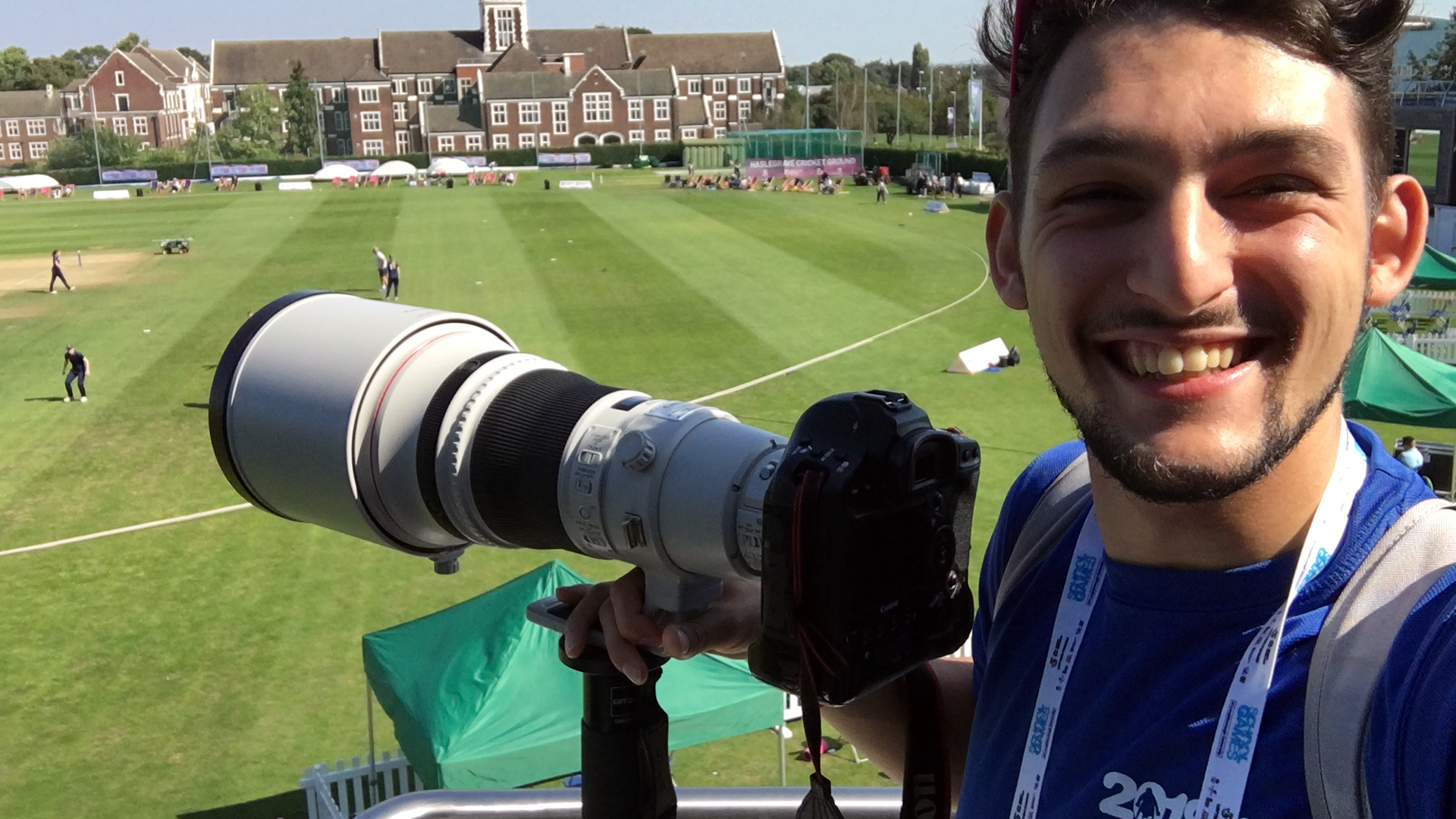 Something like 18 GB Olympic medallists have come through the school games in their early careers, and every year a few GB youth records are broken! It was a fantastic event and I thoroughly enjoyed working in the late summer sun – I even managed to “borrow” one of the Associated Press photographers’ cameras, as well as capture a rainbow on the hockey pitch (aka waterbase)! 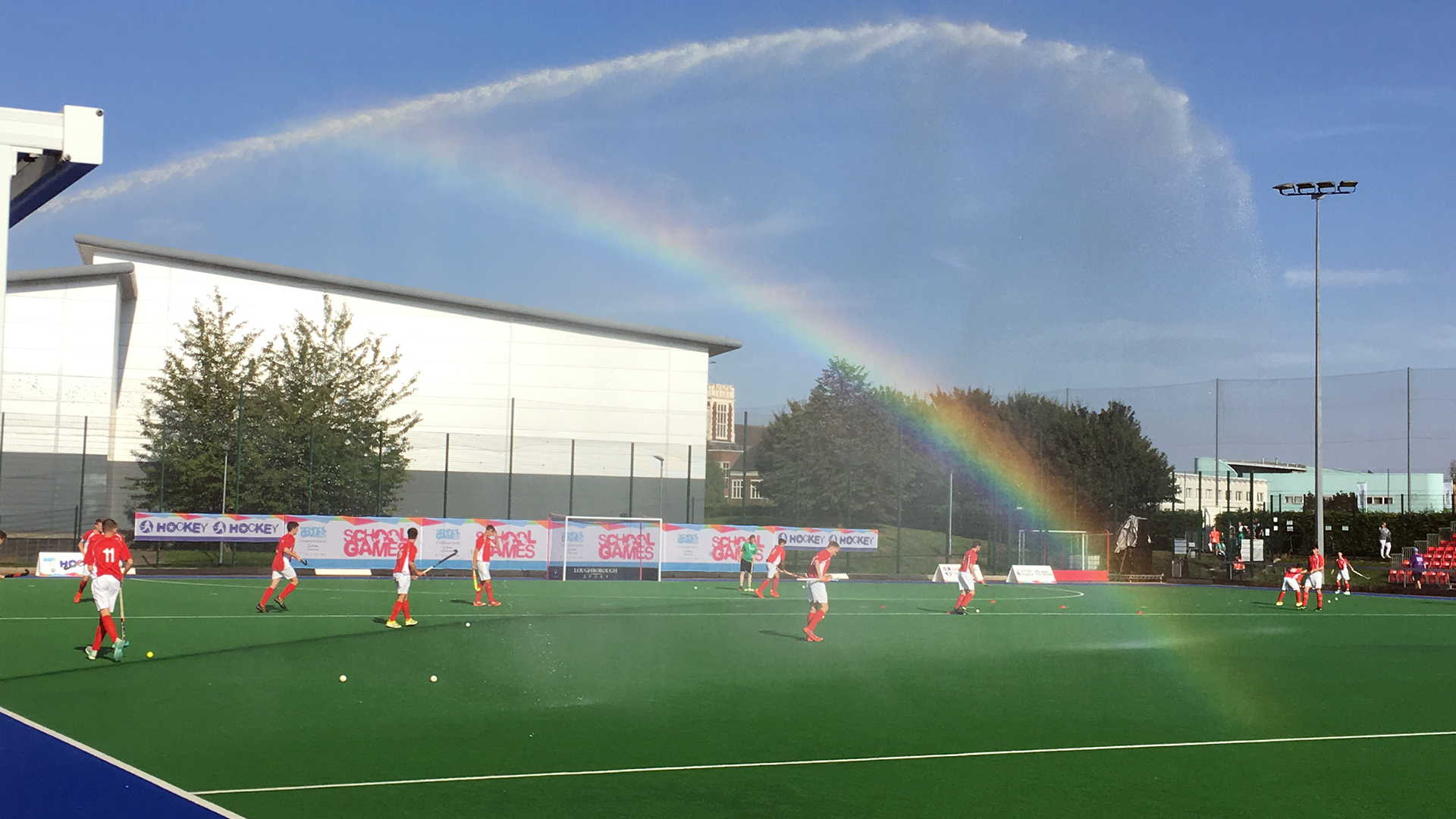 And now, I guess, it’s time to say goodbye.

It’s been a pleasure to be a Loughborough University blogger for the last year and shed some light on student life here. The last 12 months have really flown by, and it’s over all too soon.

Thank you for taking the time to read through my blogs; I hope you enjoyed them! Thanks also to @JessExcell for putting up with me and for running the whole ambassador program (#BestBossEver), and to the digital team for helping format all these blogs.

If you’d like to learn more about becoming an ambassador, or fancy your skills at writing blogs yourself, then keep your eye out for the next intake here. 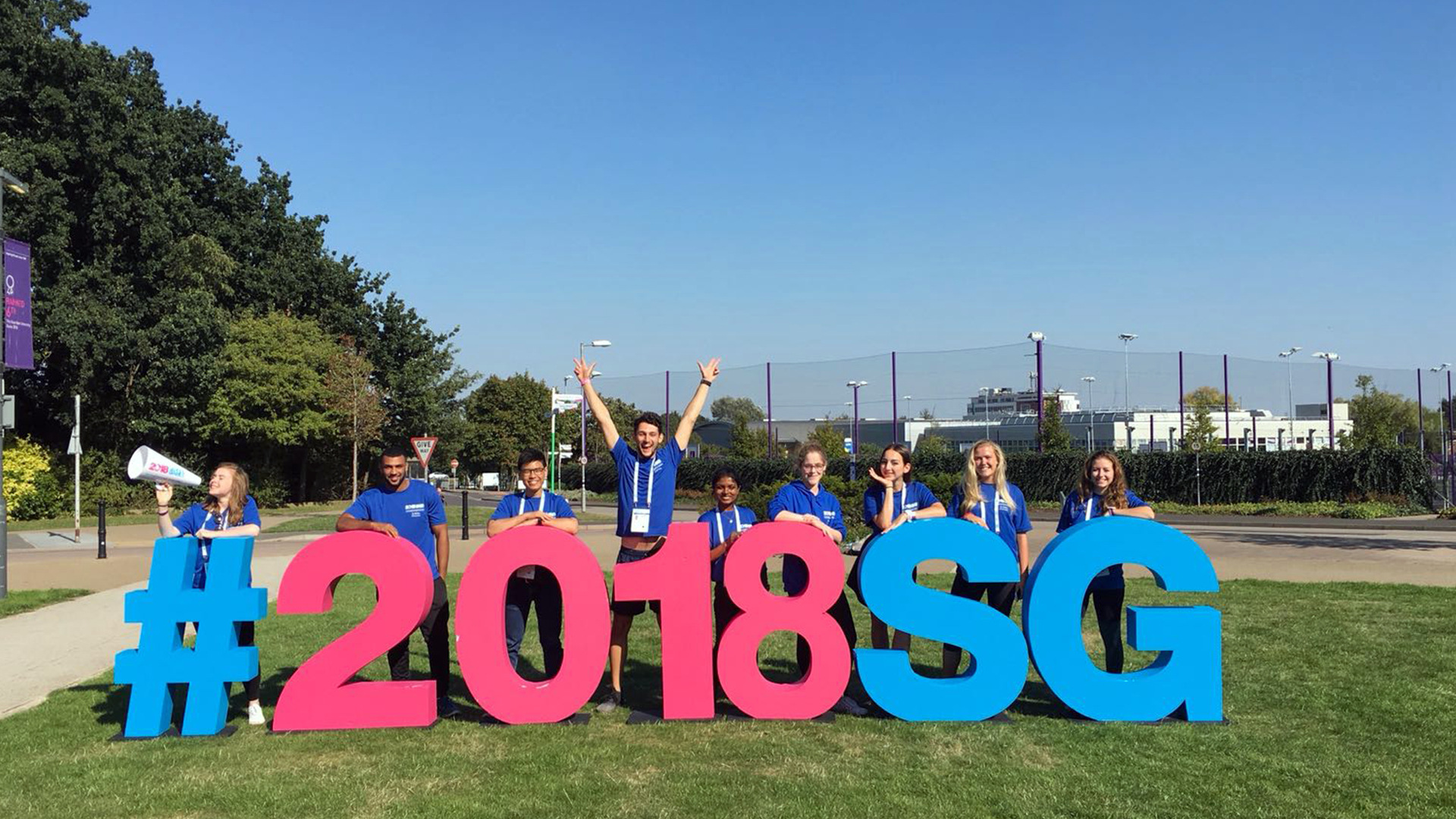 I have spent the best five years of my life at Loughborough, and I wouldn’t change it for the world. Thanks to the endless amount of people; staff, students, friends and lecturers for making it so awesome. For those still at Loughborough, or out there in the big wide world; until next time!

And last, but not least, I would like to wish you all a relaxing winter holiday and a Happy New Year, surrounded by your friends and family. Here’s to 2019! #LboroFamily