Imagine a dream holiday on a tropic island. You have been building up to this for months, you are eventually en route. You expect the boat to pull up alongside the island. The captain to lower the ramp and for you to easily stroll into the dream world.

However, in the middle of the ocean, miles from the island, the boat stops (though still rocking from the waves). The captain turns round and says you are here. You gather what you can, wave good bye to the others and jump into the deep ocean waves. You know the direction you’ve got to head into. The moment you jump in, it hits you. For now you just focus on treading water. Desperately trying to make sense of what is around you, come up with a plan. At the beginning you think about giving up, the odd wave swallows you up, but you push through. At times you think you are going to drown, your brains screams you can’t do this. However with each stroke, you get closer to the island and become a stronger swimmer. You begin to learn the ways of the ocean, how to tackle the waves, though occasionally you get it wrong and a wave gives you a good beating.

Eventually you reach the island.

You are tired, but so relieved to come ashore. So much has happened over such a short period of time. You now have time to make sense of things. You think back to those moments where it was close to becoming too much, but as you look down at your body there is not a single mark and you realise you were wearing a life vest all along. 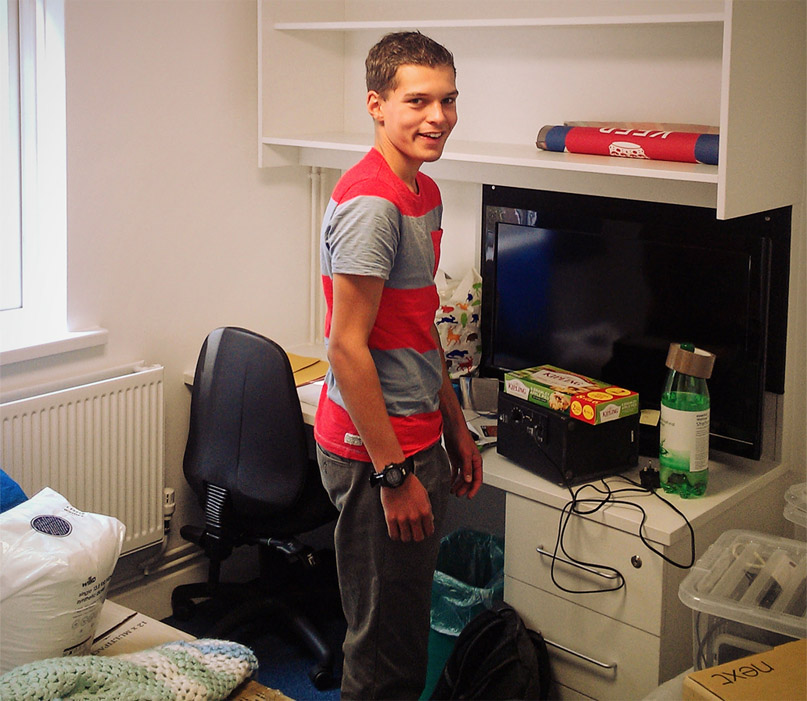 In some respects the whole university is there to help you from staff, to events, to Fresher helpers. But for me my first proper university friend was most significant. A good friend can change most situations. I will never forget the first time I went abseiling at 11 years old. Once my harness was attached, it was clipped onto my best friend and we began climbing over the edge of the bridge. He would the control the descent for both of us. My life was (to an extent) in his hands. But as we scaled off the 100ft high bridge I didn’t feel nervous at all. I had total trust. So when on the second day university I met someone who I quickly became friends with, I began to relax. I realised I was not alone in my feelings and more importantly he reminded me to be myself. While I spoke to hundreds of people over fresher’s, once you’ve got some friends you trust, situations become easier. An awkward situation, becomes funny. Even if they may not end up being your best friend in the long term. 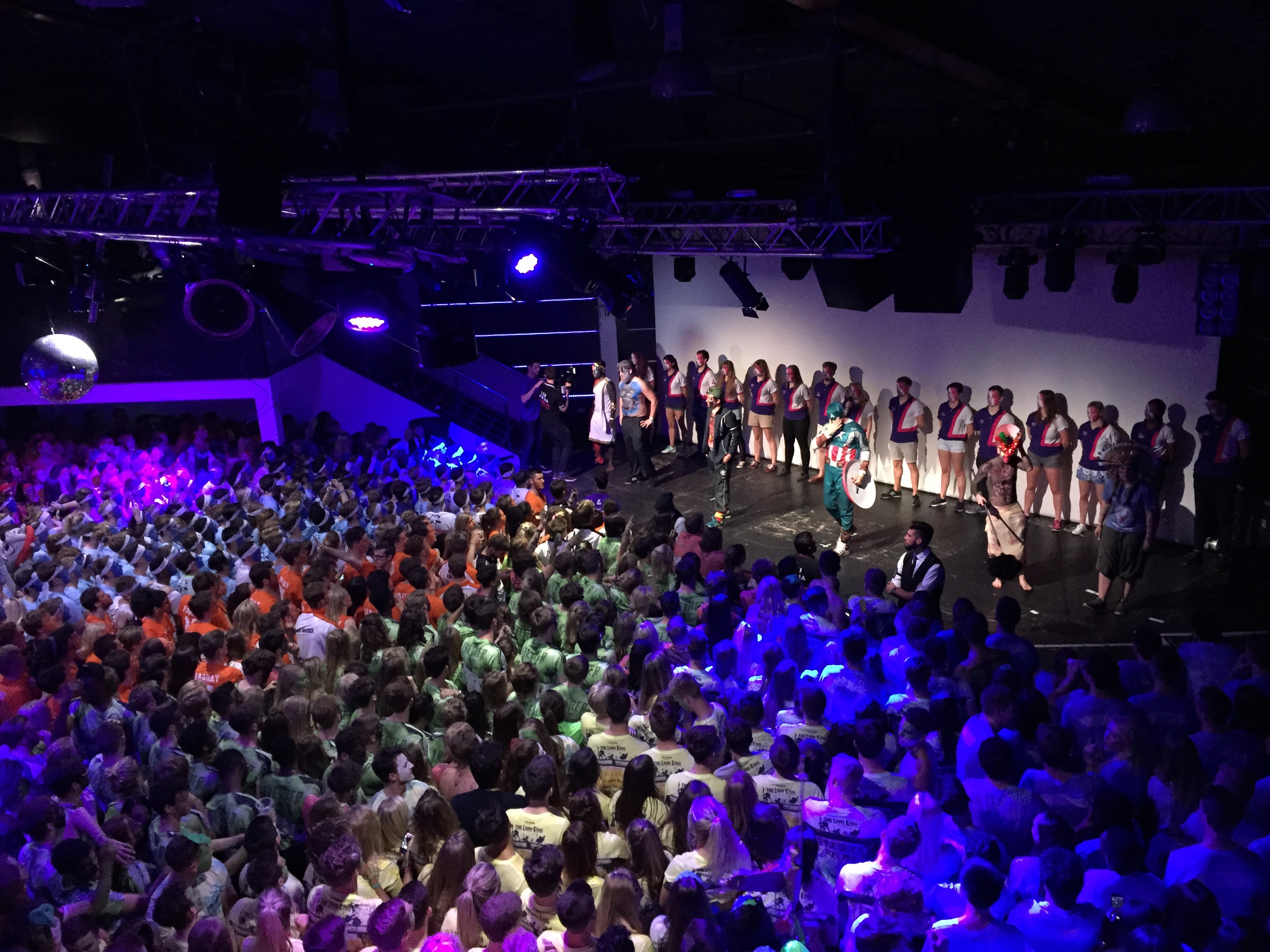 My brother asks me one more question (though there is many years until he goes to university) he asks what piece of advice would you give for the first week of university.

Just don’t give up. When I mention the waves trying to knock you down, they come in all forms from who to sit next to in your first lectures, finding your way round, even the first time in a nightclub. It doesn’t stay the same. So for the first couple of days don’t worry if it is a struggle, just don’t give up and hide away in your room.

Joining clubs and societies is a really good way to settle in and make friends. 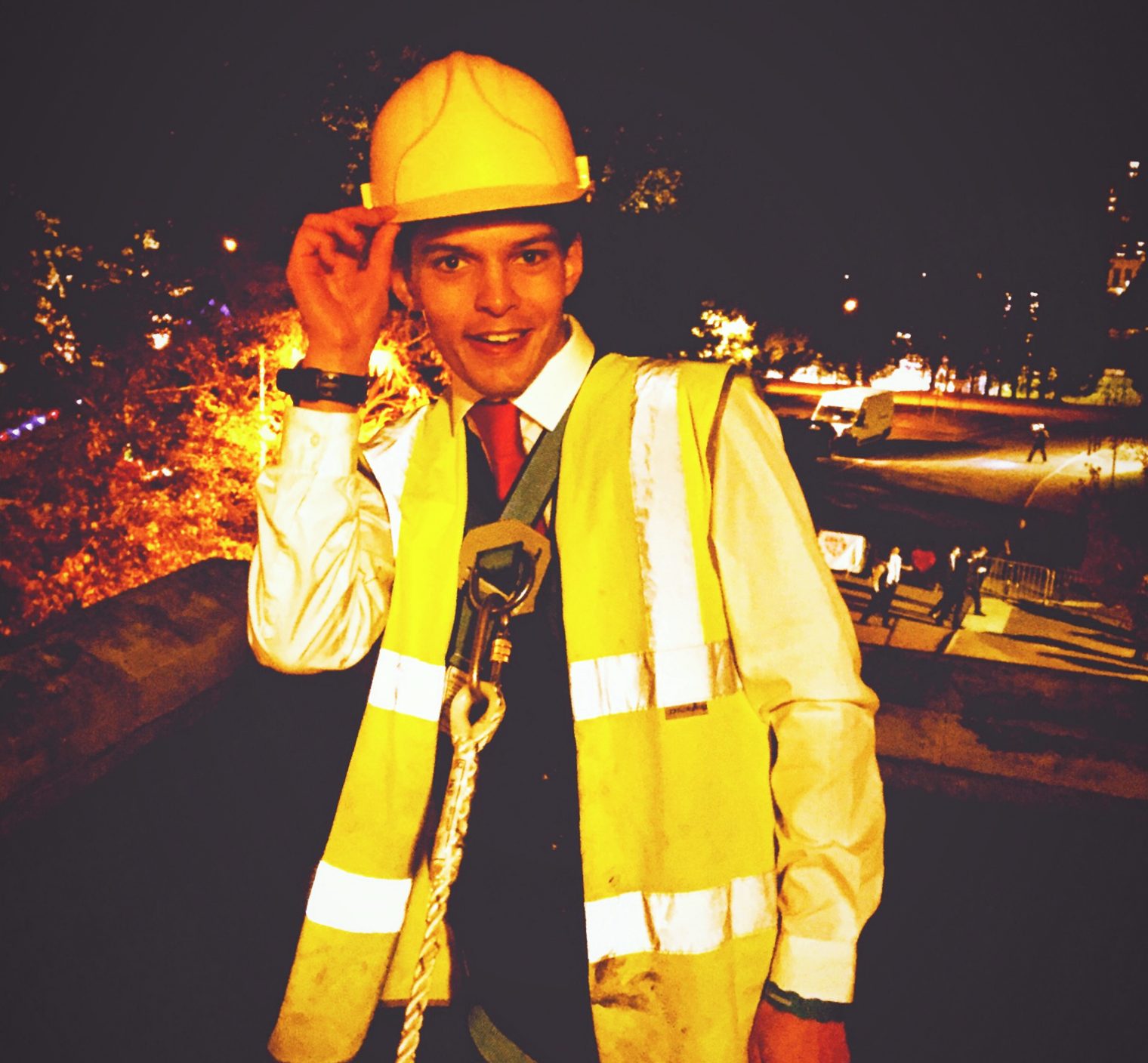 Finally while I am sitting with my legs up in the garden typing this, I’ve got one last motivational thing to say: for those of you nervously waiting for your A-level results, I wish you all the best. The day I found out I had never jumped so high in the air in my life.

And remember the unexpected can be fun. One night in my second year of freshers’ I ended up having to put a harness on and doing some aerial photography.