STEM is an acronym used to encompass the disciplines of Science, Technology, Engineering and Mathematics. Every year for the past five years the University hosts a STEM inspired Community Day, an event I loved participating in last year and this year will be no different. It will be an event held in conjunction with British Science Week specifically for the local residents, young and old, of Loughborough and the surrounding area, but everyone is welcome. The STEM Community Day 2017 will be held on Saturday 25th March, 1pm to 5pm and like previous years will be open to everyone for free!

The Loughborough STEM Community Day was originally started by Dr Sian Williams who was inspired by Sandie Dann in the Chemistry Department’s successful “creating a colourful life” family sessions and who wanted to provide a similar experience but to a larger audience. The community day is a means for the university and its science expertise to come together to host a fun, interactive and stimulating exhibition of what science is and how it applies to everything from custard to the Great British weather.

I had the opportunity last year to take part and will do so again this year. I was helping out on a stand that was all to do with magnets and magnetic fields last year. Mainly aimed towards little children, the activities on the stand allowed them to use magnets to race little toy cars or to play around with the characteristics of magnetic levitation which requires a basic knowledge of magnetic polarity.

One young lady was particularly captivated with a bottle of ferrofluid suspended in an oil. Originally invented by NASA as a liquid rocket fuel, the liquid, when placed in a magnetic field, becomes magnetised. The fluid produces a series of conical patterns on its surface which is known as normal-field instability.

I had another young man who told me very clearly and concisely all that he knew, which was a great deal more than many adults I know, about the Earth’s magnetic field. He only stopped to push his glasses back up his nose and enquire as to my thoughts on the magnetic poles of the earth flipping. 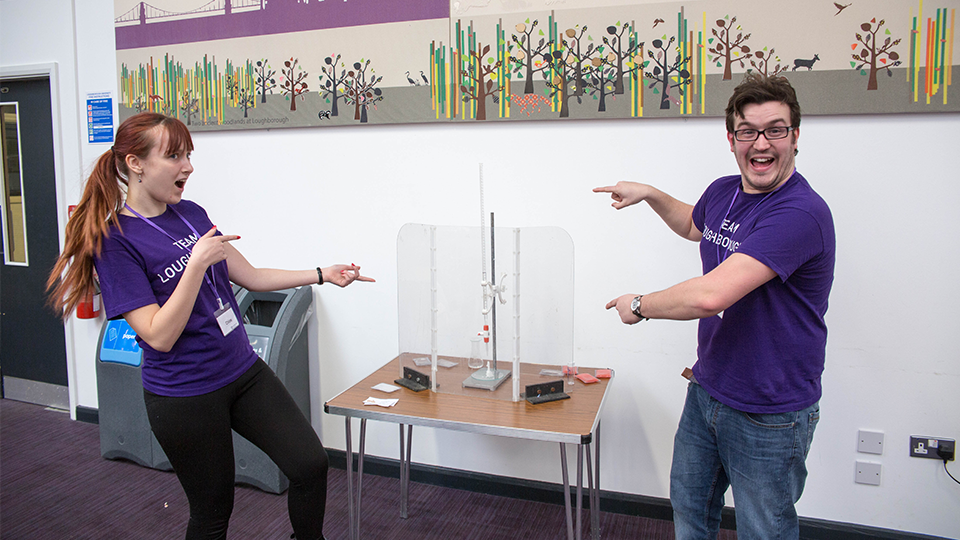 It’s a real joy to interact with children at events like these and be able to not only show them the science but explain it to them as well. The ease with which their curiosity and interest can be pinged, to use a spot of computing terminology, has always been fascinating to me. As a study in the cognitive science journal, Cognition, a few years ago pointed out, children are natural scientists with constructive play being experimental in nature.

As someone who is passionate about science and in getting more children regardless of their gender, ethnicity and background involved in science, I feel that events such as these and large scale platforms such as British Science Week are extremely important in engaging the future generations of scientists. British Science Week this year will be held between the 10th-19th of March 2017 and is intended as a celebration of STEM across the UK for all ages. British Science Week in 2015 held over 5000 events with more than 1.6 million participants at activities all over the country.

Around a thousand people attended the hugely successful Community Day last year and I’m sure this year will be no different. Everyone, no matter their age, will be able to find something that will interest them. There will be a programme of activities such as walking on custard (protective shoe covers will be provided), Batak, fruit piano and human-sized bubbles. Interactive workshops where you can build your own solar car, weather station or design a pavilion. Lectures and exhibits will also be held demonstrating a science fair created by local secondary schools, explaining how to become a “citizen scientist” or showcasing creations made using a 3D printer.

I’ll be around the whole day, so if you happen to see me please do say hello.