Being a student-athlete at Loughborough

Hi! I’m Lauren, and hopefully this blog will give you an idea of what it is like to be a student-athlete at Loughborough University.

I currently play netball for Loughborough Lightning and England Netball, and I am in my fourth year of university, about to complete my degree in Sport and Exercise Science. It is a three-year course, but after having finished the first two years, I was lucky enough to be able to split my final year over two years to allow more time for training. The University was really helpful in allowing me to do this, as it has given me the chance to continue playing at the highest level, whilst also having the time to complete my studies to the best of my ability. The extra time also meant that I could fit in some part-time coaching to allow me to earn a bit of extra money!

I have been juggling netball and university for all four years of my course, and I found this was easily doable during the first two years. Once I entered my third year, I found the increased workload and training difficult to keep up with, particularly because I didn’t want my grades to suffer. I ended up completing two thirds of my final year in year three, leaving just my dissertation to complete in my fourth year. This worked perfectly for me as it meant I could complete it from home, whilst travelling to Loughborough for a few dissertation meetings and regular training. Luckily for me, I only live 45 minutes away, so home comforts and mum’s cooking make it worth the travel!

Over the past four seasons, Lightning’s success has increased and I have been lucky enough to see the improvements first hand. The appointments of Karen Atkinson and Olivia Murphy as Head and Assistant Coach respectively, both ex-England internationals, shows just how much the team has progressed. This year we were unfortunate to just miss out on our target of making the semi-finals, but there is a growing belief that this is where the team will be in the coming years. 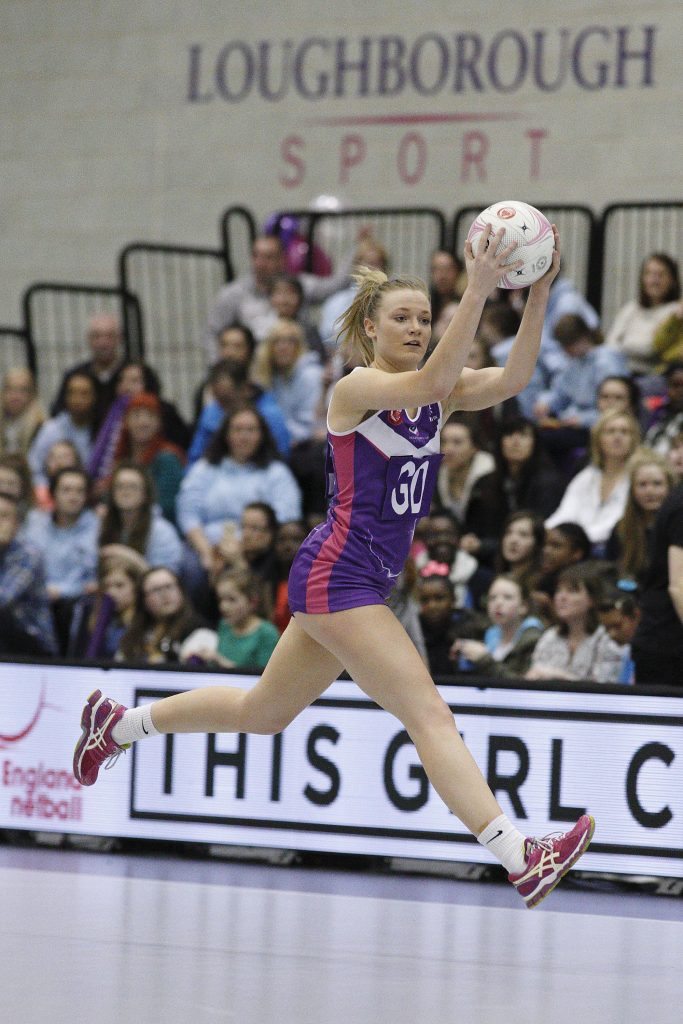 Being part of the Loughborough Lightning squad is great because it gives me exposure to top-class international players. Players such as Peace Proscovia, the Ugandan Captain, and Jo Trip from New Zealand are both part of this years squad, alongside senior England Internationals Ama Agbeze, Sasha Corbin, Kadeen Corbin and Jade Clarke. The experience that students like me gain playing alongside players of this quality is invaluable, and it is great to meet new people from all over the world.

As my time at university is coming to an end, I have the scary prospect of entering the real world and finding a job! The Sports Marketing Department at Loughborough Sport have been very generous in allowing me to do some work experience with them over the last few weeks, as this is something I am looking into as a possible career. I am hoping to continue to volunteer over the summer, as it has been a great opportunity for me so far and I’m really enjoying it.

Hopefully this has given you an insight into life as a student-athlete at Loughborough University, and from personal experience I’d definitely recommend it!

Hi! I’m Lauren, and hopefully this blog will give you an idea of what it is like to be a…