The End of First Year

So, it’s come to that time of the year again when summer exams finish, the wait for results begin, and a summer starts. But one difference this year is that I have officially finished my first year at university! I will give the stereotypical statement of ‘what a rollercoaster it’s been’ because it very much has been that. In this month’s blog I have decided to give my review of first year at university to perhaps give an idea of what to expect for anyone planning on going to university in September.

I want to firstly start by talking about the stigma that surrounds going to university of that it’s going to be the best years of your life’. And well in my honest opinion, I think university is what YOU make of it. If you want it to be the best years of your life, then you have to be prepared to dive headfirst into everything on offer and hope you meet some great people. I think I joined university with few expectations (maybe because I was the first in my family to go) so for me, it has exceeded what I thought it was going to be, although it took time. Personally, my second semester was 10x better than my first. I think this was mainly because I felt more comfortable in general with friends, flatmates, where I was, lectures, etc. Loughborough began to feel more like home for me in second semester which therefore allowed me to enjoy university a lot more as I was no longer lost (literally) and I had built better foundations with my friends.  But, in saying this, some of my friends at Loughborough and at other uni’s, loved their uni life from the word go and still do at the end of first year, so I guess it’s mainly down to personalities and like I said different expectations and different ways of tackling the first few months at uni.

After speaking to some of my friends at uni I think the best attitudes to have when going to university are don’t expect anything! Don’t force anything! Don’t compare your first few months in uni to other peoples! (Because trust me; 1. It’s different for everyone and 2. Although they may appear to be having ‘the best years of their life’- they may not be.) If you come with this open mindset of ‘uni is what YOU make of it’ rather than ‘im going to have the best years of my life at uni’, then ultimately you will most likely be super pleased with how uni is rather than being confused as to why your uni experience may not seem as good as someone else’s. 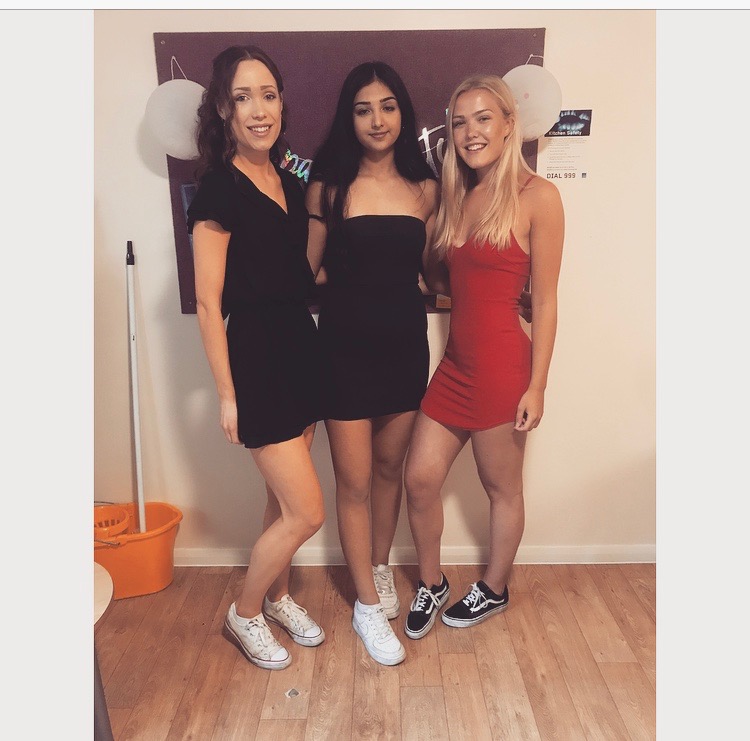 Now back to the rollercoaster statement. Yes- university is a rollercoaster and it’s a different ride for everyone. Some people will have their ups in the social side, some in the sport and some maybe in the academic side but trust me everyone will have some lows whether it be homesickness or struggling with assignments- it will happen. Personally, the ups outweighed the lows. Majority of my downsides in my first year of university came from some tricky assignments/exams and from being homesick in the first semester. But then my upsides came from the social side of my friends and sport. But as I said, all in all, it worked out to be a good year, I learnt so much not only in my degree but also about myself as a person, one example being that I’m not as adventurous as I first thought I was, as I do get homesick pretty easily!

Another key, essential fact about first year is that IT GOES SO QUICKLY. Honestly, I don’t know where this year has gone- cliché I know. So, I guess a tip I can give is make sure you make the most of your time in your first year because after all you are only a fresher for a year.

All in all, I look back at my first year as a year I definitely won’t forget. It has made me realise that I need to take more opportunities that arise and make sure I make the most of my second year of uni, as after all, it will probably be this time next year in a blink of an eye!

Making the right choice for me – Apprenticeship Experience

My experience of being a Welsh student at an English…