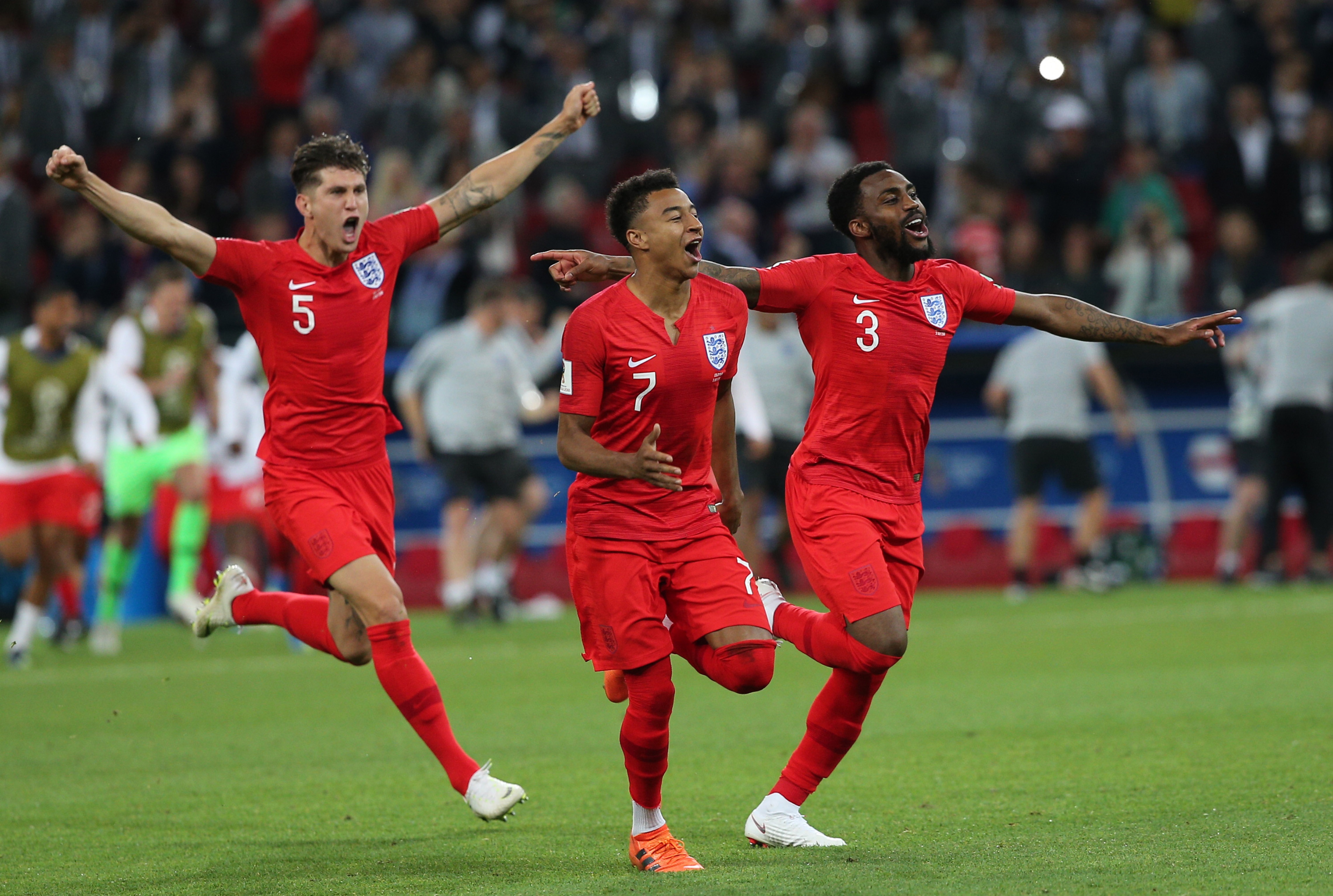 World Cup: how England play youth and inexperience to their advantage

Following England’s victory against Sweden on Saturday July 7, the newspapers resumed their fascination with the young age of the team, as if their youth and inexperience determined their ability to cope with the demands of the 2018 World Cup. Earlier this month, England manager Gareth Southgate was quoted in the Telegraph as saying “I really believe in the group of players we’ve got. They are young. They are inexperienced. For some of them, this will be one of the biggest games [against Colombia] they’ll have been involved in.”

In fact, the average age of the squad is 25.6 years, and in comparison to the world cup winning squad of 1966 (26.5 years) they are just under one year younger.

If we compare positions, the current squad of midfielders are actually older on average than their 1966 equivalents – 25.9 versus 25.6 years.

Excluding the goalkeepers, the current squad have only one less cap (522), than the 1966 squad (523) and thus similar experience of international football. “Caps” refer to the number of times each player has appeared in an international game and based on this, there is greater experience in the 2018 squad in outfield positions compared to their 1966 counterparts.

This is particularly true for the 2018 forwards who have 50 more caps than the 1966 forwards at an average of ten more caps per player. So, in most positions, the ages between the 2018 and 1966 squads are almost equivalent and the experience of the 2018 squad is greater.

Croatia is the oldest team in the semi finals with an average age of 27.4 years, followed by Belgium at 27.2 and France at 25.6 years, which makes them the same age as England (25.6 years).

However, all three sides have more experienced players, with total caps of 1,154 for Belgium, 957 for Croatia and 669 for France. England (538 caps) has only one player (Cahill) with more than 50 caps. The majority of extra French caps in comparison to England are due to the presence of the French goalkeeper and captain, Hugo Lloris, who boasts 102 caps. Belgium has 12 players with more than 50 caps, while Croatia has six and France five.

So, in this year’s World Cup semi finals, England stands out as the youngest and least experienced side. The consensus that they also represent the most promising squad England has fielded in a generation seems to contradict our knowledge of the selection process experienced by talented young footballers, which assumes that premature talent must be developed at a young age to breed a successful adult side. But is that actually the case? Are talented young players with lots of experience likely to mature into world class players?

The process of player development is now started at very young ages and most leading football clubs have “scouts” searching for the next Ronaldo, Messi or Kane. Their selection process identifies players in their early teenage years who will join development squads and be nurtured to achieve success at premier league level.

The relationship between physical development and athletic performance has been of interest to scientists for decades, and generally demonstrates that the early developing child will be selected for inclusion in athletic squads. The rate of physical development is extremely variable and is most noticeable during the adolescent years when some children will achieve physical maturity two to four years before their late developing peers. They will, at the same early adolescent ages, be taller, heavier, faster and stronger than later developing children.

The football scout will select, for obvious reasons, the largest, strongest and quickest boy with the knowledge that skill can be taught and will be developed at club level. As long as the physical frame is present the rest is about coaching.
Or is it?

While early developing boys are more likely to be selected for sports teams, especially those involving physical contact like football and rugby, some interesting research on the eventual fate of those boys who progress through to club and international level football should make us reconsider the wisdom of “biggest is best” during the adolescent years.

Researchers at the Center for Health, Exercise and Sport Sciences in Belgrade followed the fate of 14-year-old boys from the Serbian youth soccer Division One. At the age of 14, they were designated as early, average or late developers according to their skeletal maturity, which measures the rate at which the skeleton develops.

Success in adult football was defined by their presence at age 22 in an adult national team, or as players in clubs competing in the five premier international football leagues – La Liga, Premier League, Bundesliga, Serie A, and Ligue 1. Of the 44% of boys classified as early developers at 14 years of age only 12% succeeded in international or premier league teams compared to 38% of the average developers and 61% of the late developers. This outcome suggests that football may eventually exclude early maturing boys and favour late maturing boys as the level of performance increases.

Could it be that the late developing boy, consigned to the sidelines while the early maturer exerts his physical dominance on the school sports field, is actually being given valuable opportunities to develop the skills that will eventually lead to professional success?

It’s something worth bearing in mind. More experience earlier in life does not guarantee continued improvement, and although we still select players in a process that prizes early adolescent development, paying more attention to late developing children could pay dividends in future England squads.