It doesn’t seem like five minutes ago since we were celebrating the 15th anniversary of the launch of LORLS and now here we are now at its 20th. Unfortunately the current lockdown prevents us from celebrating its birthday in the usual manner (i.e. with cake).

LORLS was initially conceived of in 1999 in response to an enquiry to the Library from the University’s Learning & Teaching Committee. The system was written using the open source LAMP development stack and launched the following year. Since then it has been used by a dozen other institutions, survived six major revisions, three different library management systems and seen the rise and fall of numerous other reading list management systems.

So what does the future hold for LORLS, well the sad truth is that all of the staff involved in its development have either moved on to take on new responsibilities or left the institution. And finally after 20 years there are now commercial offerings that at least meet, if not exceed, the capabilities of our little in-house system. So whilst LORLS is not yet dead, it is more than likely it will be taking a very well deserved retirement at some point in the coming years.

Fifteen years ago a reading list system (initially unnamed) was launched at Loughborough University. The system allowed staff to input reading lists item-by-item using a HTML form and display these web-based lists to our students with links to the library catalogue to check stock availability.

Since that time the system has undergone six major revisions. These revisions have extended the functionality to allow “drag-and-drop” reordering of lists, display of stock availability and book covers, importing of citations from Word documents and so much more! Also the system gained a name, LORLS. 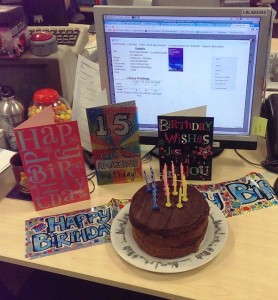 We’ve even had birthday greetings and cards from our friends at PTFS Europe and Talis. 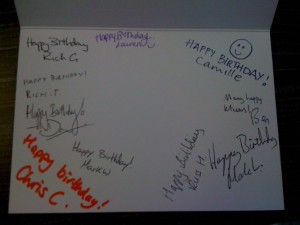