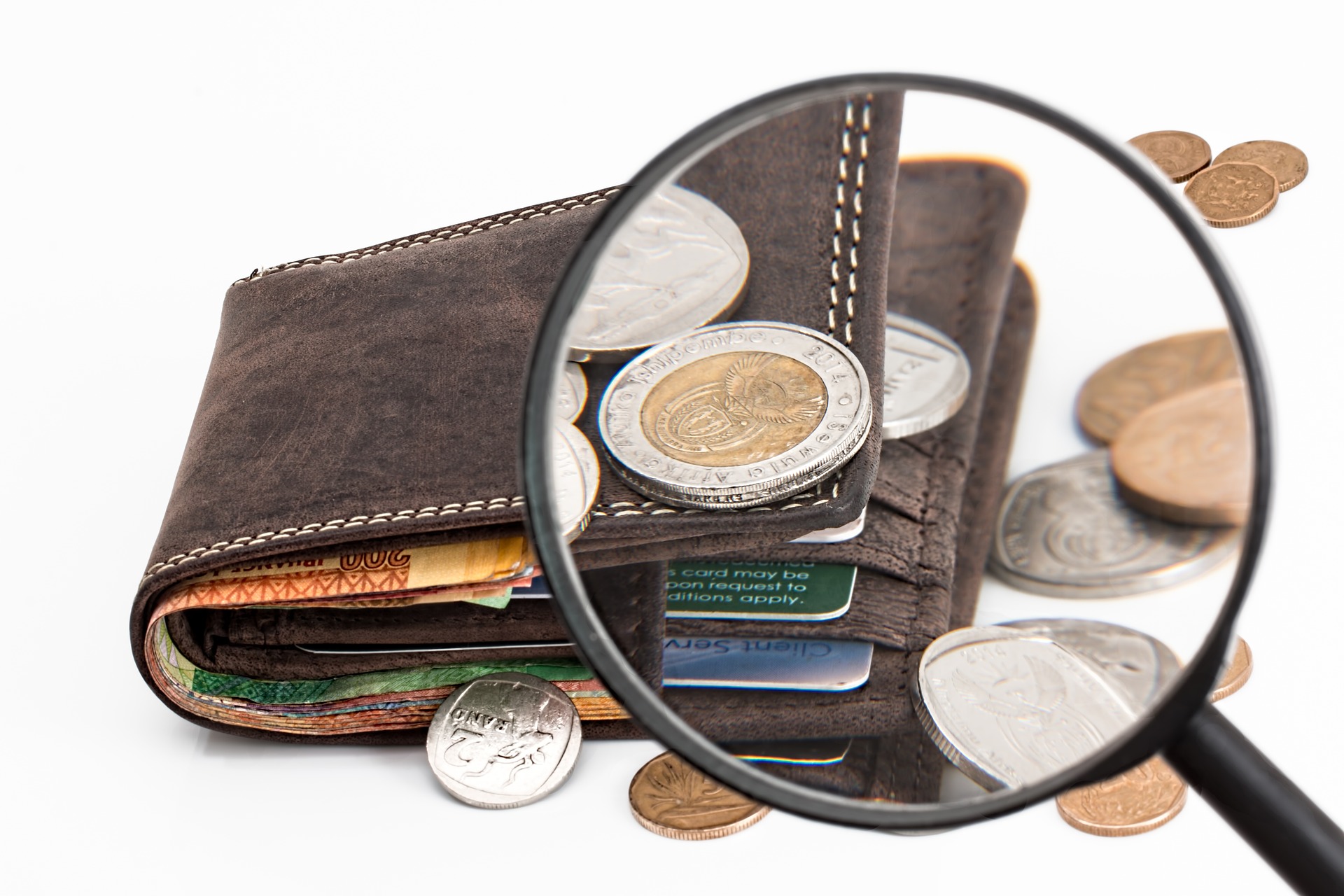 The UK chancellor of the exchequer, Philip Hammond, has delivered a budget which offered help to first-time home buyers and the prospect of more money for workers in the National Health Service, but his speech was partly overshadowed by sharp cuts to GDP growth forecasts from the Office of Budget Responsibility (OBR).

Our team of academics deliver their verdict on the measures introduced and opportunities missed.

The UK economy is in desperate need of a reboot but the chancellor has delivered a “neither here nor there” Budget. The two big economic issues are stagnant productivity and the uncertainty of Brexit.

Productivity – often measured as output per hour – is the key driver of economic growth which in turn determines real wages, profits and tax revenues. But productivity is no higher now than it was just before the 2008 financial crisis and the OBR has today revised down its forecasts of future productivity growth.

The chancellor pretended to be the investor that the economy needs but he reverted to type with a budget based on the narrow principles of accountancy and the constraints of fiscal rules. Hammond outlined a hotchpotch of “action plans”, “task forces” and “reviews”. The one substantive policy was the much-needed investment in housing but even here the policy is a combination of “capital, loans and guarantees” with little detail of how much will be new money.

The government needs to substantially reformulate its fiscal rules and develop a coherent investment strategy if it to ensure long-term economic transformation and the development of an economy that can cope with turbulence of Brexit.

Regardless of the size of the deficit and the economic effects of Brexit, the UK’s fundamental economic problem is productivity growth. Output per worker has been stagnant and there is a concern, as highlighted by the OBR’s forecasts, that the UK’s productive capacity has been severely damaged.

Until productivity rises, wages will remain stagnant. Although employment has been robust there is still significant underemployment built into the labour market. The government needs to create an environment that encourages businesses to invest. One way of doing this would be to create a public investment bank or a sovereign wealth fund to take advantage of the historically low borrowing costs available in the financial markets.

The OBR predicts that trend growth is now around 1.5%, much lower than the historic trend of around 2%. This lower projection suggests that the UK’s productive capacity has been permanently dented after the financial crisis, the impact of austerity and uncertainty related to Brexit.

The Conservatives have done fairly well on tax avoidance in recent years. The decision to deduct UK income tax from royalty payments by high tech companies is also a good move. However, given the impact of the Paradise Papers there was nothing on public country-by-country reporting which would generate much greater transparency as to where multinational firms locate their income.

On the face of it the 2017 budget offers an impressive attempt to address the UK housing crisis, but it may simply be that the chancellor is running to stay still.

Proposals to boost housing supply to 300,000 net additional homes a year on average by the mid-2020s, eliminate rough sleeping by 2027 and revive the homeownership dream for young people by cutting stamp duty are all welcome. However, there are questions about whether the proposals are compatible or achievable. Setting housing supply targets is easy. Meeting them is notoriously difficult. How will the plans to boost construction industry skills have any net positive effect given the likely fall in migrant construction workers as a result of Brexit?

The abolition of stamp duty for first time buyers on purchases up to £300k (£500k in London) is also dubious. Will this not simply boost demand in that sector of the housing market, further inflating prices of “entry level” housing? And in the absence of any significant new money for social housing it’s hard to imagine how rough sleeping, which has risen by over 130% in England since 2010, will be significantly reduced any time soon.

There is little to address regional inequalities which lie at the heart of the UK housing crisis. And it’s hard to see how Hammond’s measures could offset what Boris Johnson called the “Kosovo-style social cleansing of London” and other major cities as low income households are increasingly priced out of inner city areas.

There is good consensus now about housing issues that need to be addressed. There should be more ambition on supply along with investment; there should be concrete action to tackle the rise in rough sleeping; and there should be greater diversity in house-building with less reliance on high-volume house builders. There is also a need to address a land market which, left to its own devices, may see land being hoarded and used for speculation rather than being built out.

On each of these points, action is promised by the chancellor. Hammond issued a “use-it-or-lose-it” threat to developers, but critics would observe that detail is sketchy (with a review and a taskforce rather than concrete policies on land and on rough sleeping). Some themes (such as the land question) were raised in February’s White Paper and are simply reiterated, without policy having developed in the meantime. Clearly the biggest headline will go to the stamp duty reduction for first-time buyers. The problem with such instruments is that they risk raising house prices rather than helping with supply.

Universal credit is a disaster waiting to happen. It introduces quite draconian cuts to some of the most vulnerable groups – the disabled and single parents in particular. It also provides employers with new opportunities to pass the costs of flexibility on to their workforce in the hope that the state will pick up the pieces.

It no longer provides the incentives to work promised when it was committed to. Changes in this budget to the implementation are welcome as they will reduce the catastrophe of the most vulnerable having no access to funds and at risk of losing their flats or houses even if they stop eating.

But the shambles of universal credit is evident in the fact that the measures to allow for advances and continuity of benefits is to cost £1.5 billion. It is not clear why these basic rights were not built into the initial plan unless it is evidence of neglect of the needs of benefit claimants. The plan seems to be to prevent the system itself attracting criticism, probably in the hope that the general public will not care so much about the cuts being introduced or the flexibility provided for employers to offer whatever hours they wish.

This budget had some fine words about “helping families cope with the cost of living”. But for millions of families depending on benefits, tax credits and universal credit, it offered nothing to reverse the steady decline in living standards caused by freezing state support while prices rise.

All it really offered to low income families was a partial amelioration of the problems that recent policies have created. Some measures were designed to make the transition to universal credit less painful. The government also increased its “local affordability funding”, which compensates some claimants hit by the freeze on permissible Housing Benefit levels, in areas where rents are rising fastest.

The just-about-managing (and not-managing) families receiving these band aids will gain nothing from the removal of stamp duty on buying homes that they could not hope to afford.

It seems that, despite some dire warnings, diesel drivers have been treated relatively leniently. Although older diesel cars will be moved up one band in terms of their Vehicle Excise Duty – which in some cases could add a few hundred pounds a year to their running costs – the fuel duty on both petrol and diesel will not be increased.

The extra income will be invested in the £22m clean air fund. Commercial vehicles will not be penalised in any way, however. Also, no penalty is envisaged for the latest generation of “clean” diesel cars, which suggests the government has accepted the industry line on these, rather than emerging independent testing evidence.

The chancellor’s admiration for driverless cars was included as one of the “cutting edge” UK technologies deserving of support under the government’s new industrial strategy. This was also linked with further support for electric vehicles, notably an additional £400m investment in charging infrastructure and a further extension of the plug-in car grant scheme. Also relevant in this context may be the £1.7 billion promised for local authorities to improve transport in their areas. Detail is lacking at this point, but if this can also be used to promote electric vehicles, that could provide an additional boost to infrastructure.

The chancellor’s decision to increase the duty on high strength cider looks like good news at face value. High strength ciders commonly contain 7.5% alcohol by volume and are available in large bottles with up to 22 units (equivalent to a bottle of vodka) for as little as £3.50.

This product is consumed by heavy drinkers and young people and directly contributes to alcohol-related disease and death, violence and accidents. Increasing the duty could reduce harm, but in practice the budget increase is tiny and duty on other alcohol products has been frozen – a missed opportunity overall.

In contrast, the budget has reinstated the tobacco tax escalator. Smoking is still the leading preventable cause of death in the UK, and despite recent drops in prevalence, up to one third of adults still smoke in our poorest communities. Higher prices do deter smoking, and today’s announcements could help us make further progress towards a tobacco free future.

The additional £2.3 billion in research and development funding announced in today’s budget is very welcome and much needed. It will allow universities to build new research programmes in collaboration with industry that identify, characterise and implement the disruptive technologies necessary to drive change in the autonomous vehicle, mobile communication and artificial intelligence technology sectors, which should all now see a significant boost in funding.

These are areas where both UK industry and UK academic research is strong, and therefore the country is well equipped to compete globally. The combination of research and development in advanced technologies within these sectors, coupled with a good supply of talented young people entering these industries, will help drive improvements in productivity and promote economic growth within the UK.

A major theme of the budget is the need for innovation. The chancellor boldly promised that the UK will be “at the forefront of a technological revolution”. This claim is supported by an extra £500m to boost technology development around electric cars, artificial intelligence, and robotics. This, however, pales in comparison to the technological challenges facing the country.

Right now, the creation of a high-tech economy is as threatening as it is exciting. The rise of artificial intelligence, robotics, and automation brings risks of higher unemployment, greater feelings of social alienation, and widening inequality. What is absolutely crucial then is to promote a programme of innovation that directly addresses present and upcoming economic, political, and social challenges.

This includes investment in civic technology, the use of big data to create “smart solutions” to create more sustainable cities and communities, and the application of virtual and digital technology to improve public services. In the long term, we must ensure that this research and development is aimed at more than just commercialisation but opening up the possibilities of creating a more egalitarian, free, and less economically insecure tomorrow.