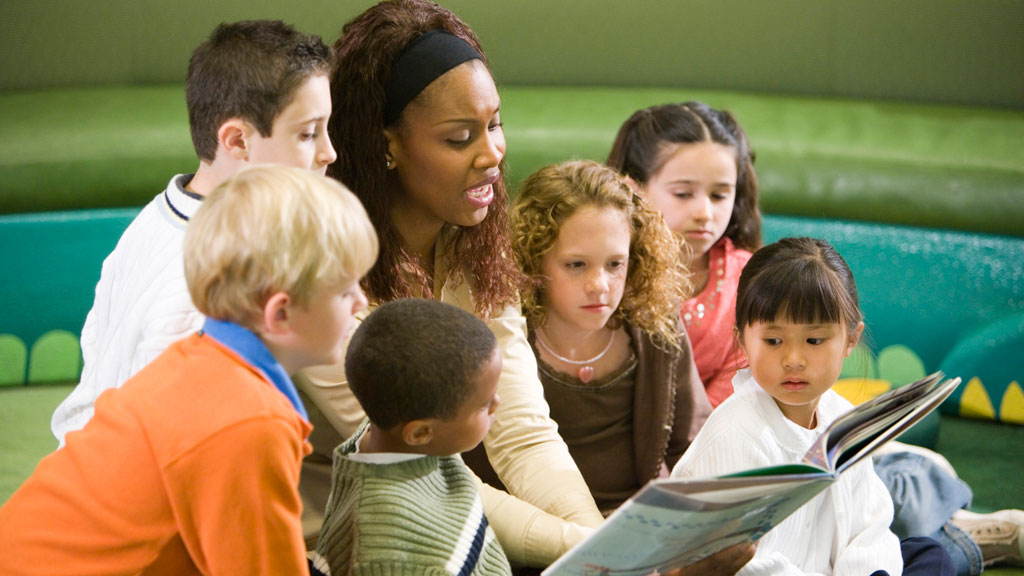 The children sat and listened: Storytelling and learning

Dr Marianne Bamkin explains why listening to stories is vital in helping our children to learn.

I realised that World Book Day is again upon us by spotting a Facebook post from George at Asda advertising “World Book Day dressing up costumes”. Yet another way for a company to profit from overworked parents whose children have been asked to “dress up as your favourite book character”. I have not noticed Asda putting out adverts for “buy a book for world book day”, there may be some, but I haven’t spotted any. 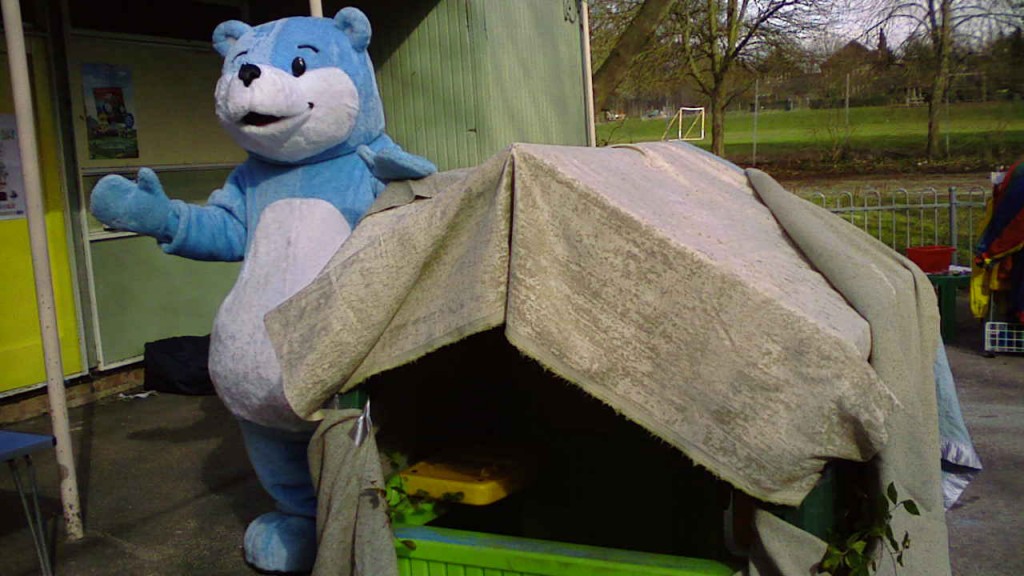 Dressing up as your favourite character has become a central part of World Book Day at schools.

I fully appreciate the great delights of dressing up, I love to do it myself, and I totally understand teachers’ attempts to get their students to engage with books by becoming a book character. I also know that simply listening to a story being read or told ad hoc is a powerful way to develop children’s thinking and reasoning.

In my past I have been involved with World Book Day as a parent, teacher, library assistant and researcher.

My doctoral thesis was about children’s mobile libraries (CMLs) and whether they scattered the seeds of literacy around in their travels as well as a love of books. I gathered my data by travelling around the UK on a variety of CMLs.

One memorable World Book Day was spent on a CML accompanying staff visiting a series of children’s nurseries. They had pre-arranged that they would read We’re going on a bear hunt to the children in the nursery, then the children would re-enact the stories and a “real” bear would appear (well, the BookStart bear at least). The children were fascinated, by sitting still and listening to the story, by actively walking around their nursey experiencing the story, and with the strange blue bear.

I noticed throughout my data gathering trips on CMLs that I kept writing one phrase in my field notes repeatedly – “The children sat and listened”. In fact I gathered so much data about storytelling on CMLs that it became a separate piece of work.

So how does something passive, such as sitting and listening, have an effect on thinking?

The theory that I developed is that listening to stories told and read aloud develops children’s knowledge and awareness of literacy, the world, themselves and their place in the world. This is in the small environment of a large tin box containing books, stories and words where it is difficult for attention to stray. I have not yet tested the theory elsewhere. 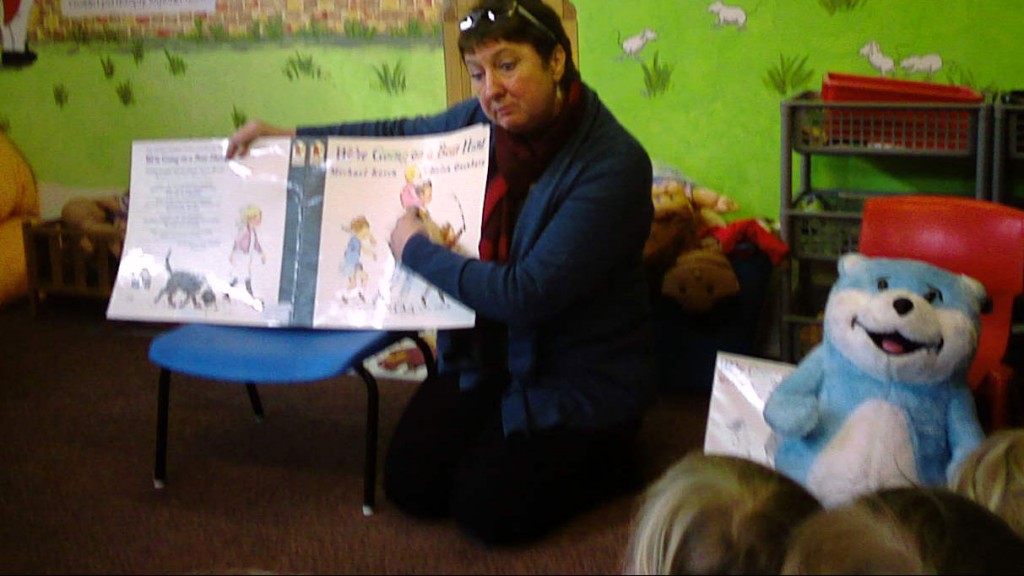 The physical passivity of children listening to a story is deceptive. There is a theory that people tend to enter a mild hypnotic state as they listen to a story (the effect is stronger on some people than others). While they are in a rare state of relaxation, their brains are becoming flooded with pleasure promoting hormones and their neurons are forming connections. This state increases the capacity to learn, and that is where knowledge slips in.

Stories are made up of words, some of which may be new to the children, and used in the correct context these increase children’s lexicon. The words are generally arranged in coherent, grammatically correct sentences, therefore increasing children’s understanding of grammar. If the story is being read aloud with pictures and words being shown to the children as the story progresses, they become familiar with the context of the story and that written symbols carry meaning.

Stories may originate from a culture different to the children’s or be set in a historical context.  For instance, in Farmer Duck, the farming is carried out by hand rather than by machine. Other books are set in the natural world or even life as experienced by some of the audience for example, parkland or a block of flats. This is how geography and history can slip in to the active mind.

Many stories portray emotions, such as the Little Princess books by Tony Ross, so children find out about the world around them and how people react in that world. More importantly, stories present imaginary situations, the world of “What if” and a suspension of belief which stimulates creativity.

Vygotsky believes that imagination feeds the creativity which gives humans the drive to invent and to change their current circumstances. The brain of the sedentary children listening to stories is actually working frantically and learning to think.

Therefore, this world book day, if you have access to a child, sit them down, look them directly in the eye and start “Once upon a time…”

Top tips for storytelling to children

Eight top tips for terrific storytelling, based on my research: