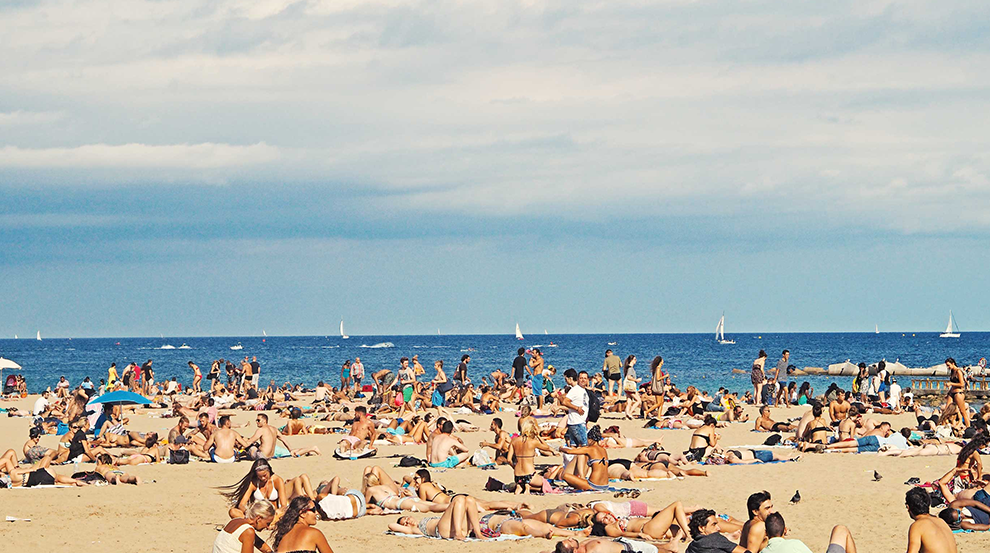 Electric fans may not help the elderly in a heatwave

Researchers have found that when elderly people use an electric fan in extreme heat, instead of cooling them down, it actually raises their core body temperature and increases their heart rate.

Our bodies produce heat all the time. We need to lose this heat or we would overheat very quickly. Normally this happens in a number of ways: by heat radiation, by contact warming of the air that is around our body, by warming the air that we breath in, and by evaporating sweat from our skin.

A fan normally increases the heat loss from our skin to the air around us and stimulates the evaporation of our sweat, too. But when the air gets hotter, and it becomes warmer than our skin, the body will absorb heat from the air instead of losing to it. A fan in that case will increase the amount of heat absorbed, just as a fan-assisted oven heats food faster than a conventional one.

Despite this, the fan will still help evaporate our sweat. So whether a fan is good or bad in the heat depends on the balance between increased body heating and the extra cooling from sweat evaporation. The question is: up to what temperature is a fan helpful in cooling you down?

In 2015, Ravanelli and colleagues showed that even at 42ºC, young people benefit from an electric fan, up to 50% humidity, which means it would be effective in most heatwaves. But in this week’s paper, Gagnon and colleagues repeated the experiment with people between the ages of 60 and 80 and found no benefit of the fan to the experienced heat stress. In fact, there were negative effects for some of the participants.

The body’s ability to keep its temperature in a safe range (thermoregulation) becomes less effective as we age. Blood vessels in the skin that open up to allow heat – transported from the body’s core – to dissipate are less responsive in the elderly. People also tend to sweat less as they get older, so the cooling that’s achieved when their sweat evaporates is reduced, too.

In Gagnon’s study, the researchers put the elderly participants in a room of 42ºC, once with and once without the fan on, just as Ravanelli did with the young people. They started with quite dry air (30% humidity) and then incrementally raised the humidity in the room every five minutes up to 70% humidity. The point at which a participant’s body temperature and heart rate started to increase, they called critical humidity.

If a fan causes a higher critical humidity, it would imply that it helps to reduce the heat load. But while Ravanelli found that this was the case in young people, in the present study with the older group the responses were mixed. For the older group (looking at the average values for the group), the critical humidity stayed the same, so no benefit or worsening was observed. But, worryingly, in at least two people a substantially worse outcome was observed with the fan on. When looking at the heart rates and body temperatures across the experiment, the researchers found that with the fan on, these indicators of the body’s strain were significantly higher. In other words, things got worse with the fan.

Why this difference between old and young? In order to get the benefit of the fan at these high temperatures, the fan has to cause a substantial increase in the evaporation of sweat. This increase was seen in young people, but not in the study of older people. Their sweat rate didn’t increase, which is probably part of the reason why electric fans failed to cool the elderly.

But this is probably not the final word on the topic. The temperature chosen for this paper (42ºC) and the fan speed was quite extreme, so there may be benefits at lower temperatures and different fan speeds. Also, other solutions – such as spritzing the skin with a water atomiser to increase evaporation – haven’t yet been explored. Given the impact expected from climate change, and the need to reduce the energy cost of cooling solutions, this topic will undoubtedly get more attention in the future.