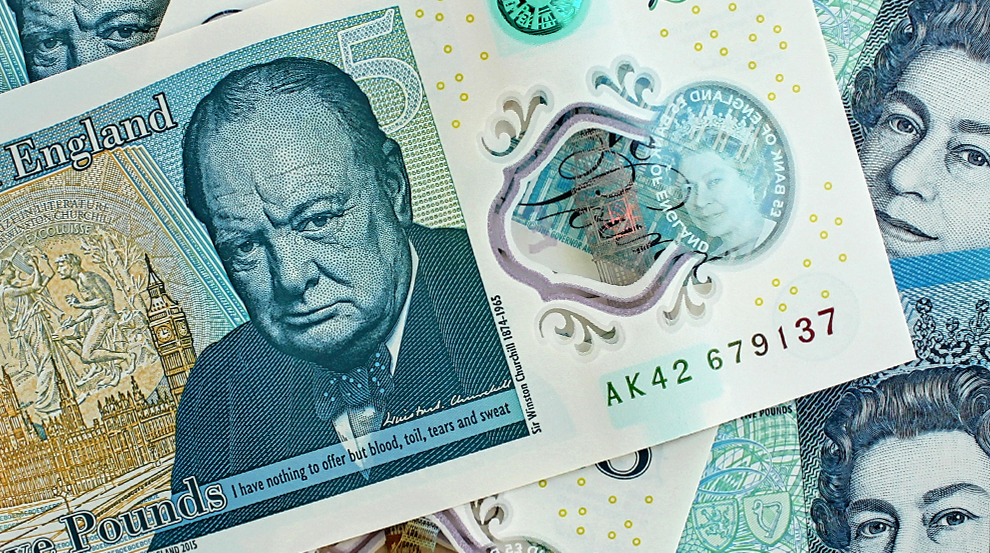 The UK has just introduced plastic banknotes, almost 30 years after they were used for the first time in Australia. The polymer notes are designed to last longer and be harder to forge. But the new notes, which will replace the old cotton paper ones entirely by 2020, come with a challenge for police detectives and forensic scientists.

The existing techniques for obtaining fingerprints from paper notes won’t necessarily work for the new plastic money. However, our team at the chemistry department of Loughborough University has developed a potential solution.

The use of fingerprints in forensic science may date back to the 19th century, but in the UK alone it still plays a key role in bringing charges in some 27,000 crimes a year, according to Home Office data we obtained. But new materials can pose significant challenges for fingerprinting. We’re forever trying to make things biodegradable, or handling devices that simply didn’t exist a decade or two ago.

The issue is that the new notes have been fashioned from “biaxially oriented” polypropylene, a type of plastic that has been strengthened by stretching it in two directions. They are also, as with all notes, deliberately fiddly in design. Illustrations and security features such as foil and transparent sections make it harder to develop a perfect print.

The key is to try to find a method that will make the design of the note invisible and just highlight the print. Conventional techniques, such as exposing the fingerprint to cyanoacrylate (“superglue”) fumes that stick to the moisture in the ridges of the print and turn them white, can struggle in such circumstances. The developed print simply appears white and so is harder to see against the background, and it leaves an indelible mark or stain that means the note can’t be returned to circulation.

To overcome these various problems, we combined several techniques for revealing and capturing fingerprints that together can be used to successfully retrieve prints from plastic notes. This involves placing a thin layer of copper over the note that helps reveal the prints when illuminated with light of a certain wavelength, rendering the background of the note effectively invisible. You can also then cover the note in a forensic gel, which is usually used to retrieve footprints and similar marks at crime scenes. The gel is then peeled off and treated to reveal and preserve the prints.

The process relies on a technique known as vacuum metal deposition, VMD. This involves placing the sample in a high-vacuum chamber and then heating copper wire until it effectively boils. The resulting vapour is then allowed to condense in a layer of precisely defined thickness.

Once the copper is in place, the note is illuminated with light of many different wavelengths. To the naked eye the results appear underwhelming. But if filters are used to just let near infra-red wavelengths through, then the prints are revealed against an almost invisible background.

We now need to test whether the technique can work on notes that have been through the washing machine or degraded over time. Predicting just how this would change surface interaction with prints is not so easy. But our method combines two technologies (VMD and imaging systems) that are already well established in forensic circles.

The added bonus is that an invisible layer of copper just a few nanometres thick wouldn’t damage the notes and they could easily be returned to circulation. So forensic scientists should be able to start gathering evidence from the new plastic notes right away, without having to put their impressive durability to the test.