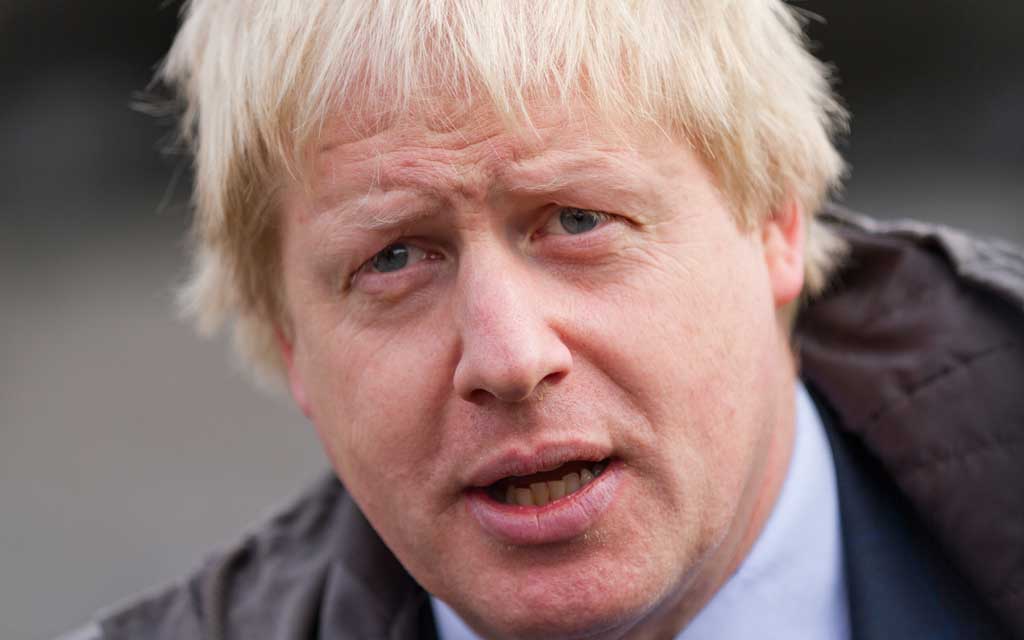 This is the first in a series of reports by the Loughborough University Centre for Research in Communication and Culture on national news reporting of the 2016 EU Referendum.

The results in this report are derived from detailed content analysis of news coverage of the EU Referendum produced on the weekdays (i.e. Monday to Friday inclusive) between 6 May and 18 May from the following news outlets:

We analysed all EU Referendum related news found in the entire duration of all the above named television programmes. For the press, we included referendum news found on the front page, the first two pages of the domestic news section, the first two pages of any specialist election section and the page containing and facing the papers’ leader editorials. Two inter-coder reliability tests were conducted to check the robustness and consistency of these measures.

The report has three sections, assessing:

This initial analysis demonstrates the narrowness of news coverage of the referendum so far. Reporting mostly focused on the process and conduct of the campaign, and in particular the personal rivalries it has exposed at the heart of the government.  In terms of substantive content, coverage of issues to do with business, trade and the economy were most reported, receiving twice as much prominence as ‘Immigration/ border controls’. A wide range of other issues related to the vote (the implications for the environment, travel, social rights, constitutional issues) barely registered.

The narrowness of the issue agenda was reflected in the limited the range of reported participants. Conservative party sources dominated press and TV reporting, in particular the actions and interventions of David Cameron, Boris Johnson and George Osborne. The new era of multi-party politics in the UK is not reflected in Referendum coverage since polling day a couple of weeks ago: Labour voices have been side-lined and the Lib Dems, SNP and other parties are virtually invisible.

Beyond the party political sphere, only a small number of civil society voices (i.e. trade unions, NGOs, citizens) gained any media presence In contrast, government agencies and business and corporate sources secured small but not insignificant profiles. At this stage, it is difficult to discern whether ‘remain’ or ‘leave’ is winning the media war.

This section examines the issue agenda in the reporting of the referendum during the sample period. What issues have dominated coverage so far, and what have failed to attract much attention? (see Table 1.1)

Note: up to three issues could be coded per news item. To be coded, an issue reference needed to occupy at least THREE FULL SENTENCES in an article, or 10 SECONDS of broadcast time. Where more than three issues were addressed, the most prominent were coded.

Commentary: A narrow debate on a few issues

The dominance of coverage of the process and conduct of the EU referendum is not unusual for political reporting of this kind (similar trends are found in the reporting of General Elections). The conduct of the referendum campaign is of added importance because it has implications for the future of the Conservative government (will Cameron remain Prime Minister? Will the government make effective use of its slim majority given divisions in the Party?) and the next Conservative leadership election (will it be Osborne, Johnson or another who triumphs?).

Various issues are highly marginal, attracting little or no coverage, which indicates the narrowness of the EU debate in media reporting at this stage in the debate. Significantly the implication of the Referendum vote for UK devolution was not covered by TV news and there was only one press article in our sample period. Issues such as the environment and employment rights attracted little attention in a debate dominated by Conservative and business actors. Farming received scant attention despite being a sector whose fortunes are intimately tied to EU policy- making.

This section examines which individuals, organisations and institutions received most media coverage for the sample period. Table 2.1 shows the top 10 most frequently reported individuals.

Table 2.2 compares the relative prominence of women to men across all coverage and confirms that the absence of female representation in table 2.1 is indicative of a wider underrepresentation in Referendum coverage sampled here. The gender gap was greatest in the press, but women were also significantly marginalised in TV reporting.

Table 2.2: Relative prominence of women to men in Referendum coverage

(Note: Up to 5 actors could be coded per item. Where more than 5 were featured, the most prominently quoted and positioned were coded.  Percentages have been rounded and totals may exceed 100)

Commentary: Three Men and a Vote

In both press and TV coverage, the EU referendum is largely a ‘Tory Story’ so far, dominated by three figures who have been implicated in a future Conservative party leadership contest. Other civil society groups and the public were squeezed to the margins of coverage. Citizens were essentially by-standers in the press, although there was more effort by broadcasters to include public perspectives. NGOs and trade unions were almost nowhere to be seen. In contrast, the voice of business secured a small but significant presence.

The prominence of government department/agencies is noteworthy. This presence is largely explained by the recent intervention of Mark Carney, Governor of the Bank of England, who warned about the economic risks of leaving the EU. This gained greater traction in TV than in press coverage. Elsewhere, international/non-UK actors gained some coverage, but for all that the EU Referendum debate remains a decidedly British affair. Finally, despite the abundance of ‘campaign process’ coverage noted earlier, the pollsters hardly made a showing.

Directional balance assesses the favourability of coverage towards different campaigns and campaigners. We have developed several measures for this aspect of coverage, the first of which quantifies the balance between different stances of the individuals and organisations engaged in the debate.

The Referendum campaign has presented major challenges to the unity of political parties, most notably the Conservatives. Figures 3.1 & 3.2 compare the divisions of opinion within parties about the referendum vote, in press and television coverage respectively. 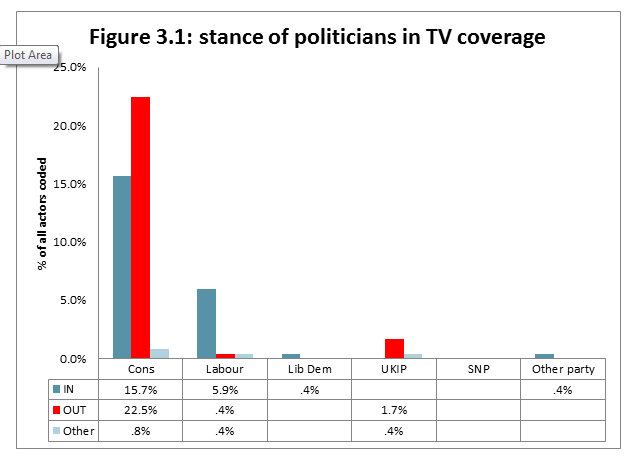 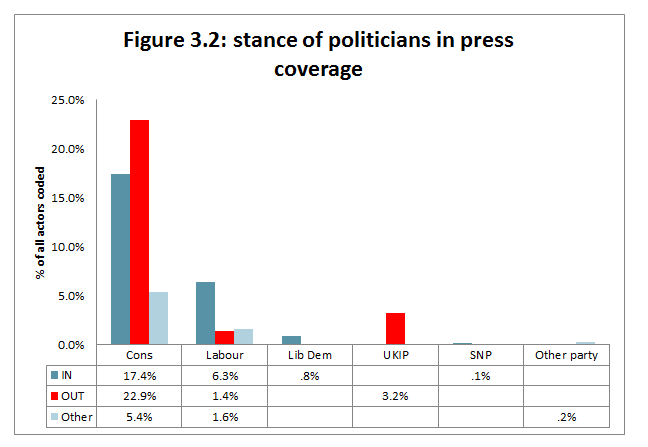 Tables 3.3 and 3.4 compare the respective stances of a selection of institutions, individuals and organisations beyond the party political sphere. 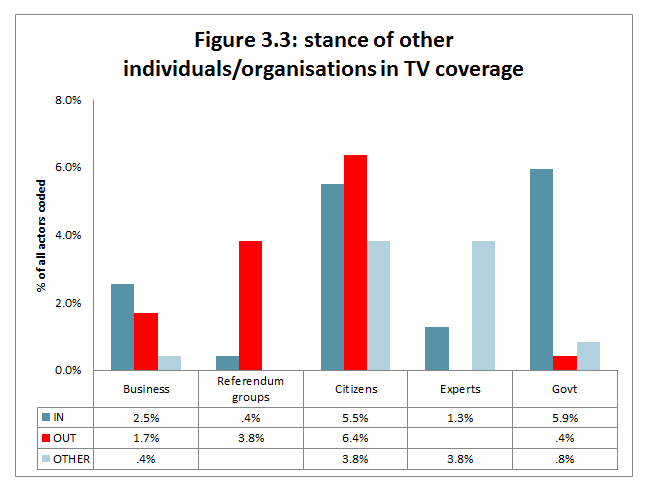 Figure 3.3: stance of other individuals/organisations in TV coverage 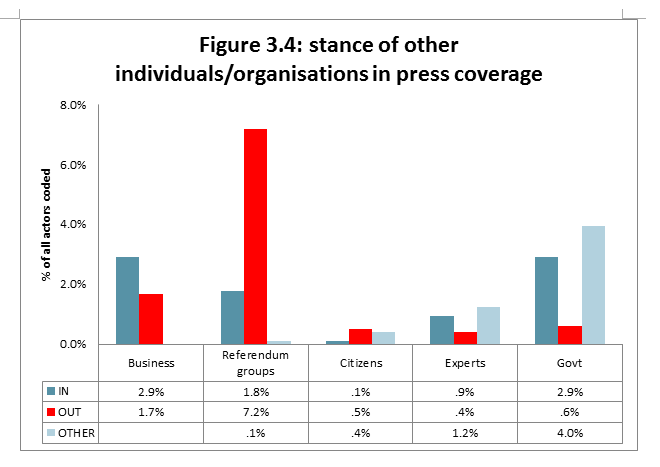 Figure 3.4: stance of other individuals/organisations in press coverage

Overall patterns of IN and OUT stances

Table 3.5 provides an aggregation of the stances of all individuals and organisations featured in the sample period. 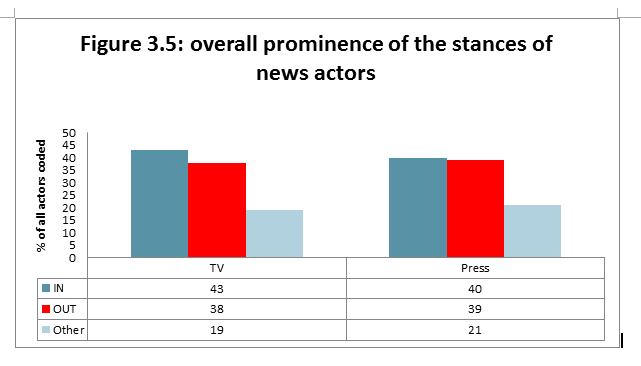 Figure 3.5: overall prominence of the stances of news actors

To develop our analysis of directional balance, we also measured the frequency with which advocates of IN or OUT were reported ‘on the front foot’ – attacking their opponents or advancing their arguments – or ‘on the back foot’ – responding to the claims of others or defending themselves from attack.

Figure 3.6: frequency with which IN/ OUT campaigners were ‘attacking’ or ‘defending’ in TV coverage 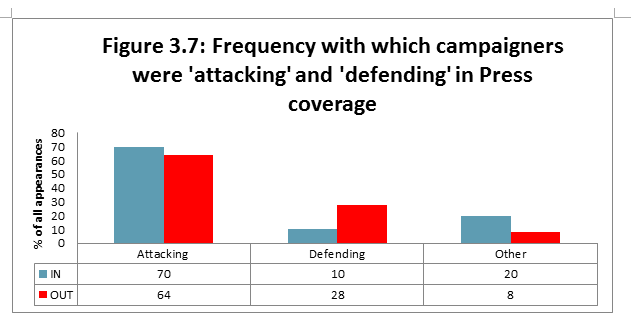 Figure 3.7: Frequency with which campaigners were ‘attacking’ and ‘defending’ in Press coverage

As a final measure, we made an ‘in-the-round’ assessment of the extent to which the evaluative implications of each news item tended to support either IN or OUT positions (in assessing this we considered the dominance of particular news stories and the relative positioning and accessing of political actors within the item.)

The results of this analysis are set out in Table 3.1.

The cumulative results on directional balance suggest some distinction between press and TV coverage of the referendum campaign. TV news coverage was more favourable to the IN campaign, according to a range of measures. Individuals or organisations advancing the case for remaining in the EU were more frequently reported than their opponents. They were less defensive in their reported stances. And, although quoted less extensively than OUT campaigners, the ‘quotation gap’ was appreciably lower than found in press coverage. In press coverage, the directional division was closer and more polarised. However, these differences should not be overstated and do not provide strong grounds for arguing that any side is ‘winning’ the media war yet in terms of  favourability of treatment during the two week period sampled.