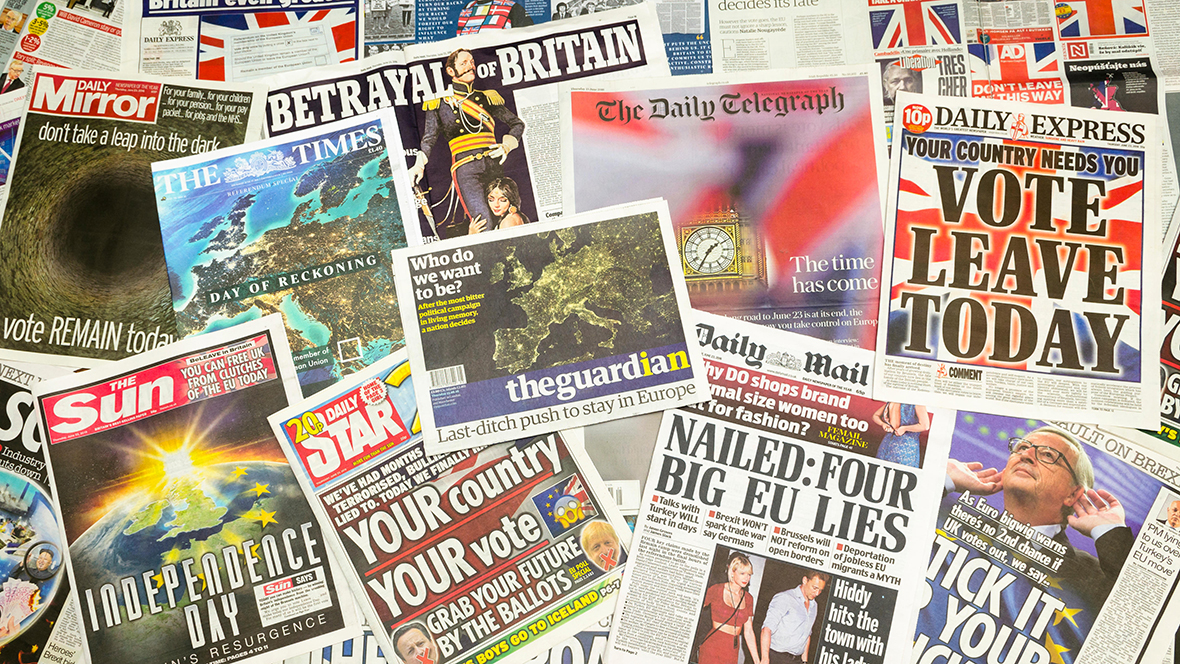 Media coverage of the referendum principally focused on (a) the drama and dynamics of the campaign, (b) the economic implications of leaving the EU and (c) immigration and border controls.This narrow issue agenda was consistently evident in TV news, pro-Remain newspapers and pro-Leave newspapers.

Economic news exceeded coverage of immigration for all but one sample week. However, in the last days of campaigning the gap between them narrowed.

Many issues that have received considerable media attention following the referendum, received negligible coverage before the vote. For example, consideration of the devolution implications accounted for 0.8% of all coverage and taxation issues were covered even less, accounting for 0.6%.  Between Friday 24 June and Monday 27 June, the national press published 198 items mentioning Article 50 of the Lisbon Treaty (which triggers the exit process). This represents a daily average of 49.5 items. Between 6 May and 23 June, they published 88 items mentioning Article 50, a daily average of 1.8 items.

The dominance of Conservative party representatives, which we noted in our first report, was sustained throughout. The brief upswing in Labour party representation noted last week, fell back in the last days of campaigning. The coverage was also highly ‘presidentialised’, dominated by the Conservative figure heads of the IN and OUT campaigns.

Despite concerns expressed at the start of the campaign, the Referendum was largely a ‘he said-he said’ contest. Women were consistently marginalised in news reporting throughout, despite the inclusion of women in several major televised debates.

National press coverage was highly polarised, with pro-IN papers emphasising pro-IN campaigners and arguments, and pro-OUT papers emphasising pro-OUT equivalents. In aggregate terms, this produced a ‘coverage gap’ of 60%: 40% in favour of OUT campaigners. However, when these differences are weighted by circulation, the difference extends to 80%: 20%.

This is the fifth report by the Loughborough University Centre for Research in Communication and Culture (CRCC) on national news reporting of the 2016 EU Referendum.

The results in this report are derived from detailed content analysis of news coverage of the EU Referendum produced on the weekdays (i.e. Monday to Friday inclusive) between 6 May and 22 June 2016 from the following news outlets:

This report has three sections, assessing:

This section examines the issue agenda in the reporting of the referendum during the sample period. What issues have dominated coverage so far, and what have failed to attract much attention? And has there been any shift in the media agenda on a week by week basis? 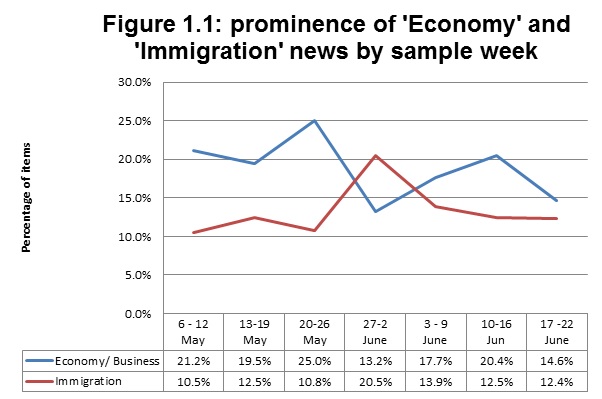 Throughout the campaign three issues dominated the media agenda: the economy, immigration, and the conduct of the campaign itself. In the first three weeks of the campaign economic issues received consideraby more attention than immigration to the benefit of the In campaign. There was, however, a significant shift in week 4 with immigration overtaking economic issues and this signalled a shift in momentum towards the OUT campaign. Subsequently, while the economy regained its pole position, there was much more of a sense of parity between the two main substantive issues in the final weeks of the campaign than at the start. The issue of immigration received more than twice as much media attention than the issue of sovereignty, which serves to question post-referendum claims from the official OUT campaign that the issue of immigration was not central to the political process.

The referendum debate was certainly not about the consequences of the vote for the issue of devolution with the issue attracting less than 1% of media coverage. Given the clear majorities for Remain in both Scotland and Northern Ireland and post-referendum calls for independence, this is a remarkable absence in the coverage of the campaign.

As a supplement to this point, we have examined how frequently national newspapers referred to ‘Article 50’ of the Lisbon Treaty in coverage before and after the referendum decision. (This is the procedure that governs how a member state leaves the EU.) Between 6 May and 23 June, an average of 1.8 items per day across all national papers mentioned Article 50. Between 24 and 27 June this average figure has risen to 49.5 items per day. 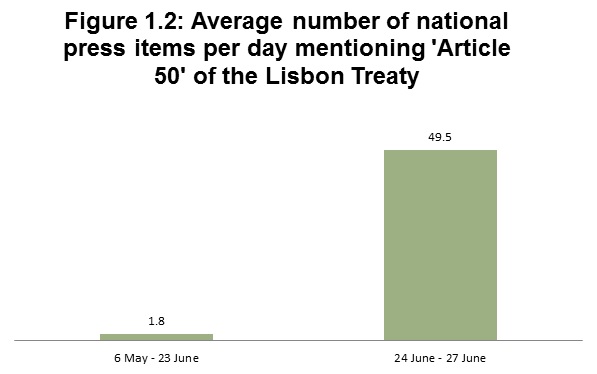 This section examines which individuals, organisations and institutions received most media coverage. Table 2.1 identifies the ten most prominent politicians for the entire sample period. 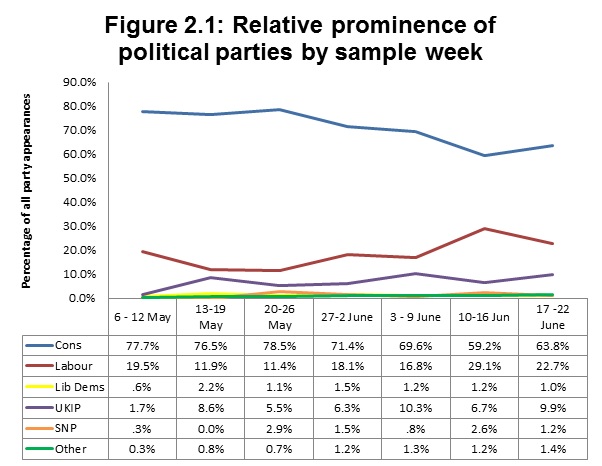 Table 2.2: Comparison of the frequency of appearance of all news sources by media sector

The Referendum was dominated by Conservatives in two different senses.  Firstly seven representatives were among the ten most prominent figures during the campaign and the party also supplied half of the top thirty who attracted nearly three quarters of appearances between them.  Secondly this advantage was significantly magnified by the presidential nature of a debate where the explicit news media focus was on a relatively small group of individuals led by the two major protagonists on either side:  the Prime Minister and his potential successor Boris Johnson.  Their prominence, together with the other men who dominated the campaign, also made this a decidedly male-centred campaign.  Although just under a third of the top thirty were women, most were placed in the lower half of the list having collectively attracted just 10% of all appearances.  The most prominent female campaigner was Priti Patel who, along with Mayor of London Sadiq Khan, provided a BME presence in an otherwise white dominated debate.  Three non-UK based campaigners also made the top ten in the guise of the most prominent EU leaders including German Chancellor Angela Merkel.

Overall there was broad parity between representatives of the IN and OUT campaigns listed in the top thirty with the former making a tenth more appearances than their rivals.  Within this there was noticeably less coverage of non-Conservatives including Labour leader Jeremy Corbyn.  Several of his colleagues made the top thirty but only did so in the bottom half of this group.  Furthermore in reporting by both the IN press and TV the ratio of Conservative to Labour appearances was approximately three to one rising to four to one among the OUT papers.  Collectively Labour representatives received just over a seventh of appearances devoted to this in the top thirty with the penultimate week of the campaign being their most prominent one in news terms.

Despite all having longstanding positions on the European issue the other party leaders, with the exception of Nigel Farage, received markedly less coverage than they had in the 2015 General Election.  No Liberal Democrat and Green spokespeople made the top thirty and the only representative to do so from the similarly pro-EU Europhile the Scottish National Party was its leader and Scotland’s First Minister Nicola Sturgeon.  Sturgeon ranked in the middle list compared with Farage who was the most prominent non-Conservative figure in the campaign.  Furthermore the UKIP leader was the only member of his party who attracted significant media attention.  Of the non-party representatives featured in the news coverage, business people were more prominent in the IN rather than OUT press and TV.  More noticeably the broadcasters gave markedly more attention to the concerns of citizens compared with the print media.

Figure 3.1 shows the proportion of women in TV and the press. 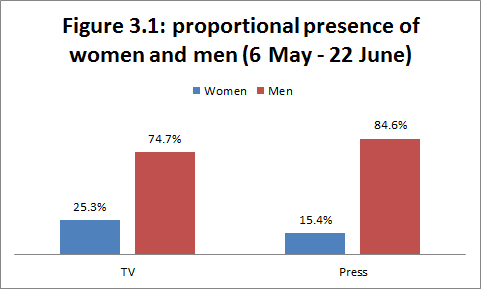 Figure 3.2 shows the percentage of women appearing in the press and on television across the seven weeks of the sample period. 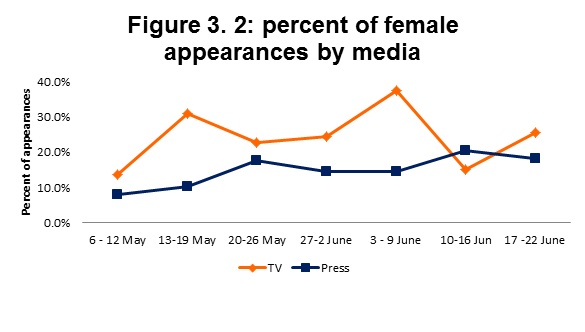 Table 3.1 compares the average quotation time or length for women and men on television and in the press.

Table 3.1: Average quotation time for Women and men in coverage

This means that when women do appear in the coverage, they receive as much quotation time and space as men. The main problem is that they do not have access to the media.

The roles played by women in the coverage emphasises this lack of access. Table 3.2 shows the distribution of men and women by category:

Figure 4. 1 compares the volume of items in newspaper coverage that favoured either side[1]. Figure 4.2 weights these figures by the circulation of each newspaper. 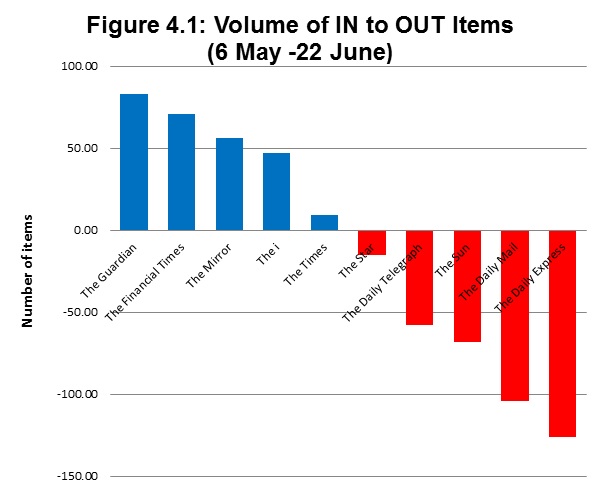 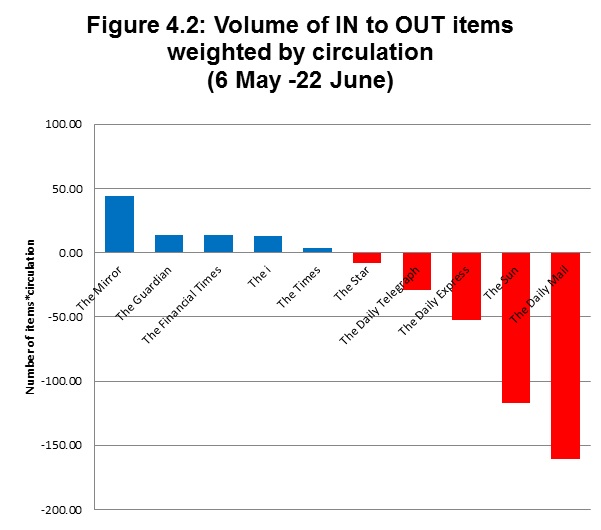 Table 4.1 includes television news in a comparison of the distribution of items that favoured positions in the Referendum debate. 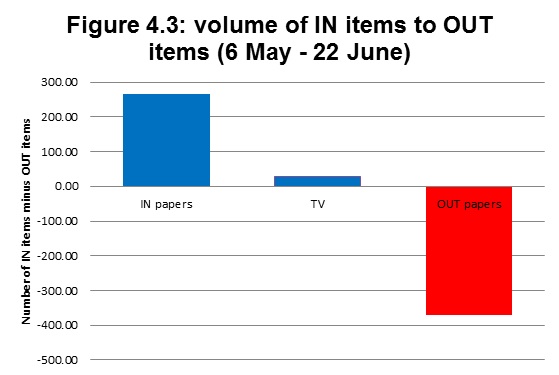 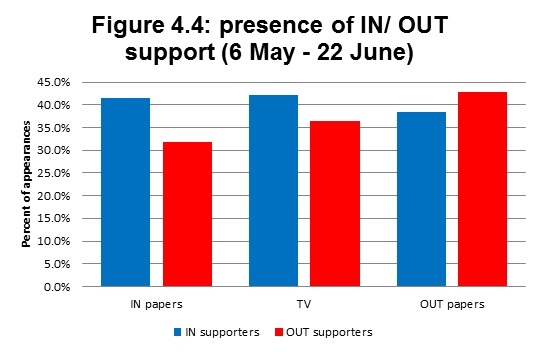 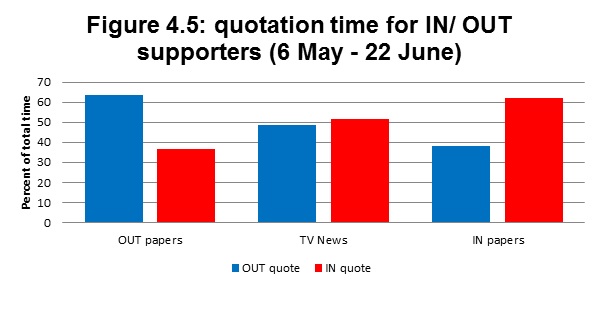